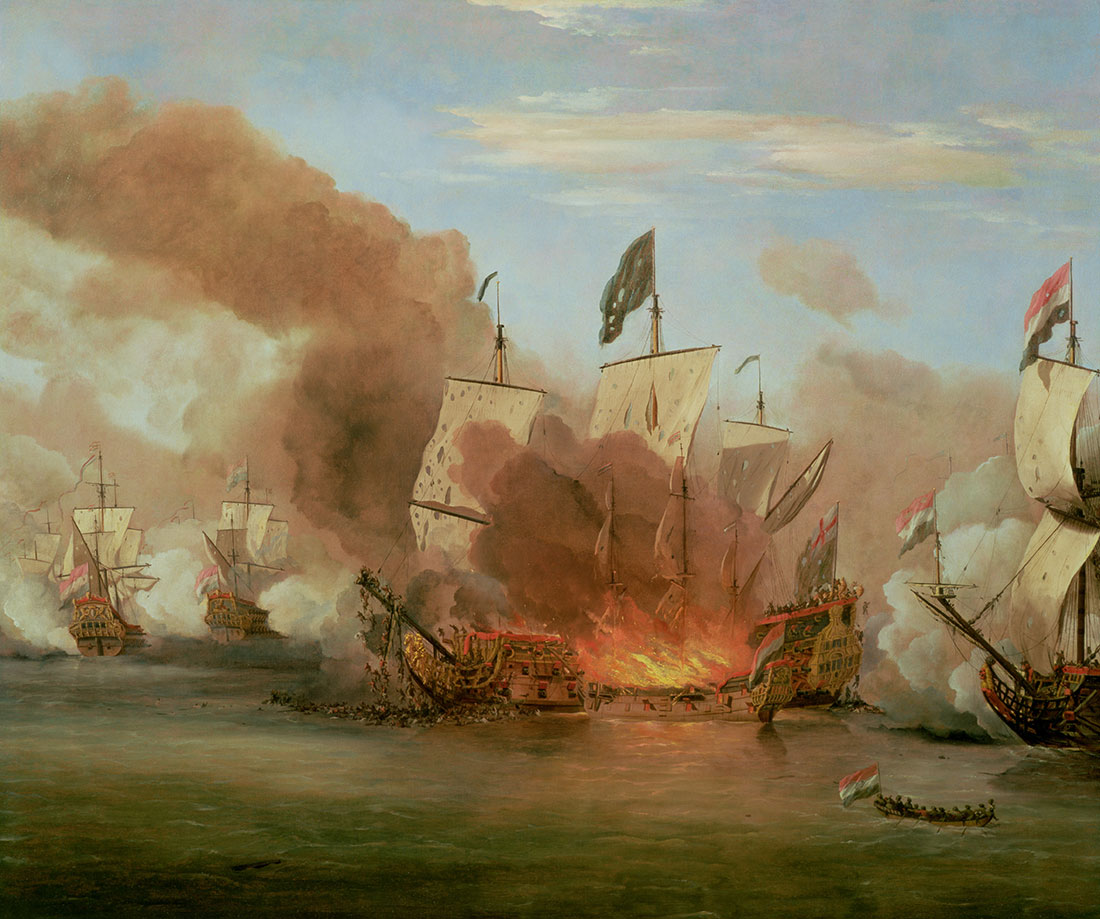 Much of the action of the Battle of Sole Bay, fought on May 28th, 1672, took place so close to the Suffolk shore that it might have been watched from land. Afterwards England’s Lord High Admiral, James, Duke of York ordered his senior officers to write reports on the events of the day and these make fascinating – if conflicted – reading. They were politically sensitive, however, and were not widely disseminated. For a panoramic view of events we are indebted to the dozens of on-the-spot sketches made by Willem van de Velde the Elder (c. 1611-93) as he was sailed through the battle in his small, unarmed galjoot.