Fireworks: The Power of Pyrotechnics

Though they originated in China, it was in the capitals of early modern Europe that fireworks flourished. They united art and science in awesome displays of poltical might, as Simon Werrett explains. 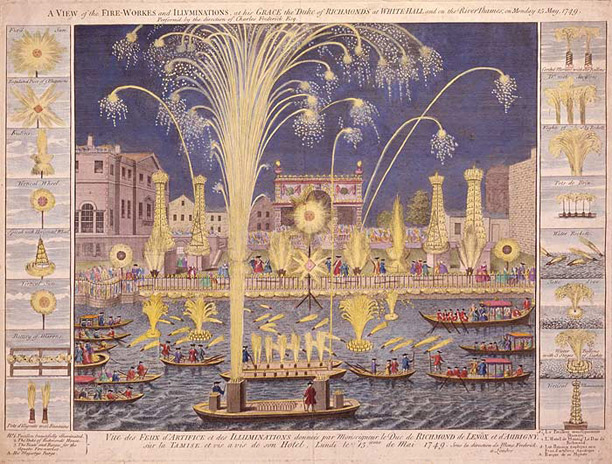 According to René Descartes’s biographer Adrien Baillet (1649-1706) it should be the business of the gentleman philosopher to attend court spectacles, to know what princes ‘do represent of most pompous and glorious upon the Theatre of the Universe’. One of the things Descartes and his scholarly friends would have seen were the new ‘artificial fireworks’ that graced many court festivals of the age, as gunners fired off thousands of rockets, bombs and fiery stars over lakes and rivers, or from brightly painted ephemeral castles and classical temples. Displays filled audiences with a mixture of wonder and terror.