Filipino Insurrection against US

Fighting broke out in the Philippines on the night of February 4th, 1899, after an American patrol shot a Filipino guerrilla. 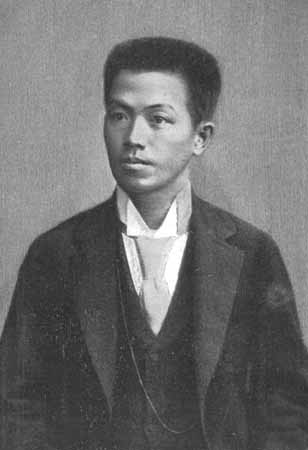 When the Spanish authorities in Manila yielded the capital of the Philippine Islands to American forces under Admiral George Dewey in August 1898, they knew the game was up and they much preferred to surrender to the Americans than to the native Filipino nationalists who were waging a guerrilla war against them. The Spaniards made it a condition that none of the guerrillas be allowed in the city, and none were.

The demand for liberation from Spain had been escalating in the Philippines since the 1880s and in 1892 a poor warehouseman named Andres Bonifacio founded a resistance group called the Katipunan ('Highest and Most Respectable Society of the Sons of the People'), dedicated to driving the Spaniards from the islands. Fighting broke out in 1896, the authorities mounted a reign of terror and the Katipunan was taken over by a rival leader, Emilio Aguinaldo, who removed Bonifacio from his path by the simple expedient of having him executed.

Aguinaldo, who was half-Chinese, also called himself General Miong. Despite General Miong's prowess, however, the rebels were overmatched and were forced back into the hills. In 1897 Aguinaldo accepted a substantial bribe from Spain to remove himself to Hong Kong, but he returned in May 1898, with Admiral Dewey's assistance, to help the Americans defeat the Spaniards. Thousands flocked to his standard and he took several provincial towns, set siege to Manila and solemnly proclaimed the independence of the Philippines at a ceremony on June 12th, now Philippine Independence Day.

Aguinaldo had been allowed to think that the victorious Americans would swiftly fold their tents and go away, leaving the islands to him and his nationalists, but they proved mysteriously reluctant to go, despite fierce criticism from their own anti-imperialists at home, and in December Spain formally ceded the Philippines to the United States.

In January Aguinaldo staged a solemn inauguration of the First Philippine Republic, presiding in top hat and white gloves, and wielding a tasselled cane. There was a grand banquet with a menu in French (coquilles de crabes, vol-au-vents à la financière, cotelettes de mouton à la papilotte...). Meanwhile an inconclusive conference was held with the Americans, whose commanders were using the time to make their preparations. On the night of February 4th, an American patrol shot a Filipino guerrilla on a bridge at San Juan. General fighting broke out and the Filipino fighters resisted bravely, though their leaders had all gone casually off home for the weekend. Aguinaldo tried to stop the fighting, but the Americans pressed on, the nationalists resumed their guerrilla tactics and the conflict dragged on for three years. When President McKinley announced his determination to 'civilise and Christianise' the Filipinos, Andrew Carnegie sourly remarked that about 8,000 of them had already been completely civilised and sent to heaven.

Aguinaldo was captured in 1901 at a secret headquarters in northern Luzon and soon swore allegiance to the American regime. He said he realised that the majority of Filipinos wanted peace, and he was 'confident that under the protection of the American people we would enjoy all the liberties promised to us...' He was rewarded with a US government pension and retired from view until 1935, when he ran for president of the Philippines and lost. When the Japanese invaded the Philippines in 1941, they found Aguinaldo handy as an anti-American figurehead. When the Americans returned he was arrested as a collaborator and briefly imprisoned; he was then in his seventies. He finally died in Manila in 1964, at the age of ninety-four.