Defending their homelands, Native American chiefs fought violently with European colonists. But when conducting diplomacy in the city, they drank tea, went to the theatre and dressed for the occasion.

In most artistic depictions of 18th-century American cities, busy harbours jostle with brick houses and grand civic buildings, while church steeples dominate the skyline. Representing progress and civilisation, there was seldom a place in the new American city – or in painted visions of it – for Native Americans who, when they do appear, tend to do so off to one side, witnesses to the scene but apart from it. Indians represented the past and the wilderness that the city was here to reclaim; it was no place for them. 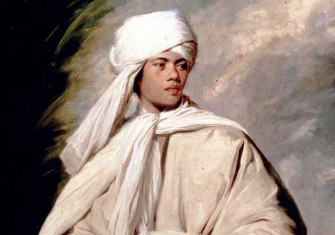 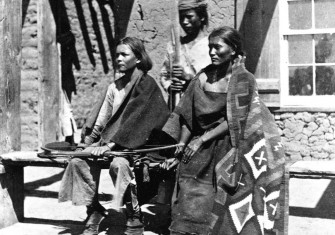