A French medieval historian, who served his country in both world wars, helped pioneer a new approach to history in between them. In 1943 a prim figure could be seen most days walking a meandering route across Lyon in occupied France. Starting from a quiet suburban lane, the small man with greying hair might enter an alley to exchange a few words with apparent strangers. Next, to a print shop where his briefcase might click open, papers emerging, and click shut. Halting in a shadowy spot, he would discreetly check slips of paper folded in a book of poetry or medieval lyrics, always at hand. Some days, crossing a bridge over the Rhône, he smiled and shook hands with someone as if he hadn’t seen them for years, though the two had met only recently. Monsieur Blanchard – that was the name he gave – was supposedly a salesman, an occupation that justified his long walks through Lyon. But he did not look like one with his round glasses, books and a cane for when his arthritic knee acted up.

And so it might, since the walking routes were long and the days of secret work longer for ‘M. Blanchard’, regional Resistance leader, code name, ‘Narbonne’. Along those routes, Narbonne collected and delivered coded messages, some going to the saboteurs and assassins of the Maquis, some to other regional commands. He contributed to Lyon’s underground newspaper. And, after the Allied landings in Italy in early 1943, Narbonne and other Resistance officers began planning for the Allied invasion of France. 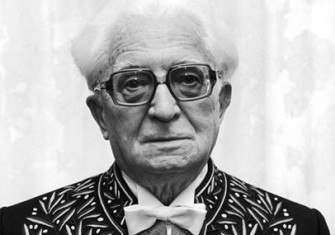