'The miracle at Philadelphia' was an amalgam of high principles and backroom wheeler-dealing, to provide safeguards for the smaller states. 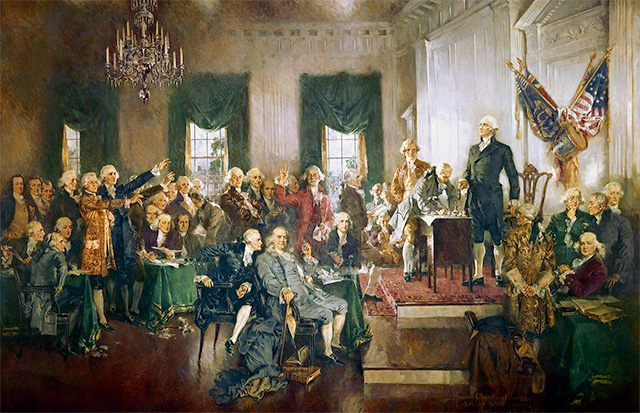 In 1878, when the United States Constitution was less than a century old, an inspired William Gladstone described it as 'the most wonderful work ever struck off at a given time by the hand and purpose of man'. Grateful Americans who still relish the approval of their former mother-countrymen have been quoting him ever since. But the appeal of Gladstone's aphorism rests on a deeper foundation – on the conviction that 'the miracle at Philadelphia' was just that. This image of the Federal Convention of 1787 is as venerable as the Constitution itself. 'The real wonder', James Madison observed: