Elders and betters? Attitudes towards old age in the society of classical Greece were enormously varied and often far from respectful.

Sailing to the Edge of the World

Shelia Fletcher questions the relationship between women and the church from the early nineteenth century.

Tempting Providence with the Turin Shroud?

Christopher Chippindale looks into the religious world of the Turin Shroud.

Fresh air, sexual liberation, manual work and socialism was the heady brew offered by the leading exponent of anti-Establishment attitudes at the end of the Victorian era.

A Passage from India

Keith Nurse examines a collection of Indian art at the Powis Castle in Wales.

Esmond Wright examines the American constitution and its workings after two centuries.

Clarendon and the Great Rebellion

Life a moral drama - Richard Ollard, author of the latest study of Clarendon, argues that he was uniquely placed, as both chronicler of and participant in the English Civil War, to reflect in his writings his way of 'making sense' of politics, history and religion.

The Cid of History and the History of Cid

A myth for all seasons - the treatment through the centuries of Spain's medieval hero as a blend of Robin Hood and King Arthur provides revealing insights into the political needs of both his contemporary and more recent biographers. 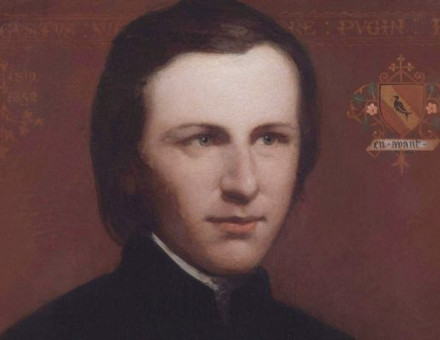 Once upon a time... nostalgia for the imagined medieval harmony of the arts, religion and society was a powerful impetus for the aesthetic revival in these areas in Victorian England.