‘A bold story of a society dramatically different from our own’

Neil Price’s The Children of Ash and Elm: A History of the Vikings is a wide-ranging and engaging account of the Viking Age. Never shirking from the cruelties enacted by the Vikings, Price has a knack for picking up on prosaic details to tell a bold story of a society dramatically different from our own. The Vikings may have been the first Europeans in America but Alan Mikhail’s God’s Shadow: Sultan Selim, His Ottoman Empire, and the Making of the Modern World makes a persuasive case for the importance of the Ottoman empire for the colonial expansion to the Americas in the 16th century. Sultan Selim was moulded by a formidable mother whose ambitions propelled her son to immense power and her political savvy makes her quite as interesting as her son. On the subject of mothers, The Haunting of Alma Fielding: A True Ghost Story by Kate Summerscale covers what might seem an odd subject – strange hauntings in 1930s suburbia – but this gripping book sensitively explores devastating themes of trauma and alienation. Sweeping across three millennia, Richard Ovenden’s Burning the Books: A History of Knowledge Under Attack deals with a different sort of loss. As a scholar of medieval manuscripts, I shuddered at the recurring destruction of libraries and archives, whether from neglect or for political ends and Ovenden makes a compelling argument for supporting the institutions that preserve knowledge for all of humanity.

My books of the year are Olivette Otele’s African Europeans: An Untold Story, a brilliant, important and beautifully written book that forces us to think about the past differently. I greatly enjoyed Neil Price’s The Children of Ash and Elm, a magisterial overview of the Viking age. And Tim Harper’s Underground Asia: Global Revolutionaries and the Assault on Empire is magnificent – it reads like a thriller and was difficult to put down. A special shout out too to Providence Lost. Crisp, exciting and well-written history is not easy to pull off – but Paul Lay (of this parish) has done it with real panache.

I read Camilla Townsend’s Fifth Sun: A New History of the Aztecs (OUP) after reading the rave review in History Today. I was not disappointed, and Townsend’s book has won the Cundill Prize. 2020 has seen the publication of several exciting history books that truly recover Indigenous perspectives to rewrite Western accounts of the past. Townsend succeeds in telling the story of Aztec state-formation, culture, conquest and Mexican history writing in illuminating ways that nonetheless make us aware of the limits of source materials. She embraces narrative as Nahuatl form of expression. Definitely the book to read for 2021.

One of the most moving books I’ve read this year is Emma Griffin’s Bread Winner: An Intimate History of the Victorian Economy (Yale), an eye-opening account of struggles over the male wage-packet in the working-class family. Women’s economic dependence features alongside other forms of gender injustice in Lucy Delap’s magisterial Feminisms: A Global History (Pelican), which brilliantly surveys three centuries of activism across multiple continents. Sexual politics is a key theme of Zoe Strimpel’s wonderful Seeking Love in Modern Britain: Gender, Dating and the Rise of ‘the Single’ (Bloomsbury), a fascinating exploration of dating culture between the end of the Sixties and the era of Tinder. Finally, Emma Peplow and Priscilla Pivatto’s oral history, The Political Lives of Postwar British MPs (Bloomsbury) is a must-read for anyone curious about what makes the people who govern us tick.

‘Speculative fiction induces us to think more carefully and creatively’

Camilla Townsend, Author of Fifth Sun: A New History of the Aztecs (Oxford, 2020).

Fiction has long been a venue for the serious exploration of historical issues for which we have few or no direct sources. This year I learned more than I ever have before about how power may be lost, suddenly and without apparent warning, from Hilary Mantel’s The Mirror and the Light (4th Estate). No wonder the author had to wait so long before giving us this last volume of her trilogy: it is one thing to reconstruct how Thomas Cromwell, the brilliant blacksmith’s boy, grew to be nearly the most powerful man in England; it is a significantly harder task to envision the intimate moments through which he fell.

Young, award-winning authors are now using speculative fiction to induce us to think about issues relating to non-western peoples – and perhaps to think both more carefully and creatively than history books have necessarily encouraged us to do. S.A. Chakraborty’s The Empire of Gold (HarperCollins), the final volume of the Daevabad trilogy, captured my mind. From the unhistorical premise that the djinn once really lived and interacted with humans, Chakraborty explores the centuries-old conflicts and shifting alliances of the Muslim world encircling the Indian Ocean, rendering the French invasion of Egypt as merely the surface layer of a much deeper story. Arkady Matine’s riveting A Memory Called Empire (Tor Books) takes people who profoundly resemble my beloved Aztecs and imagines them – as they once were – to be the creators of a powerful imperial state, though this time in some other galaxy. As readers, on almost every page we must confront our own unconscious expectation that the writers of these glyphs must be the barbarians, rather than those who deem others ‘barbarian’ and reduce them to dependency.

‘A compelling story from the very darkest days in Roman history’

I confess that I’m quite bad at keeping abreast of contemporary publishing, and the truth may be that my books of 2020 were actually released in 1931 or 95 CE (the latter the fourth book of Statius’ Silvae, a wonderfully rich collection of poems from the heart of Rome as crisis engulfed the emperor and senate – a classic page-turner, in other words).

However, I’ve had the pleasure of following the writing and publication of Peter Stothard’s The Last Assassin: The Hunt for the Assassins of Julius Caesar (OUP) for some time now, and it deserves all the plaudits it has won, for the core idea of tracing the varied lives and even more varied deaths of the conspirators (up to the very last of them, Cassius Parmensis), a compelling story from the very darkest days in Roman history, and for Stothard’s characteristically innovative style of telling it. 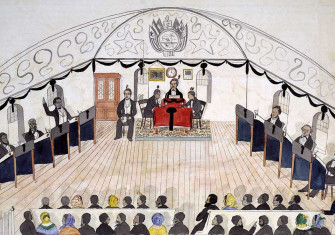 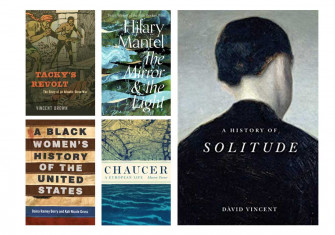