Beyond Good and Evil

As a frontline soldier in the First World War, the German artist Otto Dix fell under the spell of the writings of Friedrich Nietzsche and his assault on Christian morality. It was not the front, but the journey to the front that was the worst: ‘There was some shit in people’s pants, I tell you.’ Two years into the war, Otto Dix had seen it all. In 1914 he had signed up enthusiastically to the field artillery. Back then, people had assumed that victory would be swift in coming, but that hope had been disappointed. A great gash of trenches had come to score the western front. Neither side could force a decisive breakthrough. Now, on the slopes above the river Somme, the British and the French armies were making a concerted effort to smash a hole through the labyrinth of German trenches. All summer the battle had been raging. Dix, approaching the Somme, had been deafened by artillery fire of a volume he had never imagined possible and seen the western horizon lit as though by lightning. Everywhere was ruin: mud and blasted trees and rubble. In his dreams Dix was always crawling through shattered houses and doorways that barely permitted him to pass. Once he had arrived at his post, though, his fear left him. Stationed with a heavy machine-gun battery, he felt mingled excitement and calm. He even found time to paint. 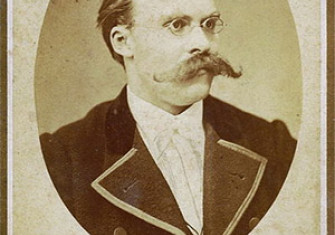 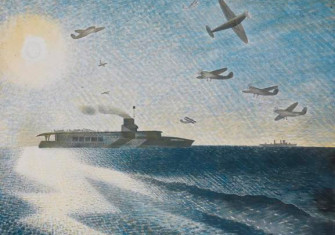 Eric Ravilious: The Art of War