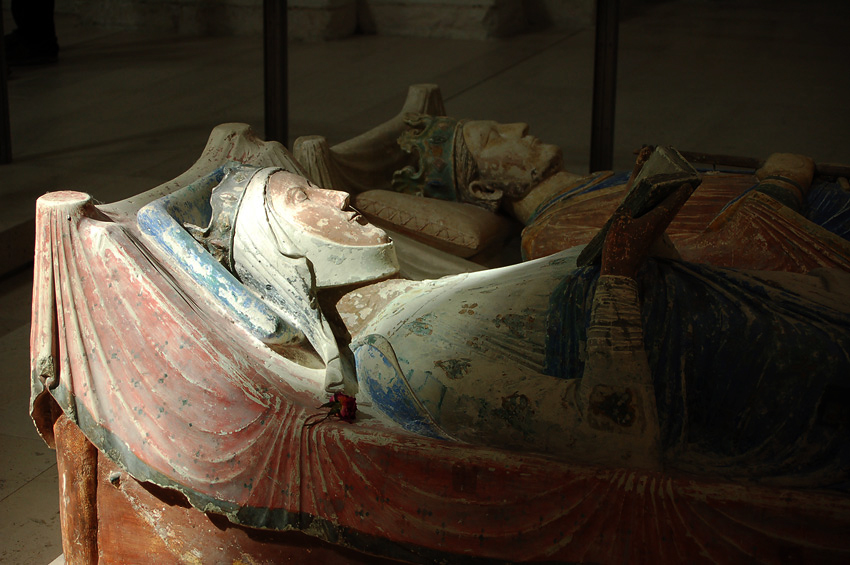 Two more strong-minded, forceful and determined people could hardly have been matched. Eleanor, who was about thirty, had already been queen of France for fifteen years through her first marriage and by her second she would soon be queen of England. Daughter and heiress of William X, Duke of Aquitaine and Count of Poitou, she was beautiful, wanton, capricious, sophisticated, highly intelligent and accustomed to having her own way. She had inherited her father’s enormous estates in her teens on his death in 1137 and her first husband, Louis VII of France, had been quite unable to stand up to her. She bore him two daughters, went on crusade with him and ordered him about until her infidelities and her failure to produce an heir proved too much. The marriage was annulled in March 1152 on grounds of consanguinity.

The annulment gave Eleanor back Aquitaine and Poitou, which she took with her eight weeks later to Henry, Count of Anjou and Duke of Normandy, to whom, incidentally, she was just as closely related as she had been to Louis. Henry was nineteen years old, bull-necked, stocky and freckled, a man of electric energy and ferocious impatience, compelling charm and an ungovernable temper. He was ruthless when crossed and some of his contemporaries uneasily credited the story that his family, the Plantagenets, were descended from the Devil – a tale that the Plantagenets themselves delighted to encourage. The marriage took most people by surprise. It was rumoured that the bride and groom had anticipated the ceremony and there was also a story that she had known the groom’s late father, Geoffrey of Anjou, considerably better than she should have done. As soon as the French archbishops had formally annulled her marriage on March 21st, Eleanor left the royal castle at Beaugency on the Loire, near Orleans, dodged an attempt to seize her by the Count of Blois and took a barge along the river towards Tours with an escort of her own men. Warned just in time, she avoided an ambush set by Henry’s young brother Geoffrey, who hoped to advance his ambitions by marrying her himself, and arrived safely at her own capital of Poitiers. She immediately sent word to Henry to come promptly and marry her, and meanwhile summoned her principal vassals to renew their allegiance to her as Duchess of Aquitaine. Henry joined her in Poitiers and they were married in the cathedral on Whit Sunday in a simple ceremony with none of the pomp and splendour that might have been expected.

Among those startled by this development was King Louis, who was furious that neither party had asked his consent, which he would of course have refused. A contemporary Norman chronicler, Robert de Torigny, confessed himself uncertain whether the marriage was a matter of sudden impulse or careful premeditation. Eleanor’s latest biographer, Alison Weir, suspects that Eleanor and Henry had been plotting since they met in Paris the previous summer and that Eleanor had deliberately encouraged the annulment of her marriage to Louis. Either way, when Henry succeeded to the throne of England in 1154, the effect was to give the rulers of England a domain in France stretching from the English Channel to the Pyrenees and covering ten times as much of the country as the French kings themselves possessed. The consequences for the subsequent history of English ambitions in France were profound.

Over the next twelve years Eleanor bore Henry five sons and three daughters. Two of their sons, Richard and John, would be kings of England. She played a prominent part in government and a patron’s role in the development of both troubadour poetry and the Arthurian legends. Not surprisingly, her life with Henry was stormy. She may well have encouraged her sons to rebel against their father in 1173 and after that he kept her penned up as a prisoner in England until he died in 1189. Under both Richard and John she was active in matters of state and she died eventually in a nunnery at Fontrevault in Anjou in her early eighties in 1204, having been for much of a lifetime probably the most powerful woman in Europe.