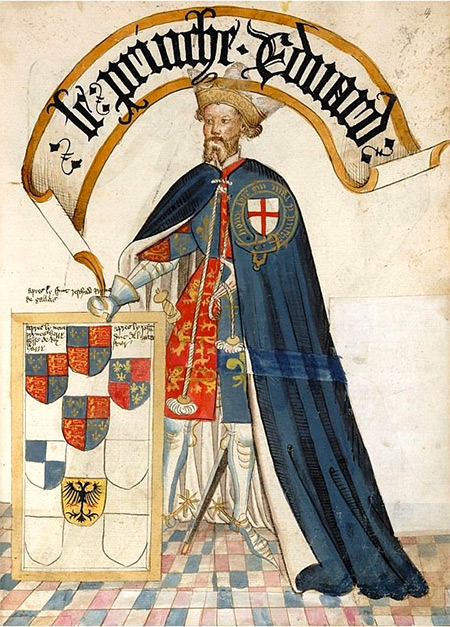 Few names in the history of fourteenth-century England have been better known than that of Edward, the Black Prince. Born at Woodstock on June 15th, 1330, to Philippa, daughter of William, count of Hainault, and her husband, the young Edward III of England, the boy was created Earl of Chester in May 1333 and, some four years later, Duke of Cornwall, the first time that the ducal title had been conferred in England. In May 1343 he became the second Prince of Wales. He now held the three titles that came to be associated with the King’s eldest son and heir.