The wrongly-convicted French officer was pardoned on September 19th, 1899. 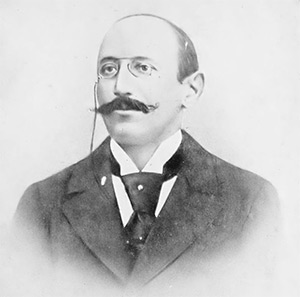 Most 19th-century scandals are dead and long forgotten, but the Dreyfus affair refuses to lie down. It began in 1894. The cleaner who emptied the wastepaper basket of the military attaché at the German embassy in Paris, Colonel Maximilian von Schwartzkoppen, routinely passed the contents on to French military security and in September a torn-up document from the wastebasket showed that secrets were being betrayed to the Germans by an unidentified French officer. The counter-espionage bureau identified the handwriting as that of Captain Alfred Dreyfus, a 34–year-old officer on the general staff, of a well-to-do Jewish family from Alsace. Dreyfus was court-martialled in secret and found guilty, stripped of his commission and ritually humiliated at a formal parade where he was booed and hissed by the spectators as his sabre was broken in front of him. Still desperately protesting his innocence, he was packed off to a life sentence in the hell-hole prison of Devil's Island.

The verdict was acclaimed by antisemitic sentiment in France, but Dreyfus's brother Mathieu took up the cudgels and gradually gained support from prominent figures including the novelist Emile Zola and the politician Georges Clemenceau. Then new evidence turned up, in the shape of more torn-up scraps from the remarkably casual von Schwartzkoppen's wastebasket, that it was a different officer, Count Walsin-Esterhazy, a swaggering rake of Austro-Hungarian descent, who was the traitor. It was Esterhazy's handwriting on the original document. The counter-espionage officer who pointed this out to his superiors was promptly posted away to the Tunisian frontier and no attempt was made to release Dreyfus. That antisemitism in high places had something to do with this decision is not in doubt, but it was probably as much or more a matter of the top brass obstinately refusing to admit that a mistake had been made.

By late 1897, however, Mathieu Dreyfus had stirred up such a public fuss that Esterhazy demanded a court-martial. When he was acquitted in January 1898, Zola published his dramatic open letter J'accuse in Clemenceau's newspaper L'Aurore, which charged the Army with deliberately sending an innocent man to prison and protecting a guilty one. The paper sold close to 300,000 copies that day, ten times its normal circulation.

By this time the row threatened to deafen France. Violent diatribes appeared in the press and duels were fought. It all had less to do with what Dreyfus or the authorities had done or not done than with bolstering the mindset of the antagonists. The anti-Dreyfusards saw the whole affair as a German-backed Jewish and Socialist conspiracy to humiliate France. The Dreyfusards maintained that the Republic was threatened by conservative military aristocrats. The Roman Catholic Church's hostility to Dreyfus brought the anti-clericals flocking to the Dreyfusard camp.

Zola was tried for libel, fined and sentenced to a year's imprisonment, which he avoided by fleeing to England. Later in 1898 an intelligence officer, Colonel Henry, admitted that he had forged documents to prove Dreyfus's guilt. He then cut his throat with a razor, while the traitor Esterhazy withdrew abroad and the war minister and the chief of the general staff both resigned. These developments did not deter the anti-Dreyfusards, but Dreyfus was brought back from Devil's Island and court-martialled again in 1899. He was found guilty, but with 'extenuating circumstances', and in September he was persuaded to accept an official pardon from the French president, Emile Loubet. 'Liberty to me is nothing without honour,' Dreyfus's press statement said. 'From this day forward I shall continue to seek amends for the shocking judicial wrong of which I am still the victim.'

In 1906 the case against Dreyfus was finally quashed. He was reinstated in the army and awarded the Legion of Honour. He served in the First World War and died in Paris in 1935 aged 75. Esterhazy died in 1923, in obscurity at Harpenden in England. Zola was mysteriously asphyxiated in his Paris home in 1902. The affair weakened France and split its society down the middle.