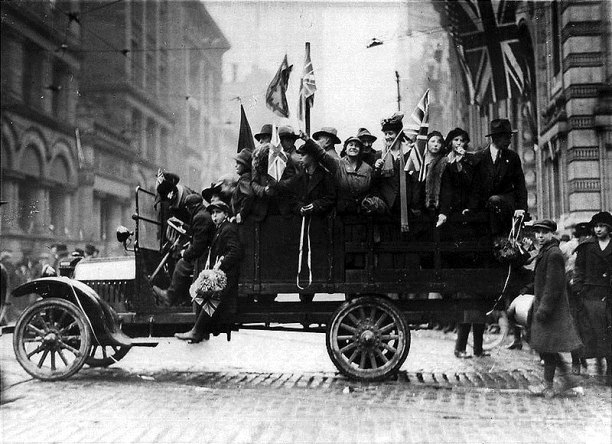 On the morning of November 11th, 1918, Harold Nicolson, a young British diplomat, chanced to look from the Foreign Office towards Downing Street:

It was 10.55 am. Suddenly the front door opened. Mr Lloyd George, his white hair fluttering on the wind, appeared upon the front doorstep. He waved his arms outwards. I opened the window hurriedly. He was shouting the same sentence over and over again. I caught his words. ‘At eleven o’clock this morning the war will be over’.