Death of Tsar Nicholas I of Russia

The Russian ruler died of pneumonia on March 2nd, 1855. 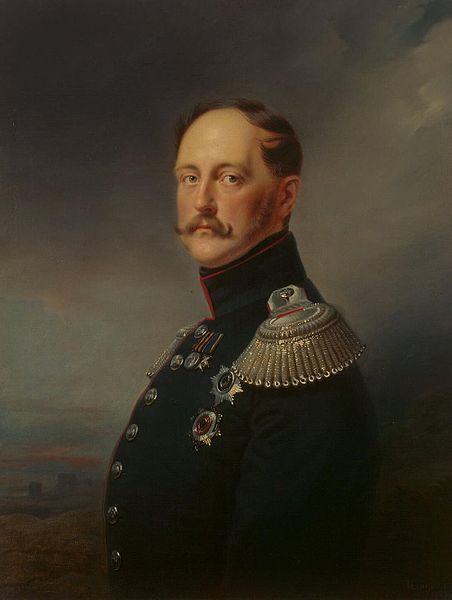 The tsar was fifty-eight. He had held one-sixth of the earth’s surface in an iron grip for thirty years, after succeeding his brother Alexander I in 1825. Described by an American diplomat as ‘unquestionably the most handsome man in Europe’, he was viewed by liberals in Russia and abroad as almost a caricature of a stone-faced autocrat, unfeeling, suspicious, determined to control everything and stubbornly resistant to all serious change. He himself came to feel that he was a martyr to his duty, carrying a cross until his strength was gone. In February 1855 he caught a chill at a society wedding in St Petersburg, which worsened the next day, when he reviewed troops about to leave for the Crimea. There did not appear to be anything seriously wrong and as late as the evening of March 1st, when the Tsar had less than half a day to live, his medical man, Dr Mandt, assured the Tsarina Alexandra that there was nothing dangerous about her husband’s condition.

During that night the doctor realised that the cold had turned to pneumonia and at one in the morning he advised the Tsar to send for a priest. Nicholas asked if that meant he was dying. The doctor told him he had only a few hours left. There was certainly nothing wrong with the Tsar’s courage. He accepted the situation with unruffled dignity, sent for a priest to give him the sacraments and took leave of his family, friends and servants. He then turned back to matters of state and told his son, the future Alexander II, to say farewell for him to the army and especially to the brave defenders of Sebastopol, and tell them that he would pray for them in the next world. At five o’clock he calmly dictated messages to be telegraphed to Moscow, Warsaw and Berlin to announce his demise and told Alexander to order the guards regiments to the palace so that they could swear allegiance to their new tsar after his death.

Nicholas’s last words to Alexander were to say that he had wanted to leave his son a happy, well-ordered realm, but providence had decided otherwise. ‘Now I go to pray for Russia,’ the dying man said, ‘and for you all. After Russia I loved you more than anything else in the world. Serve Russia.’

Dr Mandt wrote: ‘Never have I seen anyone die like this. There was something superhuman in this carrying out of duty to the very last breath.’ 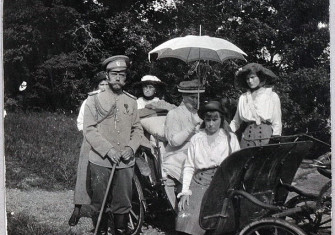 Tsar Nicholas II and family visit the Isle of Wight