Richard Dale investigates the mysterious death of Richard Hunne in Lollards Tower at Old St Paul’s, one of the most notorious episodes of the English Reformation. Early in the morning of Monday December 4th, 1514, an assistant gaoler named Peter Turner entered the cathedral close of the old St Paul’s. He was to attend to the one inmate then held in Lollards Tower, the Bishop of London’s prison, which adjoined the cathedral. In the company of two church officials, Turner ascended the winding stone staircase and unlocked the cell door. There he found the prisoner hanging by his own belt with his face to the wall.

The body was that of Richard Hunne, a liveryman of the Merchant Taylors Company, a prosperous London citizen, highly respected within his community and among his fellow tradesmen. His death while in the custody of the bishop, Richard Fitzjames, spread alarm among the London populace, where anti-clerical feelings were already running high. There were rumours of foul play but the Church authorities insisted that Hunne had committed suicide (felo de se) and in order to lay the matter to rest the bishop decided to try Hunne’s corpse on a charge of heresy. 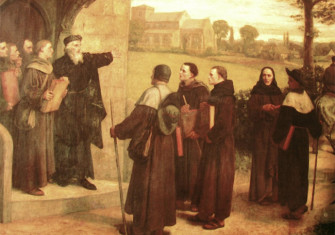 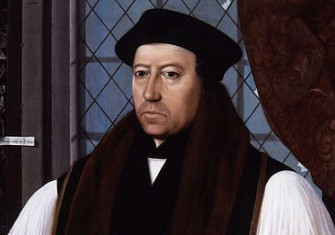