The Death of Joseph Priestley 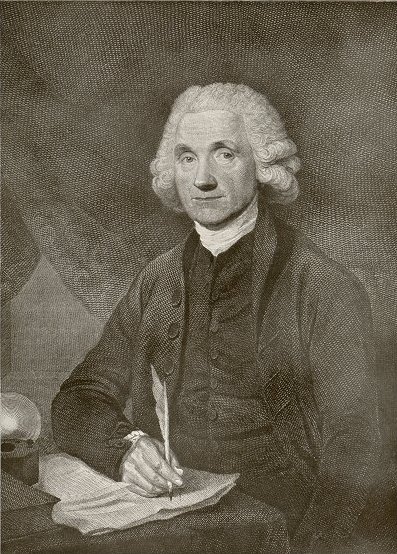 President Thomas Jefferson of the United States wrote to Joseph Priestley, clergyman and chemist, when the latter was seriously ill in 1801, ‘Yours is one of the few lives precious to mankind, for the continuance of which every thinking man is solicitous.’ Not everyone in America or Britain would have agreed with this sentiment. On the contrary, Priestley’s radical views on religion and politics had made England too hot for him. A mob in Birmingham had destroyed his home, his books and his laboratory with all his apparatus ten years before and he had felt in danger ever afterwards. In 1794 he and his wife Mary emigrated to America, where their three sons had already preceded them. After a horrible seasick voyage of eight weeks against contrary winds, they arrived in thick fog in New York City to great acclaim and went on to Philadelphia, where Priestley was again received with flattering attentions.

The cost of living was alarmingly high in Philadelphia and the Priestleys settled in a small town called Northumber-land, away to the north-west on the Susquehanna River. Letters from England took four months to arrive and Priestley felt cut off. He declined the chair of chemistry to which he was elected at the University of Pennsylvania, and projects to found a settlement populated by ‘the friends of liberty’ or make him head of a new college petered out.

Mary’s death in 1796 was a bad blow. She was the sister of the great ironmaster John Wilkinson and she had steadfastly supported Priestley in good times and bad for thirty-four years. Born to a Nonconformist family in Yorkshire in 1733, Priestley grew up, as he himself recalled, with a tendency to embrace the heterodox side of every question. Entertaining severe doubts about the Trinity and the reasoning powers of the Apostle Paul, he became a Unitarian. He was interested in science and from his mid-thirties a post as minister at a chapel in Leeds gave him time to pursue experiments on ‘airs’ ( gases), which were of pioneering importance in the development of chemistry. He fortunately lived next door to a brewery, which enabled him to study the behaviour of ‘fixed air’ (carbon dioxide) above the vats, and in the 1760s and ’70s he discovered several new ‘airs’, including nitrous oxide or ‘laughing gas’. At the same time he was publishing radical books on political philosophy which preached the virtues of individualism and civil liberty, and inspired Jeremy Bentham’s principle of ‘the greatest happiness of the greatest number’.

In 1772 Priestley moved to the Earl of Shelburne’s Bowood estate in Wiltshire as librarian. There two years later he made his most famous discovery, of oxygen (also discovered independently in Sweden), or what he called ‘dephlogisticated air’, though it was the great French chemist Lavoisier who worked out its nature and role. Priestley’s strength lay in experiment rather than explanation, and he stuck to the phlogiston theory for the rest of his life. His other discoveries included nitrogen, hydrochloric acid, ammonia and carbon monoxide, and he was the father of the soda-water industry.

In 1779 Priestley settled as a minister in Birmingham, where along with Josiah Wedgwood, James Watt and Erasmus Darwin he was a member of the Lunar Society, devoted to science and its practical applications. In 1782 he published his History of the Corruptions of Christianity, in which he rejected the Trinity, predestination and the divine inspiration of the Bible. It aroused a hailstorm of hostility and Priestley’s subsequent defence of the French Revolution gave him a reputation as the subversive enemy of all accepted, conventional, decent opinions.

In America, after Mary’s death, his own health began to weaken. By February 1804 he knew he had little time left and on the evening of Sunday the 5th he summoned his grandchildren to his bedside and told them, ‘I am going to sleep as well as you: for death is only a good long sound sleep in the grave, and we shall meet again.’ On the Monday morning towards eleven o’clock he put his hand to his face and slipped so quietly away that those in the room did not notice. He was seventy-one.