The father of today’s frozen food business died on 7 October, 1956. 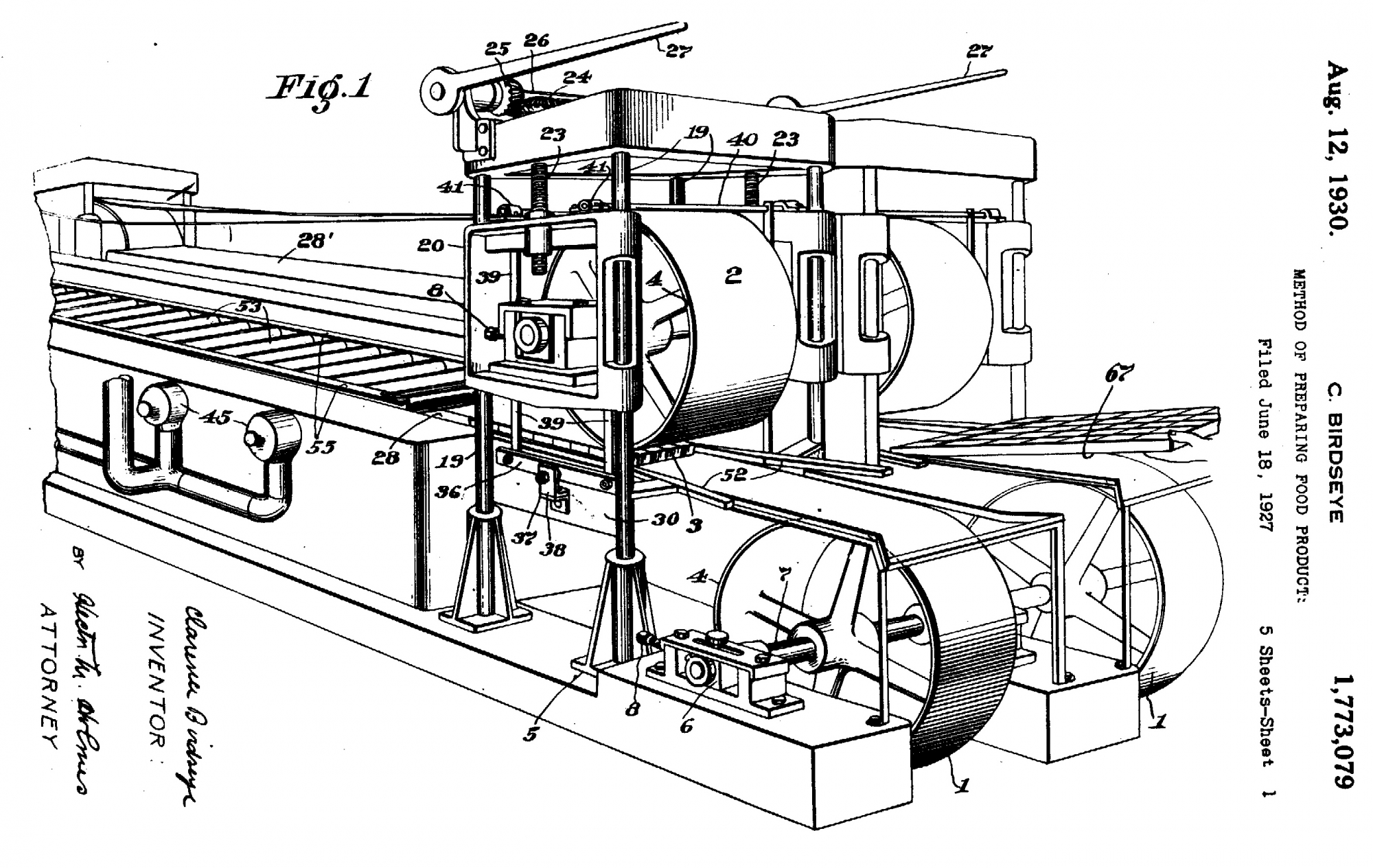 Sales of frozen food began in a small way in the 1860s, but the father of today’s frozen food business was an American naturalist with the improbable name of Clarence Birdseye. Intelligent and insatiably curious, at the age of ten he was trapping muskrats in Long Island and selling them to a customer in England and he later helped to pay his college fees by catching live frogs for the Bronx Zoo to feed to its reptiles. He worked as a naturalist with the US Department of Agriculture in New Mexico and Arizona, where he tried eating rattlesnake. He was always adventurous with food and later pronounced that the front half of a skunk tastes excellent.
From 1912 Birdseye spent years in the fur trade in Labrador, where he watched the natives fishing in temperatures of fifty degrees below zero and noticed that as the fish were hauled out of the water, they froze solid. He also saw that when the fish were thawed out a few months later, some of them showed signs of life. Interested, and hoping for a supply of fresh food for his and his wife’s baby son, he carried out experiments with caribou meat, rabbits, ducks and cabbages, and discovered that if frozen very quickly and kept at a low temperature, they stayed fresh.
Returning to the United States in 1917, Birdseye was busy with other things until 1923 when he borrowed space in a New Jersey icehouse, spent seven dollars on an electric fan and some ice and brine, and began experimenting. His first success came with frozen haddock and in 1924 he set up the General Seafoods Company in Gloucester, Massachusetts, which sold quick-frozen fish and meat. He stayed on as a consultant after the company was sold to the Postum Company and Goldman Sachs for around $23 million in 1929. Birds Eye frosted foods, later changed to frozen foods, went on sale in the 1930s. In the middle of January, the ads proclaimed, the housewife could buy ‘June peas as gloriously fresh as any you will eat next summer.’ Frozen pre-cooked foods were on sale by the end of the decade, starting with baked beans.
Frozen foods were one of the factors in the development of the supermarket (along with the supermarket trolley, which was invented in Oklahoma City in 1936). In 1955 only 5 per cent of American food outlets were supermarkets, but they already accounted for 50 per cent of sales.
A resourceful character, Birdseye also invented dehydrated food and infrared heat lamps for the food industry, as well as a one-man kick-free harpoon for whaling and a method of making paper out of sugar-cane stalks and straw, used in paper manufacture in Peru. Over his lifetime he was granted 300 American and foreign patents. In Peru in the 1950s he had a heart attack, apparently caused by working at high altitudes, and another heart attack carried him off in New York City at the age of sixty-nine.