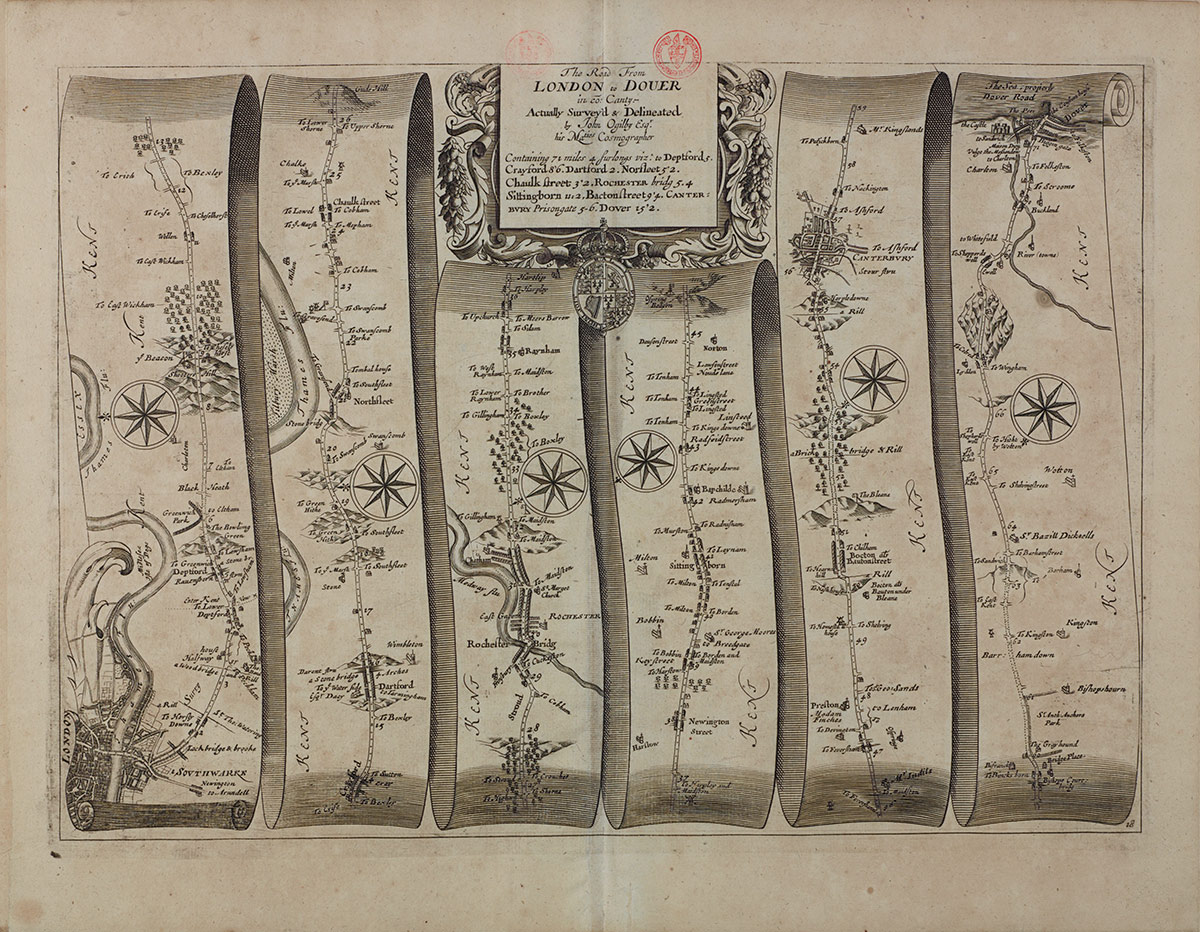 John Ogilby (1600-76) was a man of many and varied careers. In his early life he was a dancing master, courtier and theatre owner – in 1637 he opened Ireland’s first theatre. Later, he became a poet and translator and, towards the end of his life, following the Great Fire of 1666, he became an assistant surveyor of London, which led to a new career as a producer of geographical works. In 1671 Charles II appointed him Royal Cosmographer, with the task of finding a new way of surveying and mapping the kingdom. Ogilby published a series of atlases – of Africa, Japan, America, China and Asia – but the pinnacle was Britannia (1675).

Britannia is a road atlas. It contains 100 strip maps based on surveys, which follow the principal roads of Britain, marking notable points along the way: cities and towns, churches, houses and other places of note. This map, for example, traces the route from London to Dover, showing major towns and cities, as well as landmarks such as a stone bridge with four arches and a pub called the Gray Hound.

However, as Alan Ereira has noted in his recent book, The Nine Lives of John Ogilby, the routes are not always useful or navigable and the work was not intended for travellers. Rather, Charles found himself in need of an accurate map of Britain in order to maintain his control and centralise power. Ogilby’s method of measuring distance with a waywiser, or surveyor’s wheel, taking hills into account, helped to standardise the mile and marked a significant advance in cartography.

This map is taken from the 1698 edition of Britannia, held at the Guildhall Library by the City of London Corporation.