Questions are raised about the death of men in John Franklin’s 1845 Arctic expedition. 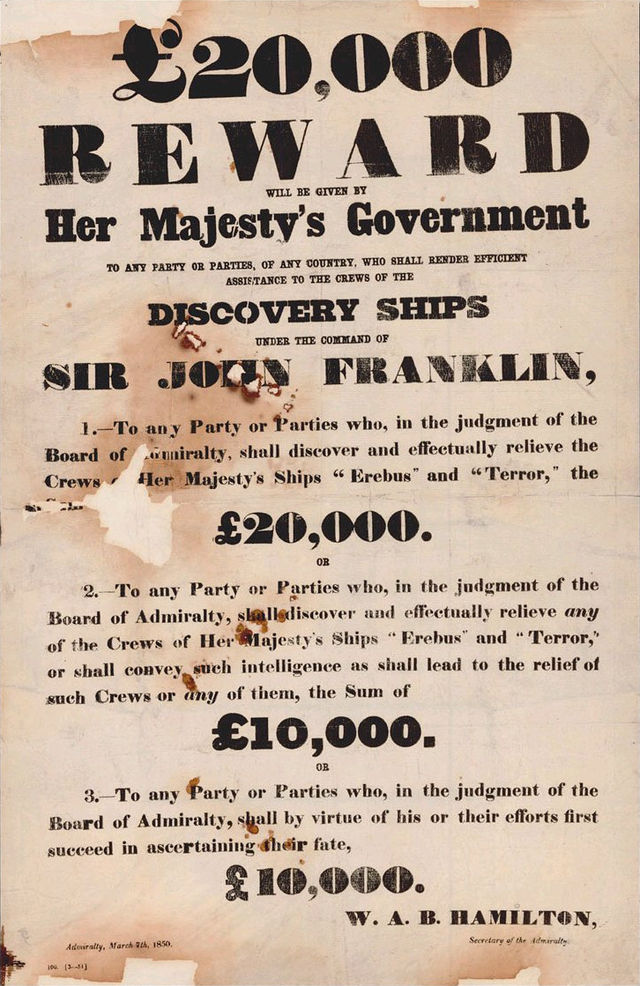 Dramatic evidence that lead poisoning was a key element in the failure of Sir John Franklin's 1845 Arctic expedition has come from the result of postmortems conducted on the preserved bodies of three of Franklin's crewmen taken from their frozen graves on Beechey Island in the Canadian Arctic.

The last trace of Franklin's expedition to search for the North-West passage to Asia, with two lavishly- equipped ships and 129 crewmen, came in April 1848 when the surviving crew (Franklin and 23 other members already having died) abandoned HMS Erebus and Terror for a march across the ice. Subsequent search expeditions discovered abandoned equipment, clothing and some human remains, but without finding either the majority of the crew or an explanation for the disaster.

Then in 1984 Dr Owen Beattie, a Canadian anthropologist from the University of Alberta, exhumed the body of John Torrington, the first of Franklin's crew to die, from the grave where he had been buried by his shipmates in January 1846. The twenty-year old sailor had been almost perfectly preserved in the icy ground and a book to be published next month tells how postmortems carried out on hair, bone and soft tissue from the bodies of Torrington and two fellow crewman also buried on Beechey Island, have revealed lead concentrations up to twenty times more than normal, levels that would have resulted in acute lead poisoning.

The results tally with other findings from the skeletal remains of one of Franklin's crew found on King William Island in 1981 and with tests carried out on cans of tinned food collected on Beechey Island. The technology of tinned preserved foods was still relatively new at the time of the Franklin expedition – the patent for tin containers was taken out in England in 1811 – and some of the side seams of the Beechey samples were incompletely sealed.

Documentation of the original contract at Deptford in April 1845 reveals that the order for the tins was rushed, and strengthens the view that a significant portion of the expedition's supply was contaminated.

The authors of the book speculate that the regular consumption of this tinned food, particularly (as a luxury item) by the officers, played a fatal role in the mental and physical decline of the expedition. (Nine of the twenty-one deaths prior to April 1848 were of officers, including that of Franklin.) Insidious ingestion of lead weakened its members to a point where tuberculosis and pneumonia wrought havoc, conditions identified by the postmortems on the Beechey Island bodies. Anorexia, weakness and paranoia would have compounded the effects of starvation and scurvy, leading to the final horrors of cannibalism.

Beattie's tests on the skeletal remains found on King William Island indicated that the body had been deliberately dismembered, bone marrow removed, and what were identified as knife marks, were visible on scattered bones from the arms and the legs. This confirms the early tales of the Eskimo natives to the Hudson Bay search-party of 1854 (which Charles Dickens denounced as slander on the 'flower of the trained English navy'). '... from the mutilated state of many of the corpses and the contents of the kettles, it is evident that our wretched countrymen had been driven to the last resource – cannibalism – as a means of prolonging existence'.