Ian Grey profiles Boris Godunov; Chief Minister after the death of Ivan the Terrible, and then himself Tsar, Boris served Russia during a most troubled period. 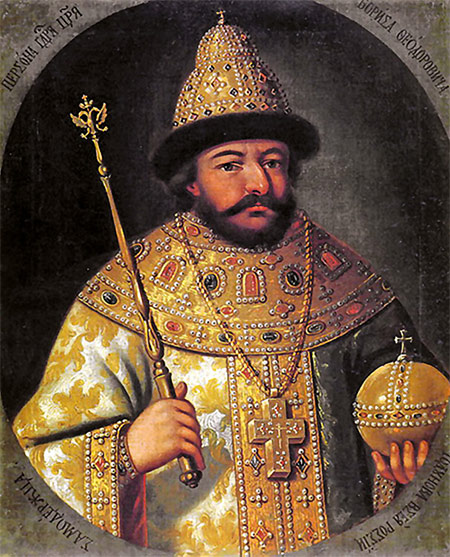 Boris Godunov is probably best known as the ruthless ill-fated Tsar of Mussorgsky’s opera. The libretto of the opera was provided by Pushkin’s historical drama, Boris Godunov, and he took his material wholly from N. M. Karamzin’s History of the Russian State. This lengthy and impressive history bears special responsibility for the distorted portrayal of Boris which historians, with only a few exceptions, have followed until the present century.

Nicholas Karamzin was a conservative who championed autocracy and idealized old Russia. The Emperor Alexander I virtually made him an official historian. He could write powerfully and, indeed, contributed much to the development of the Russian literary language. But he could be biased in his judgements, as he showed in his condemnations of ‘the criminal ambition’ of Boris, ‘this power-loving man’ of whom he observed that ‘the punishment of Heaven awaited him’.