The Birth of the Newspaper

The newspaper was born when publishers in Protestant lands began to produce printed versions of the hand-written bulletins that had provided news for Europe’s elites. It was to prove a difficult birth, as Andrew Pettegree explains. A young man from Strasbourg, Johan Carolus, had his Gutenberg moment in 1605. The proprietor of a successful news agency, each week he would scrutinise the letters, news reports and despatches that passed through this busy city and produce from them a hand-written digest of news, which he copied for subscribing clients. Struggling to keep up with demand, he had recently bought a printing press and put a proposition to the city council. He would turn his weekly newsletters into print if the council would grant him a monopoly.

To Carolus this probably seemed a relatively routine legal transaction. Like Johannes Gutenberg 150 years before, Carolus was seeking to deal with a situation where demand had outstripped supply by mechanising an existing process. In Gutenberg’s case this involved replacing manuscript books, copied one by one, with a technique for producing several hundred copies. Carolus proposed to do the same for news. 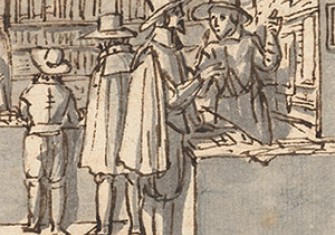 The Beginnings of the English Newspaper