The Birth of Civilization 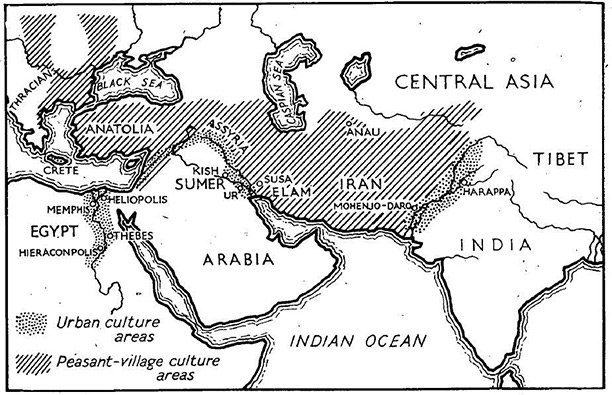 In Mesopotamia and Egypt the traveller is brought face to face with what is perhaps the most remarkable phenomenon in the history of our planet—the first origin of civilization. The Indus Valley civilization was probably an offshoot of the same movement of human evolution. The birth of Chinese civilization was certainly later, and seems to have been provoked by influences originating from the earlier civilizations to the westward. The pre-Columbian Meso-American and Inca civilizations arose much later, and never developed many characteristics of higher civilizations; it is still uncertain whether they were wholly autochthonous. Once at home in England, I started to read up the subject.