The repression in China’s Xinjiang region has deep historical roots. 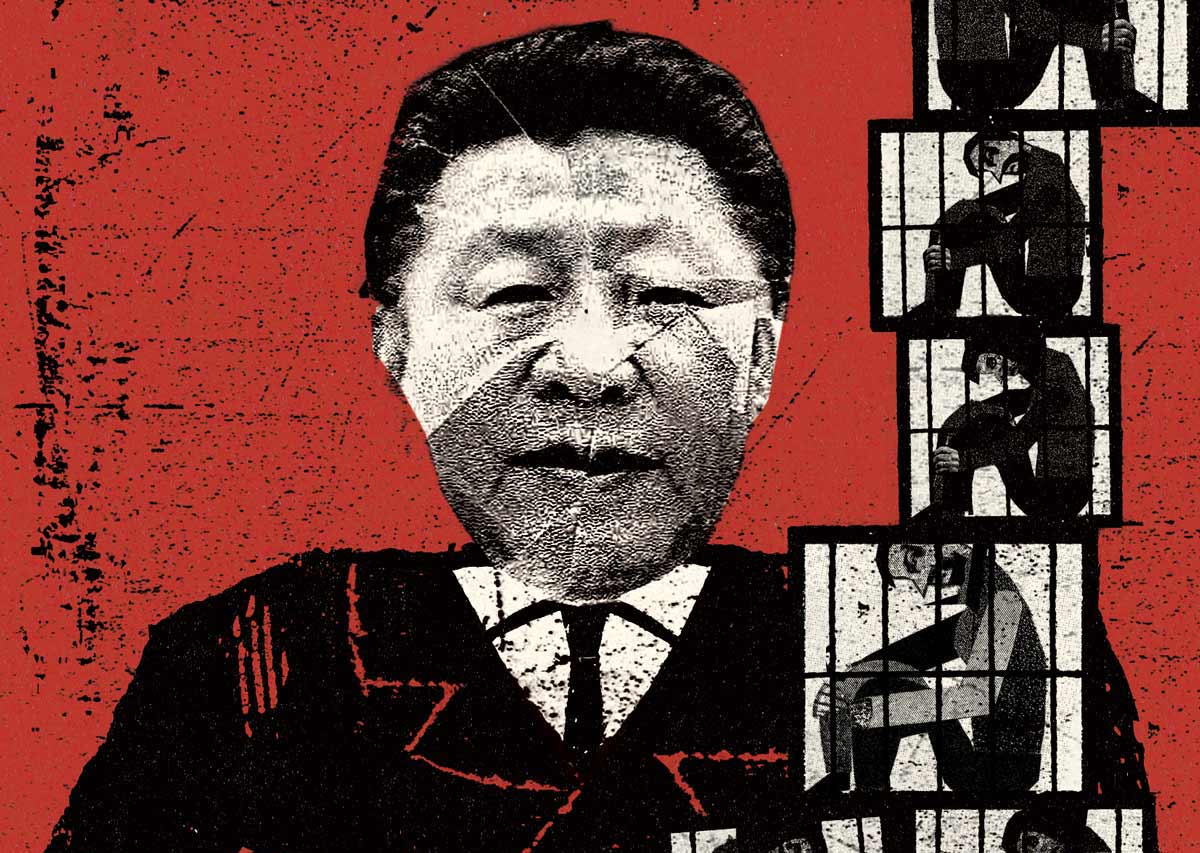 Towards the end of 2018 reports began to emerge that China was building a widespread network of compounds in the Xinjiang Uighur Autonomous Region. It was being used to detain hundreds of thousands of – some estimates suggested over a million – members of the Muslim Uighur community suspected of involvement in, or sympathy for, demonstrations and attacks on government institutions. The Chinese authorities initially denied that any such programme existed but eventually acknowledged the camps, only to claim that they were centres to train Uighurs and redeploy them into productive work.

Although the conflict in Xinjiang between the Uighurs and the Chinese state has intensified in the past two years, it is nothing new. The present clampdown is the latest move by the state in an ethno-religious and political struggle that has been waged for decades and, in different forms, for centuries: it did not suddenly arise with the coming to power of the Chinese Communist Party in 1949. Neither did it begin, as some have assumed, with the expansion of political Islam from the Middle East or Afghanistan. Al-Qaeda or ISIS are not primarily responsible for the conflict in Xinjiang, although there is evidence that some Uighurs have worked with both groups.

It is impossible to make sense of the current crisis without an understanding of the historical background. This is well documented and the present generation of Uighurs, many of whom are the descendants of previous activists, are profoundly conscious of the distinctive trajectory of Uighur history, a history that is intertwined with, though not completely subsumed in, the history of the regional great power, China.

Xinjiang, in the far north-west of China, is almost three times the size of France: officially it is not a province but an ‘autonomous region’ in deference to its non-Chinese population, the Uighurs –although the level of autonomy is minimal. Uighurs are not ethnically or culturally Chinese, but a Turkic people whose language is close to the Uzbek of nearby Uzbekistan and distantly related to the Turkish of Turkey. Often described as a minority, until recently they constituted the majority population of Xinjiang, which they regard as their homeland and refer to as Eastern Turkestan (Sharqi Turkestan). The approximately 11 million Uighurs in Xinjiang – just under half the total population – are historically and culturally Muslim, as are most other smaller ethnic groups of that region, the Kazakhs, Kyrgyz and the Chinese-speaking Hui: that is immediately obvious from their dress, their food and their built environment.

Uighurs have lived in eastern Turkestan – to distinguish it from western Turkestan, the Turkic-speaking states of the Russian Empire and the former Soviet Union – since the great migration or expansion of the Turkic peoples from the Mongolian steppes, which began in the sixth century. By the 11th century, Islam in its Sufi form was the dominant religion after ruling elites loyal to Buddhism were defeated in battle. The history of the Uighurs in early modern times is the story of Islamic city states, notably those based in Kashgar and Khotan, ruled by caliphs, who were both temporal rulers and spiritual leaders of Naqshbandi Sufi orders. The apogee of Sufi supremacy began in the late 16th century when the Saidiya khanate collapsed and the region fell under the sway of the Khojas, powerful political figures who were also spiritual leaders of the Naqshbandi order. In 1679 the legendary Appaq Khoja, a descendant of the sheikhs of Samarkand, took power in Kashgar. His mausoleum is now a tourist attraction but the family tombs that it contains are still venerated by Uighurs.

The final Khoja rulers were overthrown in 1759 by the forces of the Qing dynasty as it expanded into Inner and Central Asia. The Qing dynasty was the ruling house of China from 1644 to 1911 but it was far from being a purely ‘Chinese’ dynasty. Its ruling elite were originally Manchus from the steppes and forests of north- east Asia and they ruled with the assistance of Mongolian allies and Han Chinese officials. It was only in the mid-18th century that eastern Turkestan was included within the territory of the Chinese Empire.

The Qing government established military and bureaucratic organisations and began to refer to the region in Chinese as xin jiang (the ‘new frontier’). They ruled through the local Turkic-speaking Muslim elite and there was resistance from the outset. The most successful, if temporary, of these revolts was led by Yakub Beg (1820-77), who established an independent government in Kashgar in 1867. His regime was imposed by military force but relied for its legitimacy on the tradition of the Naqshbandi sheikhs. Yakub Beg was treated as a rebel by the Qing authorities and his regime was overthrown in 1878 by the Qing armies under Zuo Zongtang, who had already suppressed a widespread rising of Hui Muslims in China. Eastern Turkestan was formally incorporated into the Chinese Empire as the province of Xinjiang in November 1884.

When the Qing dynasty collapsed in 1911, Xinjiang remained notionally a province within the newly proclaimed but weak Republic of China and the Chinese warlord governors of Xinjiang were effectively independent. There were sporadic attempts to create independent Muslim states, most significantly the two Eastern Turkestan Republics based respectively in Kashgar in the 1930s and in Ghulja (Yining in Chinese) in the north of Xinjiang between 1944 and 1949.

In 1949, after the Nationalist Guomindang under the leadership of Chiang Kai-shek were defeated in the Civil War, the People’s Republic of China (PRC) was proclaimed by Mao Zedong on behalf of the Chinese Communist Party. The Ghulja Republic was ‘peacefully liberated’ and integrated into the new state. Resistance, often armed, continued into the 1950s, principally in southern Xinjiang. In 1955 the PRC created the Xinjiang Uighur Autonomous Region as a concession to the non-Han population and in parallel with similar arrangements for Tibet and Inner Mongolia. When the Cultural Revolution was launched in 1966 central authority was weakened and centrifugal forces emerged, including Uighur demands for independence by groups such as the East Turkestan People’s Party.

Following the collapse of Soviet power in 1991, Turkic people in Central Asia formed independent states in Uzbekistan, Kazakhstan and Kyrgyzstan. As China emerged from the horrors of the Cultural Revolution, the power of the Chinese Communist Party recovered; there was no equivalent liberation for the Uighurs. Frustration led to an upsurge of resistance by clandestine militant groups inside Xinjiang and others in Kazakhstan, Kyrgyzstan and Pakistan.

Demonstrations in 1995 in Yining, the base of the 1940s’ independent republic, provoked Beijing to issue Document No. 7 the following year. It identified the conflict in Xinjiang as the most serious threat to the Chinese state and a ‘Strike Hard’ campaign was launched against resisters. In 1997 another major Yining demonstration in the north-east of the state was violently suppressed.

The repression under the ‘Strike Hard’ campaign became permanent. Anyone suspected of sympathies for ‘separatism’ – advocating an independent Uighur state – or involvement in ‘illegal religious activities’, primarily with the Sufi brotherhoods – could be detained without trial. Attempts by family members to extract relatives from police stations or other detention facilities have led to frequent clashes with the authorities, many of which have turned violent. Sporadic attacks against the police or other symbols of Chinese rule, either by local people or armed militant groups, were followed by government reprisals. Most conflict occurred in the old Sufi strongholds in the south of Xinjiang but, in July 2009, clashes between Uighurs and Han Chinese in the regional capital, Urumqi, cost many lives. They also resulted in the detention of thousands of Uighurs, some of whom were executed, and the eventual replacement in April 2010 of the Xinjiang Communist Party Secretary, Wang Lequan, who had held the post since 1994. The level of repression and the secrecy of judicial processes aroused widespread international concerns about human rights abuses.

The Xi Jinping administration came to power in November 2012, when Xi was appointed General Secretary of the Chinese Communist Party. He was appointed to the less powerful office of President in March 2013. Hopes that he might be a progressive or moderate leader were soon dashed as his emphasis on conformity and uniformity became clear. In August 2016 Xi appointed Chen Quanguo, who had previously ruled Tibet, as Xinjiang Party Secretary: he rapidly introduced draconian measures of repression – ‘counter-terrorism’ in the official terminology – including the now notorious concentration camps and advanced surveillance technology. The clampdown on religious activities has intensified and satellite images indicate that many mosques and Sufi shrines have been destroyed, including the Imam Asim shrine outside Khotan, the site of an annual festival attended by thousands of pious Uighur Muslims. This intensification of repression shows no sign of ending.

Michael Dillon was Director of the Centre for Contemporary Chinese Studies at the University of Durham. His recent books include Xinjiang in the Twenty-first Century: Islam, Ethnicity and Resistance (Routledge, 2018). 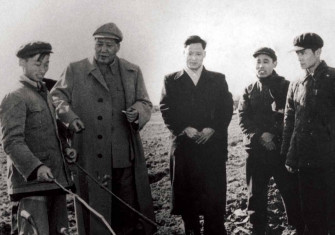 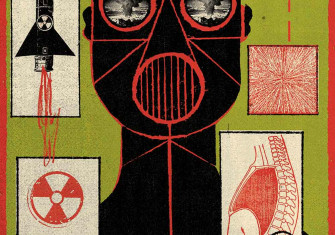