On 31 March 2022 a public protest occurred in the vicinity of the home of the Sri Lankan president Gotabhaya Rajapakse. The protest marked frustration at the shortages of essential commodities (gas, medicines, fuel) and the gruelling ten-to-13-hour power cuts imposed by a cash-strapped government with insufficient dollars to pay for imported fuel. The protestors also sought answers as to why certain neighbourhoods (such as Mirihana, where the president lived) continued to enjoy uninterrupted power.

The protesters were tear gassed by police and the government sought to nip public anger in the bud by imposing a countrywide curfew and a state of emergency. This had the opposite effect. Over the weekend of 1-3 April people took to the streets to demand the resignation of a corrupt and incompetent government. On 9 April hundreds of protestors took over Galle Face Green, the urban park that abuts the Indian Ocean in the capital Colombo. Referred to as ‘GotaGoGama’ or ‘Gota Go Village’, the protesters at Galle Face mixed class, gender, ethnicity and profession. They shunned all political parties in public, rejected the idea of a single leader and demanded accountability. Their movement became known as the Aragalaya or ‘the Struggle’.

Sri Lanka’s fiscal crisis was a long time coming. The availability of credit through increased global investment in emerging markets – and access to these capital markets as a middle-income country – enabled Sri Lankan governments to develop its bond market from 2013 onwards, with incentives that included tax breaks to creditors. By July 2020, according to financial analyst Vidushan Premathiratne, Sri Lanka’s corporate debt had reached Rs. 257.9 billion. Rather than investing in industry and diversified exports, successive Sri Lankan governments spent this borrowed money on projects which produced little yield. On 12 April 2022 the country declared its first ever sovereign default. The pandemic had severely affected income from tourism, as did the war in Ukraine (Russia and Ukraine occupy second and third place for tourist arrivals to Sri Lanka, the first being India). Migrant worker remittances fell from US$ 7 billion in 2020 to 1.3 billion in the first quarter of 2022. Internally, the hurried shift, on President Gotabhaya Rajapakse’s orders, to organic agriculture created a shortage of rice and grain that had to be bought in the world market at a time when global food prices had increased, while tax cuts led to a loss of Rs. 500 billion in government revenue. Corruption and losses by state-owned enterprises also played their part. Money printing by the Central Bank to pay for government expenditure led, as of July 2022, to year-on-year headline inflation of 60.8 per cent.

By May the crisis and widespread protests had brought the Sri Lanka government, dominated by the Sri Lanka Podujana Peramuna (SLPP, or Sri Lanka Peoples’ Front) led by the Rajapakses, to its knees. The Prime Minister Mahinda Rajapakse, the president’s brother, was forced to resign, along with a cabinet, which included two other Rajapakse brothers and the PM’s son. A nephew who was a state minister was also forced out. The main demand, however, that the president himself resign, went unheeded until a tumultuous storming of President’s House and the Presidential Secretariat by unarmed protestors on 9 July forced Gotabhaya Rajapakse to flee the country, first to the Maldives and then to Singapore, resigning via email five days later.

Under Prime Minister Ranil Wickremesinghe – controversially elected through a secret parliamentary ballot with SLPP support – the Sri Lankan government is currently negotiating a bailout package with the IMF. India has assisted Sri Lanka to the tune of US$ 4 billion in loans, currency swaps and other aid, while Bangladesh provided $200 million in an extended currency swap. China, which was once close to the Rajapakse regime and owns ten per cent of Sri Lanka’s debt, has so far kept to the sidelines. In the absence of a significant injection of bridging finance, shortages of fuel, food and medicine continue. Frustration and lawlessness, particularly at petrol sheds, has resulted in increased incidents of violence.

As the enormity of the crisis dawned on Sri Lankans, GotaGoGama offered a ground for hope. A non-violent protest of such magnitude is unprecedented in the island’s history. The protestors called for a new Sri Lanka that would leave behind the divisive politics of ethno-nationalism that historically pitted a majority Sinhala population (74.9 per cent) against minority Tamils (11.2 per cent) and Muslims (9.2 per cent). These ethnic divisions were fostered during the years of British colonial rule in imbalances that the Sinhala majority sought to address in the post-colonial era, resulting in a bloody civil war fought between 1983 and 2009. At GotaGoGama, the Sinhala Buddhist credentials of the Rajapakses – which had long been their political currency – was no longer valid and the Buddhist monks who had legitimised Sinhala hegemony were openly ridiculed. The message was clear: Sri Lankan youth would no longer be duped by divisive ethnic politics.

But this is not an easy history to untangle. Since the divide-and-rule policy of British colonialism ended with independence in 1948, Sri Lankan political parties have constituted themselves along ethnic lines. The Sinhalese have, so far, been drawn to mainstream parties such as the Sri Lanka Freedom Party (SLFP), the United National Party (UNP) and the SLPP of the Rajapakses. All three have, during their terms in office, reinforced Sinhala hegemony. The SLFP spearheaded the 1956 Official Languages Act, which made Sinhala the only language of administration and education in the country. This Act discriminated against Tamil speakers and denied them access to education and jobs. (A concession was granted in response to Tamil protests that Tamil could be used for administrative purposes, but only in the north and east, where the majority of Sri Lankan Tamils reside.) The UNP oversaw the horrendous violence of the July 1983 anti-Tamil pogrom, which became the catalyst for the long civil war between the Sri Lankan armed forces and the Liberation Tigers of Tamil Eelam (LTTE). The Rajapakses’ SLPP triumphed in that war, but has been accused of war crimes and genocide. In its postwar stints in office (2010-15; 2019-22), it failed to initiate any meaningful justice or reconciliation measures. It also encouraged anti-Muslim violence, turning a blind eye to brutality against Muslim shops, mosques and communities. Violence in Aluthgama in 2014, in Ampara and Kandy in 2018 and the harassment of Dr. Shaffi, a gynaecologist falsely accused of forcibly sterilising Sinhala women, whipped up anti-Muslim sentiment among the Sinhalese in the run up to the presidential election of April 2019.

Despite anti-Muslim racism, the mainly Sinhalese protestors at GotaGoGama were welcomed by Muslims, who also want regime change. The April protests coincided with Ramadan. At the end of the fast each day, Colombo-based Muslims were seen at Galle Face sharing sweets and samosas with the protestors. Maulvis and Buddhist monks stood side by side on the protest ground. Sri Lanka’s Tamils were less visible, pointing to deeper historical wounds that are yet to heal. Aware of the need to unite all Sri Lankans and the importance of optics, the GotaGoGama protestors did have slogans in Tamil, where before they would have been only in Sinhala. In turn, some Tamil owned businesses in Colombo donated food and drink to GotaGoGama. Tamil artists, such as the Samathai Drummers for Justice from Batticaloa, performed at GotaGoGama. Mahaiyar Tamils from the tea plantations were also present, with placards addressing their concerns: landlessness and job insecurity in the face of privatisation. In the north and east Satyagrahas were held on specific days as decided by the Aragalaya, with shops and businesses closing in solidarity with the protests in the south.

It is undeniable, however, that Tamil speakers and slogans at GotaGoGama were markedly fewer than those in Sinhala. For many Tamils the protests raise uncomfortable questions of the Sinhalese: ‘Where were you when we were protesting against enforced disappearances and war crimes?’; ‘Why did you elect a president associated with war crimes in the first place?’ On 30 May, Ratnajeevan Hoole, a Tamil from Jaffna, voiced these concerns in an article in the Colombo Telegraph: ‘As a Tamil I face questions on why Tamils are not participating in greater numbers in GotaGoGama. It is because of our innate feeling that the Sinhalese will never agree to Tamil aspirations – that they want us only until Gota goes.’ Mistrust of the Sinhalese runs deep. GotaGoGama shows both the promise and the fault lines, the aspirations and the anxieties that cut across ethnic and social relations in Sri Lanka today.

As the Aragalaya became more militant, culminating in the capture of state buildings and the burning on 9 July of Wickremesinghe’s home, and as the new president sanctioned a fierce military crackdown on the few protestors remaining at Galle Face, the ideological and tactical differences within the protest movement have widened. After the heady days of April and May, the uprising dubbed the ‘Sri Lankan Spring’ is now at a crossroads. A better understanding of the nexus of global capital, debt and sovereign vulnerabilities will be among its legacies; improved ethnic relations in a country riven by historic divisions may not.

Neloufer de Mel is Senior Professor of English at the University of Colombo. 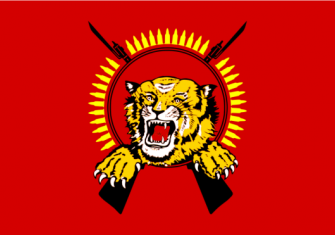 Conflict and Community in Sri Lanka 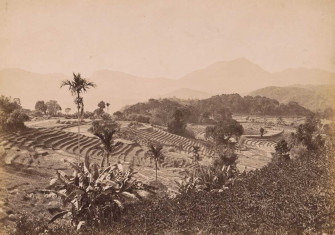