A series of betrayals, atrocities and trials in the 1960s changed opposition politics forever.

On 4 July 1964, a month after the Rivonia Trial, which saw Nelson Mandela and other members of the African National Congress (ANC) sentenced to life imprisonment, police in Cape Town knocked on the door of Adrian Leftwich, a suspected communist sympathiser. On being asked in court to explain Marx’s dialectical materialism he confessed: ‘I say, I don’t really know, My Lord.’ But Leftwich was a member of novelist Alan Paton’s Liberal Party and an organiser of a clandestine sabotage group, the African Resistance Movement (ARM).

When police entered Leftwich’s flat, they knew that he was an ex-student leader who had anti-apartheid views. He had been held in police cells, as had many of his friends and accomplices. But at the time the police seem to have known nothing of ARM and its activities, which under the General Law Amendment Act of 1963 could be punishable by the death sentence.

ARM’s history goes back to 1953 and the formation of the Liberal Party. The LP was launched as a multiracial party after the general election of that year, in which the apartheid National Party won its first clear majority. It was created initially with the belief that it would use parliamentary means to change South African politics. Although many of its leaders were white, people such as Selby Msimang (one of the founders of the ANC) were instrumental in its creation. Like many other black leaders, Msimang had become weary of the ANC’s alliance with the white communist-affiliated Congress of Democrats (COD). Jordan Ngubane, one of the founders of the ANC’s Youth League, also joined the LP for this reason.

After the 1958 election it became clear to many in the LP that the apartheid government would not be shifted by parliamentary means. The LP had put up several candidates, most of whom had failed even to recover their deposits. Winning parliamentary seats in a whites-only franchise would never be a reality for the party. At that point Randolph Vigne, the young chair of the LP, decided that sabotage had become a legitimate response to apartheid’s oppression.

Vigne is often considered the main organising force behind what was at first called the National Committee for Liberation (NCL). But in fact the initial founding group, and the commitment to the policy of sabotage, began with the ex-communist Monty Berman shortly after the Sharpeville Massacre of 1960, in which police opened fire on protesters at a black township in Transvaal, killing 69 people. Berman and 34 white dissidents were arrested weeks after the atrocity and held under state of emergency legislation. They were a mixture of communists, liberals and Trotskyites. While incarcerated, they agreed in principle to work together. They in turn merged with a small group of disillusioned ANC members calling themselves the African Freedom Movement, which included Johannes Dladla. The NCL, however, soon gave up collaborating with the communists, who had gone on to help the ANC form its military wing, uMkhonto we Sizwe (MK).

It was then that Vigne became involved. He brought organisation to the group. As the socialist mathematician Roman Eisenstein stated in an interview, Vigne took control of the NCL’s policy direction. By 1964 the group, which had changed its name to the African Resistance Movement, had grown to around 65 members. He recruited many of these from the LP, although he was always adamant that ARM was never directly connected to it.

Initially NCL/ARM helped black dissidents who had been banished to remote areas of South Africa by the apartheid regime to escape the country. They also flew Robert Resha, an ANC leader and journalist, out of South Africa disguised as a priest in 1960. In 1961 they smuggled Mandela and Walter Sisulu across the border on a diplomatic mission to Bechuanaland (now Botswana).

With Vigne’s recruits – Robert Watson, an ex-British army bomb expert, Eddie Daniels and Adrian Leftwich, together with Stephanie Kemp, Denis Higgs, Hugh Lewin, Eisenstein and Dladla – they managed to commit around 25 acts of sabotage, destroying electricity pylons and railway signals. All of these acts, which caused considerable damage and disruption, obeyed the rule that no human life was to be endangered.

This sabotage was generally blamed on the ANC’s MK, although police were aware that the dynamiting of these structures had become more sophisticated. This was due to Watson and Higgs. On 4 July 1964, however, the Security Branch struck gold. While rifling through Leftwich’s papers they discovered three pages written by Watson. These, Leftwich later explained, ‘set out in very general terms the kind of steps one should take when identifying and assessing a target, and how to attack it’. Initially the police did not understand what they had in their possession and left. But minutes later they barged into his flat and arrested him.

As Leftwich’s friend and fellow saboteur Hugh Lewin would describe it:

Adrian was detained by the security police in Cape Town. Five days later they picked me up in Johannesburg. He had given my name. A couple of months later he was a state witness in the trial that sent me to prison for seven years for anti-apartheid sabotage. We were both 25 years old.

Leftwich, later a lecturer in politics at the University of York, would relate the events of his capture and the betrayal of his comrades in an essay entitled ‘I Gave the Names’. In it he confessed that after a few punches to the stomach and with the knowledge that he was facing either life imprisonment or the death sentence, he coughed up the names and agreed to testify against his friends. But the betrayal went further. Leftwich, according to Lewin, told police they could get information out of others whom he knew but claimed he did not. This resulted in Lewin, Lynette van der Riet (Leftwitch’s girlfriend), Kemp and Daniels being tortured.

Lewin did manage to keep one name, John Harris, from the police for two weeks. Harris’ involvement in ARM in Johannesburg was unknown to Leftwich and so he initially escaped arrest. Harris had stayed in Johannesburg with his wife and baby, despite the fact that most of the ARM members had either been arrested or had fled the country. Vigne, for example, had managed to escape the police, who firebombed his house, by boarding a ship using a friend’s passport. Confused as to what to do, Harris decided on an act of defiance.

Although it was the strict rule of ARM never to endanger human life, Harris placed a suitcase on the busy ‘whites only’ concourse of Johannesburg Park station. The suitcase contained eight sticks of dynamite, a quantity of Cordtex and a two-gallon plastic container of petrol. Despite several phone calls to newspapers and the railway police stating that the station must be cleared, no action was taken. The incendiary explosion killed one elderly woman, Ethel Rhys, and injured 23 others. Many were severely burnt.

Lewin was taken from the police cells to the scene of the bomb, where he was told that 14 people had been killed. Shocked and confused, he was returned to the police station, where he was beaten. As he would relate, while lying on the floor with shoes and fists smashing into his face and body, he called out the name of John Harris. It seems, however, that the police already had Harris in custody. His name had been given by another member of the ARM, John Lloyd, a man who, along with Leftwich, turned state’s evidence. There are indications that Lloyd warned police some days before of Harris’ intentions.

Harris immediately admitted that he had placed the bomb in the station. After his admission, he was kicked to the floor, where several ‘rugby kicks’ to the head broke his jaw in several places. The Oxford philosopher A.J. Ayer wrote to the minister of justice B.J. Vorster stating that the torture and beatings of the ARM members had left ‘your region an abomination in the eyes of the world’.

But the station bombing and the death of Ethel Rhys had made ARM and, by association, the Liberal Party the subject of deep moral condemnation. This was worsened by Leftwich, Van der Riet and Lloyd’s betrayal of their friends in three very public trials. As the judge would quip after Leftwich had given evidence, to call him a rat was ‘being hard on rats’. The LP’s leader, Paton, wrote that the ARM trials left him ‘torn between pity and nausea’ and that he harboured a deep bitterness toward Vigne. Harris was hanged in 1965, while Lewin, Daniels, Kemp and seven others all received jail sentences of between five and 15 years.

End of the party

The LP was effectively finished. As Vigne stated himself: ‘The harm the ARM did the Liberal Party was grievous.’ Paton, in his presidential address to the LP in 1965, asked the party to ‘calculate clearly how much endurance you have’. B.J. Vorster, who became prime minister in 1966, would say that ‘the liberalists in South Africa were in many respects more dangerous than the communists’. The LP disbanded in 1968, when it became illegal for any organisation in South Africa to have multiracial membership.

For decades, both the right and the left pilloried liberal politics after the ARM, arguing that the public betrayals of Leftwich and Lloyd were symptomatic of the corrupt nature of liberalism. It is worth noting that, in almost every political trial in South African history, people turned state’s evidence and betrayed their comrades, not least in the Rivonia Trial. Witness identities were, however, often strictly protected. In many senses, the ARM trials were show trials where both the witnesses and the defendants were put on a stage by the state.

For decades after these events, liberalism was the politics that dared not speak its name. No leftist liberal party with a multiracial imperative ever re-emerged in South African politics. The ANC has always had its liberal, democratic socialist faction, one that associated openly with the LP. But it is one faction of many within its ‘broad church’, which still includes the South African Communist Party. The official opposition, the Democratic Alliance, who often claim to be the bearers of liberalism in the country, stem instead from a conservative-leaning economic liberalism, which now flirts openly with right-wing populism. It could well be said that the ARM betrayals and the bomb placed on Park station’s concourse tragically and unintentionally killed not only a person but a kind of South African politics.

Matthew Blackman is the co-author of Rogues Gallery: An Irreverent History of Corruption in South Africa, from the VOC to the ANC (Penguin, 2021). 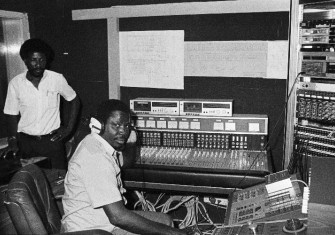 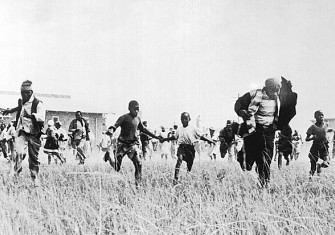