The Labour Party’s recent entanglement with antisemitism came as a shock to many. At its root is the issue of nationalism. 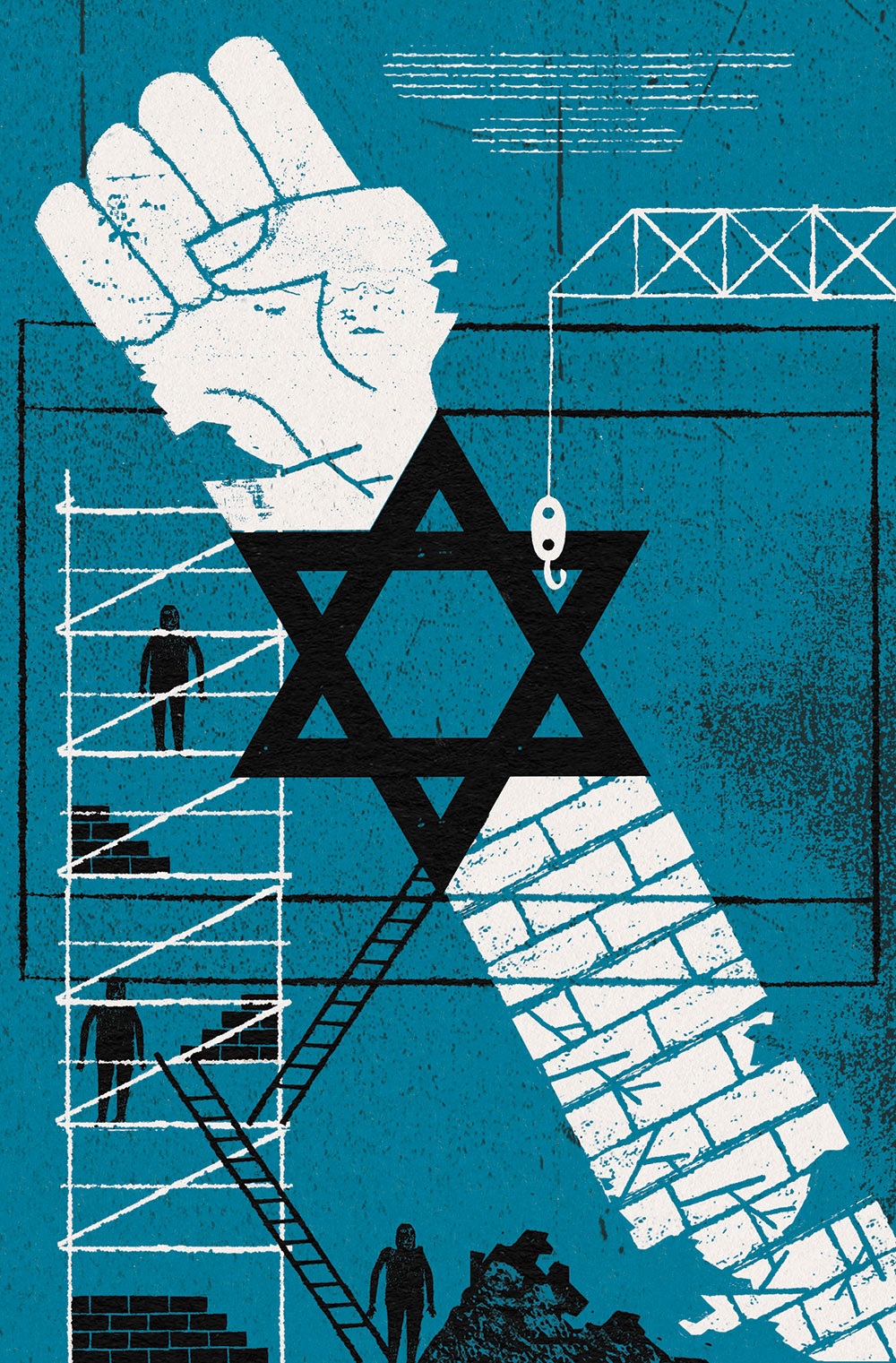 There is much evidence that ‘the world has gone mad today’. One case is the British Labour Party’s problem with antisemitism. Social democratic and socialist parties of the Left are not supposed to have antisemites in their ranks. The Right is where antisemitism flourished traditionally. It was they who denied Jews access to the Establishment and saw them as part of a Judeo-Bolshevist conspiracy. Since the late 1940s, admittedly, the Soviets attacked Zionism and ‘bourgeois cosmopolitanism’. But Labour and other centre-left parties in the West acted as heirs to the liberal tradition of equality of citizens regardless of religion or ethnicity and became the parties for which most Jews voted. It is a topsy-turvy world if Labour is the party with an antisemitism problem.

Should we be surprised by recent displacements in the political spectrum concerning antisemitism, given the historical record? Has antisemitism been on the Left all along? There are many instances where people on the Left were antisemitic. It just depends what you mean by ‘the Left’. Georg von Schönerer was an antisemitic politician who later became one of Hitler’s political heroes. As a member in the Reichsrat, the parliament of the ‘Austrian’ half of the Habsburg Monarchy, he was seen as a man of ‘the Left’. This was partly because of the peculiarities of the multi-national Monarchy. When the parliament was established, the hegemonic German Liberals were seated on ‘the Left’ of the chamber, counter to the ‘Right’ of federalists, conservatives and Clericals. This meant progressive politicians representing minority nationalities, such as Czechs, were on ‘the Right’ of Austrian politics and antisemitic German nationalists on ‘the Left’.

Yet in many ways Schönerer was on the Left. He was an ally in the late 1870s of German nationalist students who pressured the Liberals to adopt both more pro-German and more progressive policies. He and his allies championed the cause of the lower classes and proposed social welfare policies against liberal orthodoxies. With no working-class socialist representation in parliament, this bourgeois extreme Left represented what we now think of as left-wing policies, which partly explains the initial prominence of Jewish students in the movement. There was a hitch, however: being German nationalists, shaped by neo-Romantic, Wagnerian culture, Schönerer’s movement soon added antisemitism to their programme: first ‘cultural’ but, by 1883, a racial antisemitism.

The adoption of antisemitism did not displace the Schönerians from the Left. They saw the emphasis on racial purity as egalitarian, within the German national group. Schönerer’s slogan became ‘through purity to unity’: prioritising the ethnic nation would overcome class boundaries. Like socialists, Schönerians championed social justice and advocated economic control to promote it. It was just that Jews were not included in their German nationalist ‘society’. The antisemites’ claim that it was ‘Jewish’ capitalism that was to blame for the iniquities of modern society led the Viennese politician, Ferdinand Kronawetter, to call antisemitism the ‘socialism of fools’: foolish perhaps, but still a variety of socialism.

This coexistence of antisemitism and the politics of the Left was not unique. The Young Czechs, although on the Reichsrat’s ‘Right’, were a typical left-liberal, social justice party, but their Czech nationalism also veered into antisemitism concerning Bohemian and Moravian Jews, whom they viewed as pro-German rather than ‘real’ Czechs. Further afield, when Schönerer was promoting legislation restricting Jewish immigration, he could claim that he was simply adopting the American Chinese Exclusion Act of 1882 for Central Europe. This law had been passed to meet US (white) workers’ demands to prevent ‘unfair’ competition from Chinese immigrants and to maintain ‘racial purity’ on the West coast.

There are also clear parallels with the socialist Left. Most histories of antisemitism will record how early socialists, such as Alphonse Toussenel, detested Jewish financiers in France. There is also the young Marx’s essay, On the Jewish Question. So perhaps we should not be surprised if Corbyn’s Labour Party, which does have nationalist tendencies on topics such as Brexit, occasionally touches the antisemitic third rail. The recent case, where Corbyn wrote a foreword to a republication of John Hobson’s Imperialism (1902) without mentioning the author’s antisemitism, only exacerbates such problems. But this ignores the fact that socialism, at least since the later 19th century, was generally an opponent of the religious, nationalist and racist thinking that leads to antisemitism. His early writings notwithstanding, Marx’s later approach stressed that such considerations were subordinate to the class struggle and the worker’s emancipation from the oppressive ‘iron laws’ of capitalism. Economic and social issues should come before distracting issues such as antisemitism. The western socialist Left has adhered to this programme, marked by the universalistic values of the Enlightenment, liberalism and democracy, summed up in the term ‘Social Democracy’.

There has, however, been one historic change that has profoundly affected how the wider political spectrum relates to antisemitism: the emergence of Zionism and the creation of Israel.

Zionism only became a serious political movement in the 1890s. (‘Zionism’ was a neologism, invented by Nathan Birnbaum in 1890 as a name for Jewish nationalism.) The movement initially struggled, but the Balfour Declaration, the crisis in interwar Europe and the horror of the Holocaust enabled the achievement in 1948 of an internationally recognised nation state for Jews. The impact of Israel’s existence on Jewish identity was relatively small to begin with but, over the decades, it has profoundly changed the situation of world Jewry.

Before Zionism, Jews had been seen as strangers, connected to the outside world, but not at home anywhere. Jewish emancipation solved this problem by accepting Jews as full, equal citizens in their countries of domicile. By the 1870s, Jews in Western and Central Europe (and the US) had become full citizens of the countries they called home, as members of a religious minority. Socialists generally accepted this liberal, secular solution. The Right, and the ethnonationalist part of the ‘bourgeois Far Left’, never truly accepted the egalitarian premise of emancipation, still regarding Jews as different: not really ‘one of us’.

Zionism transformed Jews from a religious minority to a nation, which aimed to establish first a homeland and then a nation state. Jews are now, in Zionist theory, no longer ‘homeless’. Roughly half of world Jewry now lives in Israel and even Jews living in the diaspora have regained a home base, because Israel is ‘the concrete expression of the Jewish people’s right to self-determination’.

The effect of this transformation has taken decades to play out. Israel presented itself into the 1970s as a socialist as much as a Jewish project. Western socialists also accepted, more than most conservatives, the liberal, pluralist idea of supporting the rights of oppressed minorities, including Jews. Even questions of dual loyalties were not a problem for most socialists when it came to postcolonial immigrant minorities, in a pluralist, multicultural world. Jews were given extra solicitude because of the Holocaust. The socialist sympathy for oppressed ethnic minorities, however, translated into support for nations oppressed by western imperialism – and that included Palestinians. From the Six Day War of 1967, the Left’s view of Israel has changed from a socialist state threatened by its Arab neighbours to a colonialist power occupying another people’s territory. Israel has been seen by the Left as mainly responsible for frustrating any solution to the Israeli-Palestinian conflict. Israel, under Benjamin Netanyahu, is no longer a socialist project.

Of the half of world Jewry still living outside Israel, many feel a loyalty to it (though not necessarily to its policies). Balancing the loyalty to their ‘home’ countries and to Israel is a complex question, as it is with all immigrant diasporas, but it is a real question with consequences. Socialists now oppose Israeli policy; therefore they also oppose support of such Israeli policy by Zionist Jews (based on loyalty to Israel) in countries such as Britain. At this point, however, the former understanding of antisemitism is applied, where anything less than seeing Jews as full, equal citizens and any questioning of the complete loyalty of Jews to their home country is seen as antisemitic, even when many Jews, as Zionists, do have another loyalty: to Israel. It is in this context of a conflation between ‘old’ and ‘new’ understandings of the relation between Jews, Zionism and antisemitism that the Corbyn crisis should be understood.

Meanwhile the changes wrought by Zionism have had a liberating effect on the heirs of the antisemitic wing of the ‘bourgeois Left’. Schönerer was a representative of ‘illiberal liberalism’; his successors are now the champions of ‘illiberal democracy’. Before Zionism, ethnonationalist antisemites rejected Jews as ‘rootless cosmopolitans’; now leaders such as Hungary’s Victor Orbán admire Israel as a model ethnic nation state. They can employ dubious rhetoric, as in Orbán’s attacks on George Soros, yet still ‘love Israel’. The problem for them is not Israel, but rather ‘rootless’ cosmopolitans exemplified by Soros (and much of the centre-left intelligentsia in Budapest). Netanyahu himself has intimated that Jews should leave France and Europe and move back ‘home’ to where they belong as Jews: Israel.

Israel’s leader is now on good terms with leaders of radical right-wing, nationalist, but pro-Israel, parties throughout Europe and the West. These parties can be pro-Israel and antisemitic, as well as Islamophobic and xenophobic, blaming economic iniquities on ‘illegal immigrants’, asylum seekers and internationalist billionaires. They may claim not to be antisemitic, because they are pro-Israel, but parties such as UKIP in Britain and Trumpists in the US are continuing the antisemitic logic of the Schönerian ‘bourgeois Far Left’ by blaming all problems on the Other.

Socialism might appear foolish at times and is far from immune to the antisemitic temptation, but the real threat that Jews and other minorities face, along with all who believe in liberal democracy, is not socialism, but the ethnonationalist ‘socialism of fools’.

Steven Beller is the author of Antisemitism: A Very Short Introduction (OUP, 2007) and Democracy: All That Matters (Hodder & Stoughton, 2013). 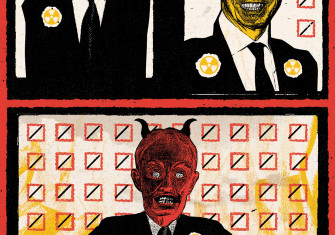 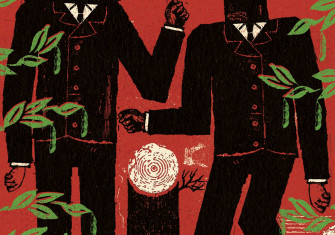 The Two Prices of Soy