BC/AD Dating: In the year of whose Lord?

The continuing use of AD and BC is not only factually wrong but also offensive to many who are not Christians. 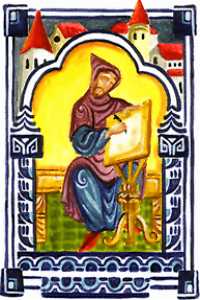 What year is it? This most basic of historical questions yields no universal answer. For Orthodox Jews, counting from the putative creation of the universe, the October 2009 issue of History Today, where this article first appeared, was published Anno Mundi 5770. According to the Muslim lunar calendar, dating from Muhammad's Hijra (flight or emigration) from Mecca, it is now ah 1430. Persians, Mayans, Jains, even Freemasons, all have their own eras. But it is the Christian era, counting 'the years of the Lord' from the birth of Christ, that is now ubiquitous in business, politics and historical writing. In that system, it is 2009 - but should one say ad 2009 or, as is increasingly common among scholars, 2009 CE - 2009 of the 'Common Era'?