Jerry Brookshire shows that the ‘special relationship’ in 1945-51 was in safe, and curiously similar, hands. 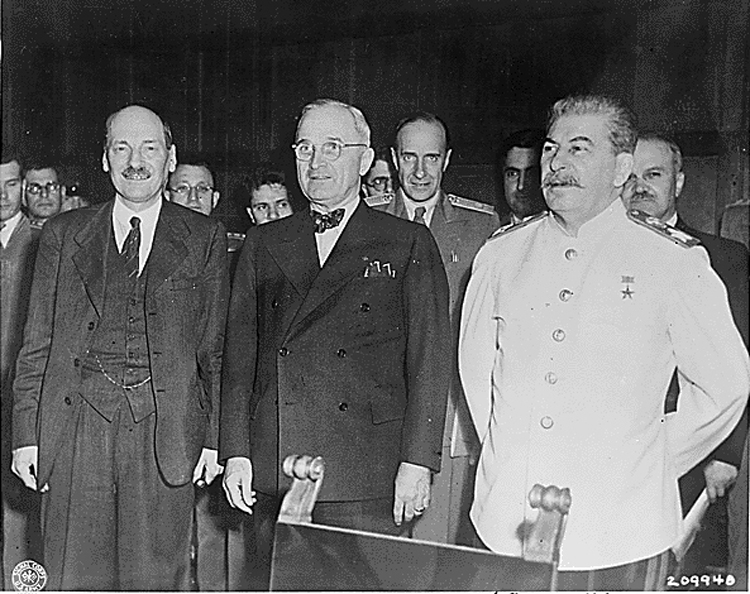 Nineteen Forty-Five, and the world was at war. Those exuberant patricians Winston Churchill and Franklin D. Roosevelt had rallied the people with stirring words, dogged determination, and public presence, becoming close comrades. Yet within four months, Roosevelt had suddenly died and Churchill had been surprisingly defeated at the polls. Who could possibly replace those heroic leaders? Clement Attlee and Harry Truman? Succeed, yes. But replace in influence and stature? It was unlikely. Yet Attlee and Truman now rank high in each country’s pantheon of statesmen.