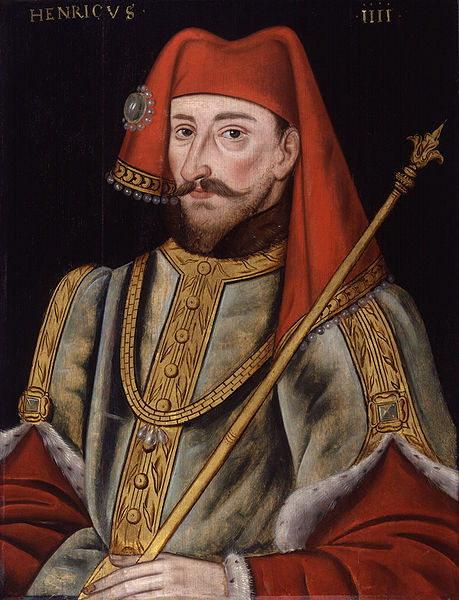 Henry Bolingbroke took the English throne from Richard II in 1399, with support from the Percy dynasty of Northumberland. He had himself crowned as Henry IV, but things did not go smoothly. The French regime refused to recognize him and the war against them and Owen Glendower in Wales added to the new King’s financial difficulties. His exactions aroused opposition and the Percys rose in rebellion in alliance with Glendower, to be defeated in battle outside Shrewsbury in 1403. Resentment simmered and two years later, Henry Percy, Earl of Northumberland, rebelled again. He was joined by Richard Scrope, Archbishop of York, who came from a leading northern family with close Percy connections. Along with Archbishop Arundel of Canterbury he had ostentatiously welcomed Henry Bolingbroke to the throne. Now he called on the citizens of York to rise against excessive taxation, maltreatment of the Church and the clergy, and corruption in the King’s household. Also drawn in was the nineteen-year-old Thomas Mowbray, Earl of Norfolk, apparently out of resentment at his treament after the banishment and death in exile of his father, the previous earl.
Scrope and Mowbray raised an army of eight or nine thousand townsmen and country people on Shipton Moor outside York. It was not an impressive fighting force, but presumably it was meant to link up with Northumberland’s more seasoned army. Percy, however, failed to move to York to his allies’ support. Henry IV was campaigning in Wales when he heard of the revolt, late in May, and moved swiftly towards York.
On May 29th, meanwhile, Ralph Neville, Earl of Westmorland, one of the most powerful figures in the North, arrived at Shipton Moor to talk to Scrope and Mowbray. Over an amicable cup of wine he assured them that their grievances would be met. At this they told their men to go home and were then astonished and pained when Westmorland had them seized and shut up at Pontefract. King Henry arrived there on June 3rd, refused Scrope’s request for an interview and had the archbishop’s crozier, his badge of office, taken away from him by force after a fierce struggle.
Archbishop Arundel hurried north to plead for clemency, but Scrope and Mowbray were condemned to death by a hastily organized commission of the King’s supporters, Westmorland among them. They were paraded through the streets of York, with Scrope mounted on a mule and ignominiously facing backwards, and beheaded outside the city. The Archbishop comforted the frightened young Mowbray and allowed him to go first. His own head was taken off with five blows of the axe, it was said, recalling the five wounds of Christ. His body was buried in York Minster and there were claims of miracles at his tomb. Mowbray’s head rotted for a couple of months on Bootham Bar.
It did not escape notice that the King promptly fell ill and had to rest for a week at Ripon to recover. He then moved on north to the Percy heartland, but his health took a severe turn for the worse in his later years and word spread that he had been stricken with leprosy as a judgement on him for the Archbishop’s execution. Henry Percy persisted in his opposition until he was finally killed in a skirmish in 1408. Henry IV himself died in 1413.
MedievalPolitical