Frank L. Holt looks at the legends and realities of Alexander's bride from Central Asia, the world she lived in and the power struggles that ensnared her. 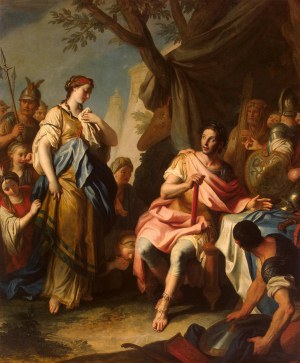 Perhaps no figure in human history has so overshadowed the age into which he was born as Alexander the Great of Macedonia. In his lifetime of less than thirty-three years, this extraordinary king inspired a legend that has now outlasted twenty-three centuries and even shows signs of gathering strength. Alexander the Great of antiquity is thus Alexander the Greater today. And it is not only in history and literature that his fame looms larger and larger. A decade ago, when Greek archaeologists unearthed a royal tomb said to be that of Alexander's father, Philip II, its contents became the centrepiece of an international exhibition with an indiscreet title: 'The Search for Alexander', If the young Alexander did indeed complain that he might never compete with the fame of his father, this grave has now (for the second time) laid his concerns to rest.