The Act of Settlement

Richard Cavendish explains how the Act of Settlement, signed by William III on June 12th, 1701, brought the Hanoverian dynasty to the throne. 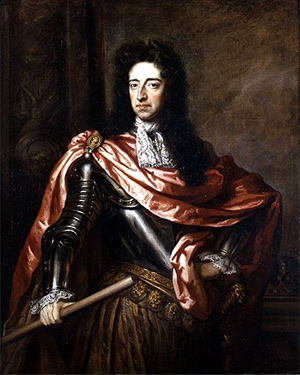 The death of a frail little boy of eleven of a fever at Windsor at the end of July 1700 had far-reaching consequences. William, Duke of Gloucester, was the only surviving child of Princess Anne and Prince George of Denmark. Now in her mid- thirties, the unfortunate princess had endured seventeen pregnancies and it seemed unlikely that she would conceive again or that the child would live if she did. William III was a childless widower of nearly fifty, not in the best of health and not attracted to women. The question of the succession suddenly became urgent as the possibility of a Stuart restoration loomed. James II himself, in exile in France, was not a feasible candidate, but he had a twelve-year-old son, James Francis Edward, titular Prince of Wales (known to history as the Old Pretender). Though the canard that he was not a royal prince at all and had been smuggled into Mary of Modena’s bed in St James’s Palace in a warming pan had not been forgotten, he was a potential successor to Princess Anne, his aunt, and he might well turn Protestant to regain a throne.

The Stuart cause was set back in September, however, when James II died and at the deathbed, Louis XIV acknowledged young James Francis Edward as the new king of England as James III.

As an alternative to this Stuart succession, the sons of Victor Amadeus II of Savoy were briefly in the field. Their grandmother was Charles II’s sister Henrietta (‘Minette’), but they were outsiders against the youthful Elector George Lewis of Hanover, the great-grandson of James I. His mother, Princess Sophia, was the youngest daughter of Charles I’s sister Elizabeth, Winter Queen of Bohemia and heroine of Protestant Europe. The committee drafting the Bill of Rights of 1689 had suggested entailing the crown on Princess Sophia, but the idea had not then been taken up. She was now entering her seventies, but her son George was a staunch Protestant, a competent soldier and a determined opponent of the French. He spoke not a word of English, and took little interest in the place, which made him the best guarantee of the English constitutional settlement which had followed the dethronement of James II in 1688.

The Act of Settlement passed by Parliament and signed by William III in 1701 accordingly provided that, failing direct heirs of William or Anne, the crown would pass to Princess Sophia and her Protestant descendants. It made the succession dependent on parliamentary sanction rather than hereditary right. Its principal purpose was to exclude Roman Catholics from the throne, which ever since has been one of the British constitution’s few definite principles. Enacted ‘for the happiness of the nation and the security of our religion’, it provided that ‘the kingdoms of England, France and Ireland, with the dominions and territories thereunto belonging’ should not pass to anyone ‘who is or shall be reconciled to, or shall hold communion with, the see or church of Rome or shall profess the popish religion or shall marry a papist…’.

The Act also stipulated that the future monarch must be in communion with the Church of England, must never go out of England, Scotland and Ireland without the consent of Parliament and must not involve his English dominions in the defence of his territories on the Continent without the approval of Parliament. This Act brought the Hanoverian dynasty to the throne in the person of George I in 1714 and kept it there until the accession of Victoria in 1837.