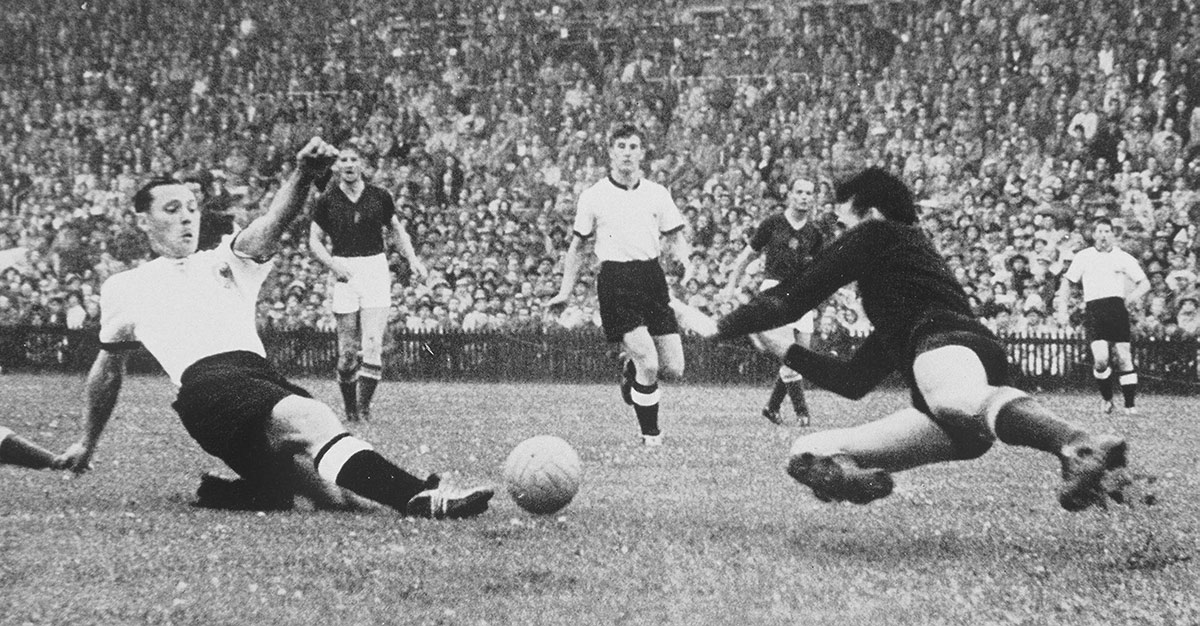 The 1954 World Cup: Triumph of a New Germany

When West Germany won the competition for the first time in 1954 they were the unfancied representatives of a divided nation emerging from defeat and humiliation.

July 2014 saw a sporting triumph which is credited with playing an important role in the rehabilitation of Germany after the Second World War. Few observers gave the West German football team any real chance when they met the highly regarded Hungarian side, ‘the Mighty Magyars’, led by the great Ferenc Puskás in pouring rain in the World Cup final in Berne’s Wankdorf Stadium on July 4th, 1954. The Germans, contrary to received wisdom today, had little pedigree in international football up until this point. The Hungarians, on the other hand, were the ‘Golden Team’ of the postwar period, unbeaten for four years and having outclassed England twice in the build up to the tournament in Switzerland.