Richard Cavendish marks the anniversary of a very suspicious death, on March 10th, 1948 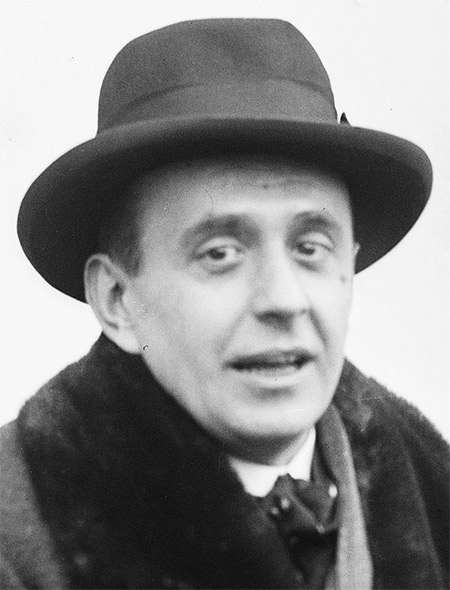 With its colossal 440ft facade of Corinthian pillars dominating Loretto Square, the 17th-century Cernin Palace is the largest aristocratic mansion in Prague. It was the Nazi headquarters in the city during the Second World War and subsequently housed the Czech ministry for foreign affairs. At 6.30 on the morning of March 10th, 1948, the body of foreign minister Jan Masaryk was found lying in the cobbled courtyard below the window of his official flat in the palace. Whether he jumped to his death or was pushed in one of Prague's notorious defenestrations has never been conclusively established. He was 61 years old.

Masaryk had been the only liberal remaining in the government after the Communists had seized power in Prague two weeks before, in February. The official line was that he committed suicide, suffering from depression and insomnia fuelled by recriminations from England and America over his decision to remain in office in the Communist administration. It was claimed that reproachful telegrams were found in his room and that people who had seen him over the previous weekend had been shocked by the change in his appearance. An alternative theory is that he killed himself in protest against the Communist coup, but the window would not have been easy for a man of Masaryk's build to climb out of and suspicions hardened that he had been murdered. The police doctor who certified Masaryk's death as a suicide was himself found dead a few weeks later, officially yet another suicide.

The state funeral was staged on March 13th. In the Pantheon in Prague, in the presence of the Czech president, Edvard Benes, and the entire cabinet, the funeral oration was delivered by the prime minister -the Russian- trained Communist leader Klement Gottwald, who insisted that Masaryk had been driven to his death by a concerted campaign from the West. The news of the suicide had come 'like lightning out of a clear sky,' he said, and 'we can never forgive the foreign enemies of the Republic for this.' Gottwald and the rest of the cabinet, with members of the Masaryk family, foreign diplomats and representatives of Czech national organisations joined the funeral procession through the capital's streets, watched by a crowd estimated at hundreds of thousands, before the coffin was taken to the village of Lany, outside Prague, for burial in the family grave.

Born in 1886, Jan Masaryk was the son of the great Tomas Masaryk, academic philosopher and principal founder of Czechoslovakia as an independent nation after the First World War. His mother was American and he spoke fluent English. His wit, playboy-style gaiety and engaging cynicism of manner made him many friends as ambassador in London from 1925 to 1938 and he was a leading ally of Benes in the Czech government-in-exile during the Second World War. The government returned to Prague in 1945, but operated in the shadow of the Red Army. Masaryk always hoped that Czechoslovakia could act as a bridge between the West and the Soviet Union, but Moscow wanted an empire not a bridge and the successful Communist coup of February 1948 was carried out under the supervision of the Soviet assistant foreign minister, Valentin Zorin, who was in Prague at the time. Three months after Jan Masaryk's death, Benes resigned and Gottwald introduced a Soviet-style constitution and suppressed all opposition.