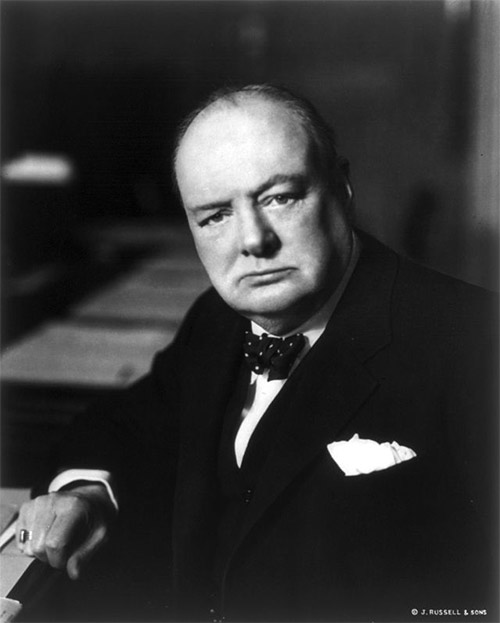 Churchill’s view of Britain’s role in the world did not go around in circles, it linked them. The circles in which Britain needed to play a role and upon which its influence depended were Europe, the United States, and the Commonwealth. These were his three concentric circles, with Britain as the crucial link between them. To be excluded from any one was to be diminished in the other two, as had happened when Nazi Germany expelled Britain from continental Europe in 1940.

The failure of both Britain and the EU to recognise the interdependence of all three and Britain’s pivotal role within them may provide the key to Brexit.

Churchill believed his country to be unique, its history a demonstration of that fact. Through centuries Britain had fashioned her relationship with these three great circles: the US, Europe, the English-speaking world. The 13 North American colonies had been the foundation of the United States winning its independence from the Crown but shaped by the language and many values of the Mother country, including a commitment to the rule of law. Churchill saw the Commonwealth as the heir to the empire of which he saw himself a son. After all, the concept of the Dominions was born of the painful experience of the American Revolution and testified to Britain’s constitutional ingenuity and political resilience. Had not the expansion of the Empire after 1776 shown the exceptional entrepreneurial and military genius of the British?

Britain’s military prowess had always been most critically tested in the cockpit of Europe. Britain had never enjoyed a splendid isolation from continental Europe, even after the defeat of Napoleon. In 1940 it was the island’s history that ensured its future and made surrender inconceivable. As Felix Klos observes in his excellent short study, Churchill on Europe, the wartime leader’s ‘acute awareness’ of Britain’s postwar problems ‘only strengthened Churchill in envisaging for his country a position of power at the heart of the three great overlapping circles’.

What is so important in understanding Britain’s referendum decision of June 23rd, 2016 is to recognise that deep down the British shared Churchill’s defiant optimism. That the EU failed to acknowledge Britain’s perceived special status contributed to the outcome.

Britain’s Churchillian aspirations about Europe were cruelly frustrated by General de Gaulle, who twice vetoed, with apparent relish, Britain’s applications to join the Common Market. As the group led by Churchill in 1946 seeking to establish a more united Europe expressed it: ‘Our sacrifices give us the right, our victory imposes on us the duty, and our interests confirm the wisdom of giving a lead to the European nations.’

It was not to be, partly due to British ambiguity and the caution of its politicians when in power (including Churchill after 1950) and also because of continental resistance and suspicion. When I interviewed Jean Monnet for a BBC documentary screened in 1973, he was, in reality, relieved Britain did not join the Coal and Steel Community because it would have sought to frustrate its federalist ambition.

Churchill, in 1946, was faced by the reality that his three concentic circles were critically divergent and dysfunctional. The US was focused on the priority of getting ‘the boys’ back home. American opinion still saw Stalin as ‘good old Uncle Joe’ and the 300 Soviet divisions spread across Central Europe as the allies who had helped smash Hitler. His ‘Iron Curtain’ speech, delivered at Fulton, Missouri on March 5th, 1946, was a clarion call for the West to resist, led by the US in partnership with Britain and the Commonwealth. Six months later, in Zurich, on September 19th, Churchill again shocked his audience and reshaped western thinking. He understood that the US might defend Western Europe by deploying its then unique atomic capability, but it was not going to pour its treasure into the economic recovery of Europe unless and until the French and the Germans reconciled and took the lead in creating ‘a kind of United States of Europe’. The Truman Doctrine and the Marshall Plan, as their author’s subsequently acknowledged, owed a great debt to Churchill’s two speeches to save the world. Intellectually and inspirationally he was the catalyst.

Churchill did not propose in either speech the organisational finished forms of either of the alliances he proposed. Rather, he urged daring and hope at a moment when no one else did. He offered instead a parable (though he would never have described it so), in a newspaper article. He described the tale of a prisoner languishing for decades in a forlorn dungeon. One day he struggled to his feet and pushed at the door he had always imagined bolted. It opened.

Churchill’s message to the West was: defy the limitation we impose on ourselves, to escape the imprisonment of our own making.

Alan Watson is the author of Churchill’s Legacy: Two Speeches to Save the World (Bloomsbury, 2016).