One of King John's most detestable crimes has been surprisingly overlooked by historians. 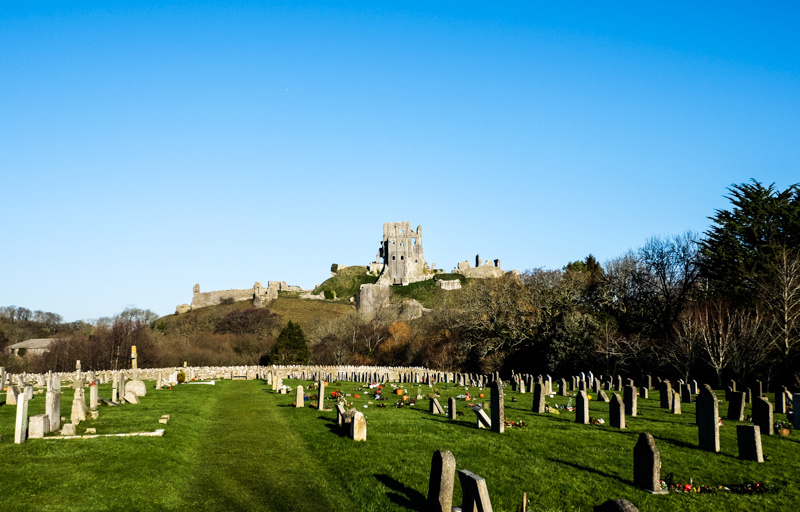 Corfe Castle in Dorset, today a hulking ruin, was in its day one of the most splendid royal palaces in England, and a particular favourite of King John. The Plantagenet monarch spent more time there than any at other castle apart from Marlborough, and invested vast sums in redeveloping it, adding spectacular new chambers and royal apartments for his own enjoyment. It was also at Corfe that the king committed one of the most infamous acts of his reign, by having 22 knights starved to death.

This incident has been surprisingly overlooked by historians of John’s reign, who either mention it only in passing, or fail to mention it at all. Yet at the time it clearly ranked as one of the king’s most detestable crimes, alongside his more famous decision to starve to death the wife and son of William de Briouze, and the murder of his own nephew, Arthur.

John’s struggle against Arthur explains the background that led to the starvation of the knights at Corfe. The king had succeeded to the English throne in 1199 after the death of his older brother, Richard the Lionheart, with seemingly little opposition, but England was only one part of the sprawling Angevin empire that had been cobbled together by their father, Henry II. In other regions – particularly Brittany and Anjou – the preference was for Arthur, the son of Richard and John’s late brother, Geoffrey, who had been duke of Brittany until his death in 1186. The result was a war of succession that seemed to have been resolved in John’s favour by 1200, but which re-erupted in 1202.

On July 30th 1202, John heard terrible news. His mother, the elderly Eleanor of Aquitaine, was being besieged by Arthur’s forces in the castle at Mirebeau, 15 miles north of Poitiers. Had she been captured the political consequences for John would have been disastrous. The king was almost 100 miles away at Le Mans, but by moving at lightning speed he was able to turn the tables on his enemies. At dawn on August 1st John and his troops descended on Mirebeau and took the besiegers completely by surprise: Arthur and all his supporters were captured. The king sent a jubilant letter back to his regents in England, exclaiming ‘God be praised for our happy success!’

But John’s success quickly unravelled, in part because of the way he treated his prisoners. The king took the knights he had captured at Mirebeau back to Normandy in carts, heavily shackled and chained. ‘He kept his prisoners in such a horrible manner and in such abject confinement’, commented the author of The History of William Marshal, ‘that it seemed an indignity and a disgrace to all those with him who witnessed his cruelty’. Some, like Arthur, were imprisoned in Normandy, but John had so many captives that he sent dozens of them across the Channel to be kept in castles in England.

Because the king refused to enter into negotiations with Arthur’s supporters about the possibility of their lord’s release, they continued in their rebellion. In October 1202 they succeeded in capturing two of his principal cities, Angers and Tours, and by the end of the year John was forced to withdraw to Normandy. Becoming increasingly desperate, John first seems to have given orders for Arthur to be mutilated – orders which were not carried out. Then, in January, he apparently tried a different tack, and visited the castle at Falaise where Arthur was being held. According to the chronicler Roger of Wendover, the king promised his nephew many honours if he would abandon his struggle, but Arthur replied defiantly, saying he would not desist until John gave up all of the Angevin empire, including England. Wendover’s story draws some support from the fact that John did visit Falaise at the start of 1203 – his enrolled letters show that he arrived there on January 30th and stayed for three or four days.

They also show the terrible nature of his anger, which resulted in the mass starvation at Corfe. On January 30th, the king sent letters to one of his trusted henchmen, Hugh de Neville, ordering him to cross the Channel to England, taking with him two of the prisoners from Mirebeau, Warin de Craon and Maurice de Basuen, who were to be deposited at Corfe. If this was the initial limit of John’s plan, he soon enlarged it. Five days later he sent a barrage of writs to England, directed to the keepers of 18 castles, requiring them to send a further 22 named individuals to the same place, ignoring all previous orders about their custody. He then wrote to the constable of Corfe, telling him ‘that he should do what Thomas, clerk of our chamber, and Hugh de Neville will tell him on the king’s behalf concerning the prisoners that have been delivered to him’. The nature of these orders, which clearly could not be committed to writing, is revealed by contemporary chroniclers, at least four of whom make reference to these men’s terrible fate. ‘Twenty-two of the noblest and strongest in arms were starved to death in Corfe Castle’, wrote the annalist at Margam Abbey in south Wales, ‘so that not one of them escaped’.

For modern audiences, who sometimes confuse the reality of the Middle Ages with the fantasy of Game of Thrones, this might not seem especially shocking. But in western Europe since the mid-11th century it had been political unacceptable for noblemen to kill each other. Between 1076, when William the Conqueror blotted his copybook by executing the earl of Northumbria, and 1306, when Edward I hanged the earl of Athol in London, no top-ranking aristocrat in England was deliberately put to death. By deciding to kill 20 or more of the knights he had taken at Mirebeau, John was breaking this taboo on a grand scale.

Moreover, not only was the king killing these men, he was killing them in a gratuitously unpleasant manner. Instances of other rulers starving people to death in the Middle Ages are exceedingly rare. According to one chronicler, Richard I had ordered the starvation of a man who had tried to frustrate his release from German captivity. Two centuries later, Richard II was variously reported to have been starved to death by his gaolers or to have starved himself to death in a fit of depression.

But starvation was a technique that John used time and again after his experiment in 1203. In 1210 he famously used it to destroy Matilda de Briouze and her son, William, who were said to have wasted away in the dungeons of either Corfe or Windsor. He may have used it again in 1212 to punish Geoffrey, archdeacon of Norwich, who was said by several writers have perished in a royal castle after a long and severe confinement. In October 1215, according to Ralph of Coggeshall, John declared he would kill the rebel baron Oliver d’Argentan ‘cruelly by starvation’, but stopped after three days when Oliver’s brother agreed to submit. A few months later, the rebel garrison at Belvoir Castle in Leicestershire reportedly surrendered after the king threatened to starve their lord, William d’Aubigné.

The example of Oliver d’Argentan is instructive, because it gives us a possible insight into John’s mentality. If Coggeshall is correct, the king started to starve Oliver in order to pressure his brother into an unconditional surrender. Might he have been trying to use the same tactic in 1203 with the knights captured at Mirebeau, in order to persuade their rebellious relatives in Anjou and Brittany to lay down their arms, or their lord, Arthur, to relinquish his claim? Had John’s intention simply been to condemn these prisoners to a slow death, he could have sent the orders to starve them to their various keepers all over England. The fact that he first had them all sent to Corfe suggests that there may have been some method in his cruelty, for Corfe lies on the south coast, closer than almost any other castle in England to Normandy. John’s order to give these men a deliberately slow death could have been called off within a day or so, in a way that would have been impossible if they were wasting away in Bamburgh or Newcastle. Plausibly, the king could have constructed this scenario in order to put the same mental pressure on Arthur and his supporters that he would later place on the brother of Oliver d’Argentan: submit and your starving kinsmen will be spared.

The alternative explanation is that John was simply sadistic. One of the repeated refrains of chroniclers who lived through his reign is that he was cruel. As the quotes above show, the charge of excessive cruelty was levelled against him by both the History of William Marshal and Ralph of Coggeshall. The Anonymous of Béthune, who wrote for a Flemish lord who had fought on John’s side in 1215–16, describes him as ‘a very bad man, more cruel than all others’. Contemporaries, in short, regarded King John as a villain – a criminal (felun) in the words of William Marshal’s biographer. Given his penchant for condemning people to die in such a horrific way, it is easy to understand why.

Marc Morris’s King John: Treachery, Tyranny and the Road to Magna Carta, published by Cornerstone, is out now in paperback. @Longshanks1307. 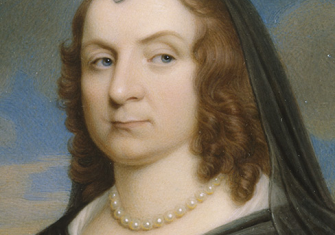 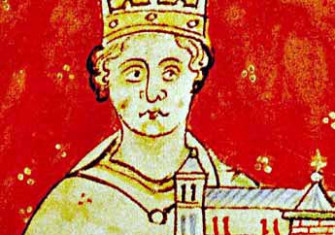