Will England's most reviled king get the Thomas Cromwell treatment? It doesn't seem likely. 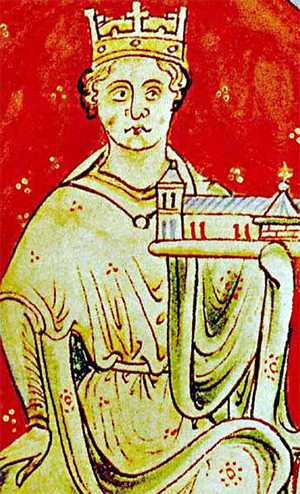 As the BBC’s adaption of Wolf Hall draws to a close, there can be little doubt that the rehabilitation of Thomas Cromwell is complete. Gone is the crude, shouting bully of Robert Bolt’s A Man for All Seasons, haranguing and persecuting the saintly Thomas More. In his place we now have a new Cromwell, more human, more humane – subtle, soft-spoken, witty, grief-stricken, conscientious. Such is often the way with historical personalities: their reputations rise and fall as we choose to regard them in new ways or in the light of new evidence. Historians and biographers must endeavour to provide us with balanced, accurate portraits of their subjects. Creators of historical fiction are not bound by such constraints.

No one knew this better than Cromwell himself, who was something of a pioneer in the field. As viewers of Wolf Hall will know, his overriding concern as chief minister of Henry VIII was the king’s quest for a queen who could produce a male heir – a quest which led to England’s break with Rome and the beginning of the English Reformation. In advancing this policy, Cromwell was happy to re-write history to a degree that would make even the most inaccurate historical fiction of our own day seem like sober reportage by comparison.

Consider, for instance, what Cromwell did with Thomas Becket. In the early 16th century, as for the previous 350 years, Becket was England’s foremost saint, the Archbishop of Canterbury who had famously clashed with Henry VIII’s namesake ancestor, Henry II, defending the rights of the universal Church against the contradictory claims of the English Crown. As everybody knew, that story had ended in bloody fashion in December 1170, when four royal knights murdered the archbishop in his own cathedral, instantly transforming him into the most famous martyr in Europe.

Cromwell denied all of this. According to his propaganda, Becket had died because of an argument with the Archbishop of York that became a brawl in the streets of Canterbury. The so-called martyr had piled into the fray in order to lay into one of his opponents and ended up being cut down in the scuffle. The murder, in other words, was all the fault of the Church. Poor, blameless Henry II had nothing to do with it.

Even more remarkable was the transformation that Cromwell sought to work on Henry II’s son and eventual successor, King John. By the time of his death in 1216, and for centuries thereafter, John was regarded as the worst king ever to have sat on England’s throne, a reputation that was well deserved. John was treacherous, tyrannous, cowardly and cruel. He betrayed his elder brother, Richard the Lionheart, by trying to usurp the throne while Richard was on crusade. He extorted more money from his English subjects than any king since the Norman Conquest. He inherited a vast dominion on the Continent, including Normandy, Anjou and Aquitaine, but lost almost all of it and failed to win any of it back. He took prisoners and hostages, several of whom he starved to death. His nephew and rival, Arthur of Brittany, was murdered on the king’s own orders. In the end John’s subjects rose up in arms against him and demanded reform, forcing the king to commit to Magna Carta. When he rejected the charter a few weeks later the result was chaos and civil war. The English barons offered his crown to the son of the king of France, who invaded and occupied half of the country, including London. John died with his kingdom in flames and his reputation deservedly in tatters.

Cromwell was not deterred by any of this. As far as he was concerned, whatever John’s reported faults, the king had one outstanding recommendation: he had fallen out with the pope and had famously spent six years refusing to comply with papal authority. The cause of this quarrel was the decision in 1206 of Pope Innocent III to appoint a new archbishop of Canterbury without consulting John, ignoring completely the king’s traditional right to have a say in the matter. John reacted by sending the monks of Canterbury into exile and seizing their lands. From there the row had escalated rapidly. Innocent placed England under interdict, effectively calling the clergy out on strike: there were no Church services and no burials in consecrated ground; John retaliated by seizing the clergy’s estates. At length the pope personally excommunicated the king, but John stood firm. Only when he discovered that some of his subjects were plotting to topple him and a French invasion was imminent did the king buckle, humbling himself before a visiting papal ambassador in 1213 and surrendering his kingdom to Rome so that he could receive it back as a papal fief.

By the reign of Henry VIII, the details did not matter, only the headline: John was an English king who had stood up to the pope. That was the salient fact on which Protestant propagandists could build their case against Rome. Cromwell was not the first to seize upon it. In the later 1520s the English scholar William Tyndale (whose translation of the Bible is referred to repeatedly in Wolf Hall) explained that the interdict had been imposed on England during John’s reign after the king had tried, with perfect propriety, to punish a clerk who was guilty of coining false money. Another exiled English Protestant, Simon Fish, argued that the pope had targeted John after the king had attempted to crackdown on traitors who were trying to depose him. ‘This good and blessed king of great compassion’, as Fish describes him, had submitted to papal demands only because he feared foreign invasion, and ‘the shedding of the blood of his people’.

In the 1530s, as the struggle with Rome gathered pace, Cromwell picked up this ball and ran with it. The danger of recruiting John as a prototype champion of the Protestant cause, of course, was that the memory of him as a bad king was deeply embedded; the propaganda would backfire if people still thought of him as the villain. A number of scholars and authors in Cromwell’s circle set about correcting this misapprehension, variously describing John in their writings as ‘honourable’, ‘a good king’ and an ‘excellent prince’. The most notable effort was made by John Bale, a former monk turned Protestant playwright, who toured the country with a troupe of actors known as ‘my Lord Cromwell’s players’. Before 1536 Bale had penned a play called Kynge Johan and thereafter performed it around the country for the entertainment and edification of the elite. The first play to present an English king on stage, it was a historical travesty of the highest order, in which the righteous King John defends England against the machinations of the pope and the king of France. But as propaganda it clearly served its purpose. One man who hosted a performance in his house commented that, ‘as far as he perceived, King John was as noble a prince as ever was in England’. 1

This roseate view of King John was not to last. Cromwell fell from grace in 1540 (spoiler alert: he dies in the end) and soon afterwards Bale fled the country. John continued to be invoked by Protestants as an early defender of England against papal pretensions, but the fact was his reputation was too bad to cast him convincingly in the role of a hero. By the second half of the 16th century the medieval chronicles written soon after the king’s death were available in print and their negative comments were picked up by authors such as Holinshed and Shakespeare, whose play about John, while still sympathetic, is far removed from the hagiographical portrait provided by Bale and sponsored by Cromwell. In the 17th century the revival of interest in Magna Carta – a Good Thing – meant that John was returned to his traditional role as the villain.

This year, you can hardly have failed to notice, marks Magna Carta’s 800th anniversary. Come the summer, Thomas Cromwell will have ceded prominence to King John as the country’s most talked-about historical personality. Inevitably, with all the celebrations, conferences, exhibitions, programmes and articles, there will be debate about the king’s character. Because of the sympathetic treatment he received from some 20th-century historians, who were inclined to dismiss the claims of medieval chroniclers as biased or exaggerated, there will still be those who argue that John’s evil reputation is largely an invention and that he was really a capable ruler, cursed by ill fortune. In so doing, they will be parroting, unconsciously perhaps, the propaganda cooked up almost five centuries ago by the lord of Wolf Hall. Reputations rise and fall, but King John’s deserves to remain at the very bottom.

Marc Morris is the author of King John: Treachery, Tyranny and the Road to Magna Carta (Hutchinson, 2015). Follow him on Twitter @Longshanks1307 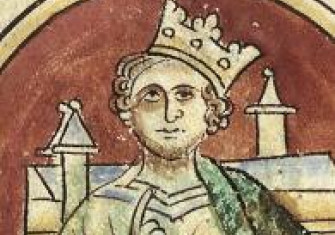 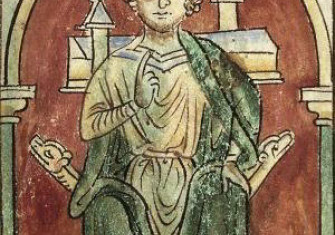