An enthralling study of the power of aerial women and their challenge to patriarchy. 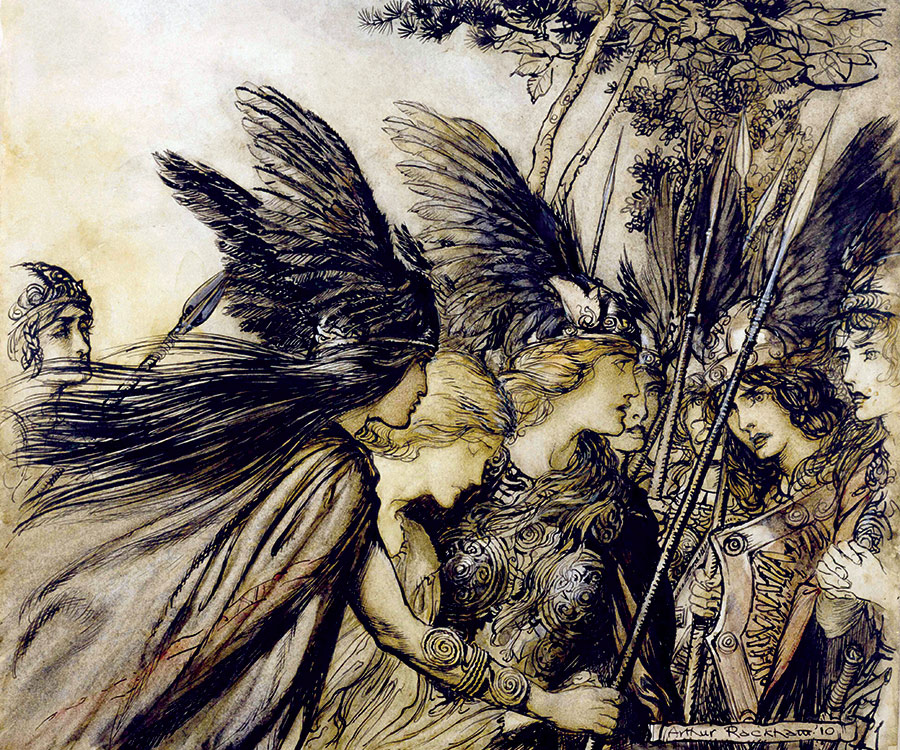 So sings the Shaman of Nisan as she pays a flying visit to the underworld to rescue the son of a dignitary. Alas, while down there she bumps into the ghost of her husband, incensed that she has not chosen to restore him to life. Despite explaining that he is too-long dead, promising to care for his mother and successfully resurrecting the dignitary’s son, once back among the living the shaman is found guilty of effectively re-killing her husband. She is punished by having her powers confiscated. Although quintessentially Chinese, drawing on both Manchu and Confucian tradition, the story of the Shaman of Nisan is also illustrative of many of the tales here. This is a woman who lives independently, flies from domesticity and has powers beyond the grasp of men, but ultimately is curtailed by patriarchy.

In Women Who Fly, Serinity Young argues that aerial women form a recurring trope across history and culture, from Greek goddesses and Hindu apsaras, to Norse Valkyries, Islamic Sufis and international swan-maidens. Dividing her study between supernatural and human women, Young even brings us up to date with American pop culture’s Wonder Woman and the real, pioneering female pilots of the 1930s and 40s.

A common theme Young highlights is that women fly to escape the various social and religious strictures placed on them. A neat example is the witch who ‘turns her broom into a source of power rather than domestic drudgery’, smartly inverting the patriarchal order. Flight, whether by broom, wing, shape-shifting or mental transcendence, is liberating.

Conversely, men seek to capture, co-opt, demonise or destroy the independent women who apparently threaten their hegemony. Male control is often exerted through sex, symbolising captivity and domestication. Even Wonder Woman has to resist the temptation posed by US army pilot Steve Trevor, if she is to keep her powers. Typically, men have cultural dominance on their side, giving them the power to sanction particular women and take control of the general narrative. In every chapter, over time the power and roles of aerial women are diminished, denied and trivialised, until they are reduced to no more than the helpmeets of male heroes, female monsters or mere ‘Angels of the House’. ‘Traditional forms of patriarchy cannot make room for a lone woman not identified by her relationship to a man’, Young concludes, having applied a sort of nuanced Bechdel Test to the myths, stories and biographies she considers.

Aware of the power of language, Young likes to use long words: ‘Virilocal’, ‘uxorilocal’ and ‘hypaethral’ were all new to me. Perhaps, like many of its subjects, this manuscript refused to obey traditional structures of control, but a better edit might have given us more fluid prose and clearer development of υ argument. Yet Young’s tone is engaging, even when, retelling wonderful stories, she dryly calls out the sexism. An errant swan-maiden tracked down by her husband ‘supposedly’ lives happily ever after, while women in paradise reward the faithful and courageous ‘presumably in statements addressed only to men’.

Heroes, Young concludes, are men who traditionally go beyond the call of duty. Heroines mainly perform traditional roles well. Women who fly leave tradition behind are counter-heroes, ‘wayward females and we are the better for knowing them’. Having effectively established the power of aerial females, Young laments that today ‘flighty’ women are still considered in negative terms. At one point she describes sky-going women ‘as part of a sisterhood or flock’. What should the collective noun be for women who fly? After reading this book, I think perhaps ‘a freedom’.

Clare Mulley’s latest book is The Women Who Flew for Hitler (Macmillan, 2017). 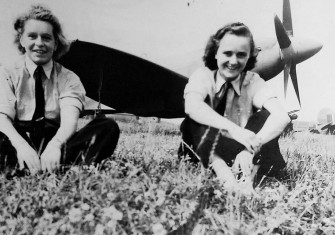