Vietnam: The War That Never Ended

A look at the Vietnam War from two contrasting perspectives. 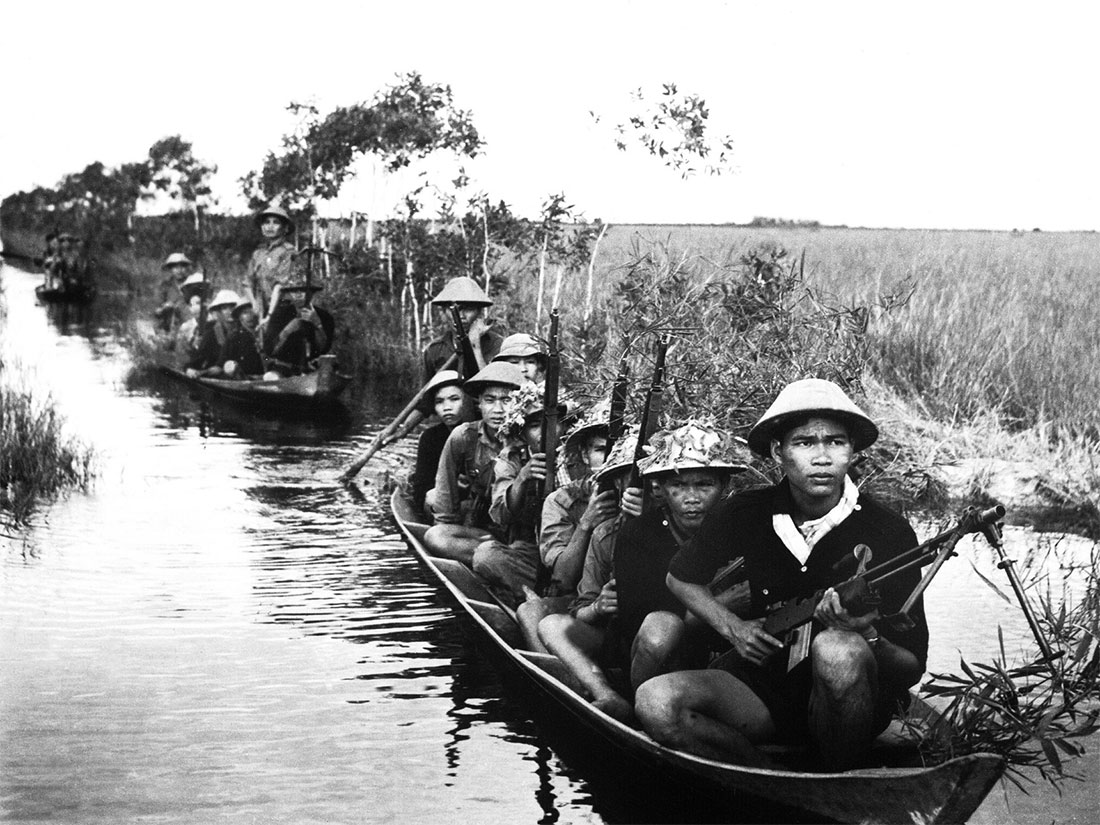 Two books examine the United States’ war in Vietnam from different perspectives. Michael G. Kort’s The Vietnam War Reexamined is US-centred in two ways: it concentrates on American political decisions and military actions and it engages with a postwar argument between rival ‘orthodox’ and ‘revisionist’ schools of thought among US historians.

The orthodox interpretation holds that it was a mistake for the US to become militarily involved in Vietnam and that the war was unwinnable. Kort argues the opposite. The military defence of independent, non-communist South Vietnam was a logical extension of America’s commitment to containing the spread of communism. Moreover, had America’s campaign not been so inept, ‘the war could have been won at a cost far less than was incurred in defeat’.

The US went wrong, Kort argues, in assuming that it could gradually escalate military pressure on its communist adversary in North Vietnam by steadily increasing the number of ground forces and infantry operations between 1965 and 1969 and by ratcheting up the bombing of North Vietnam by stages. This approach treated the use of arms as essentially a bargaining chip: the enemy, as rational actors, would eventually reach breaking point and would call off their attempt to unify Vietnam under a communist government. But the North Vietnamese did not follow the American concept of rationality; they were determined to achieve victory at all costs and saw their enemy’s incremental escalation as a sign of weakness and a lack of resolve.

Kort outlines some of the ways that the US should have fought, contemplating approaches such as fighting a more effective counterinsurgency campaign, cutting North Vietnamese supply lines, or invading North Vietnam. In particular, the US should have taken advantage of the enemy’s weakness after its all-out attack, the Tet Offensive of 1968, had failed; and it should not have abandoned its South Vietnamese ally in 1975, when the communists invaded. If this all sounds like refighting the Vietnam War, it is – but the real fight Kort is engaged in is one that has never ended: America’s ‘war at home’, waged between the war’s supporters and opponents.

Pierre Asselin’s book has different intellectual roots: the emergence in the West of scholars who have accessed Vietnamese documentary sources and Vietnamese-language publications to produce an account of the war from the Vietnamese perspective. It is an extraordinary piece of scholarship, with revelations in every chapter.

Asselin provides a fascinating account of the ways that biographical experiences shaped the mindset of North Vietnam’s communist leaders. Whereas Kort argues that Ho Chi Minh was always, at some level, a communist, irrespective of any Vietnamese nationalist aspirations he harboured, Asselin digs deeper into the complexities of his career, revealing moments when he fell out with the Soviet Union and even with his fellow Vietnamese communists.

Ho was sidelined by another Vietnamese communist, Le Duan, in 1964, reduced thereafter to something of a figurehead. Asselin shows how Le Duan devised the winning strategy and how he repeatedly bounced back from setbacks. Of particular interest is how the North Vietnamese managed their relationship with their two great-power supporters, the Soviet Union and the People’s Republic of China, skilfully playing them off against one another in order to maximise support from both.

Ultimately, for all that Kort wants to rake over the coals, the outcome of the war was never in doubt, irrespective of any mistakes in US tactics and strategy. As Asselin concludes, so long as Le Duan was North Vietnam’s leader, ‘no price was too great’ for the complete victory that was always his aim.

Patrick Hagopian is Senior Lecturer in History and American Studies at the University of Lancaster.