Why is the West is so suspicious of Russia? 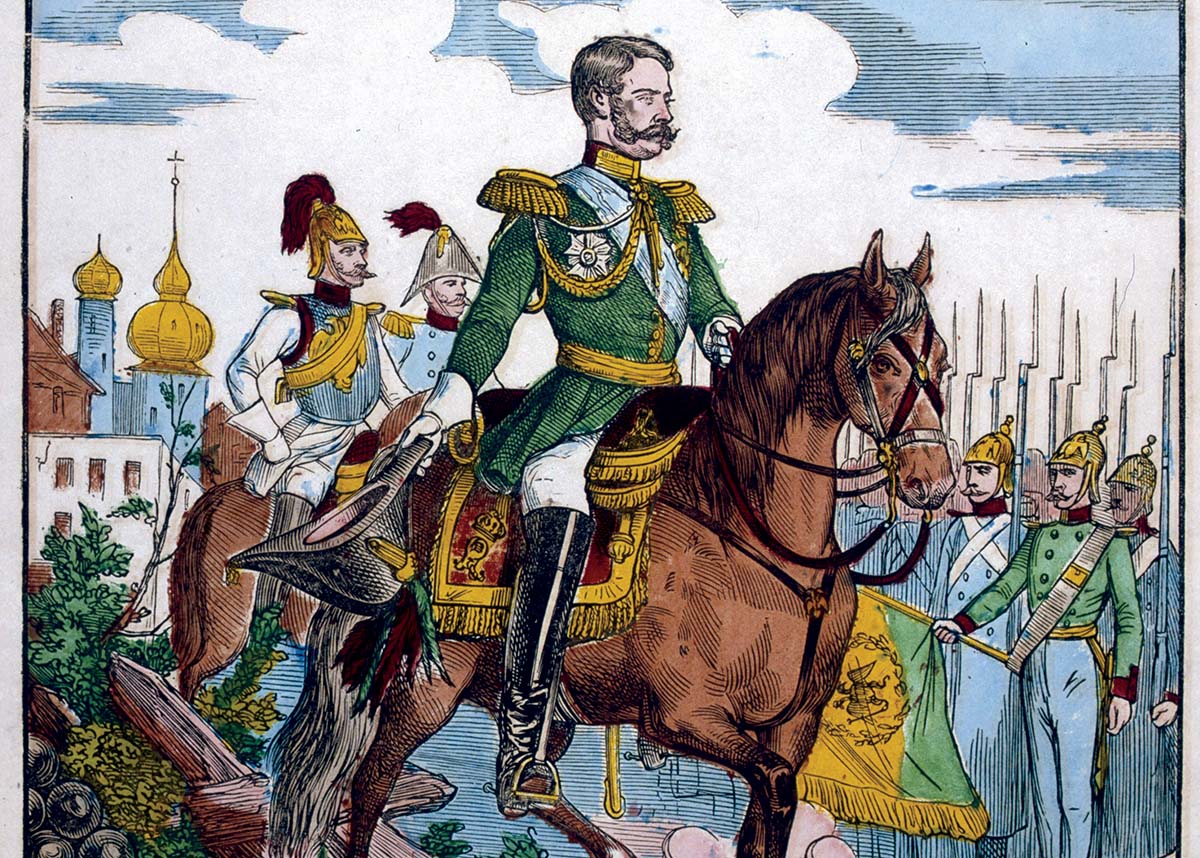 Mark Smith has written a fluent meditation on Russian history, a gallant attempt to reason with those who believe that Russia is condemned to an endless cycle of failed reform and resurgent authoritarianism because Russians have despotism and imperialism ‘in their genes’.

He offers two central propositions. The first is that the Western world (not Asia, Africa, or Latin America, where perceptions are quite different) has, for perhaps 500 years, been gripped by what he calls ‘The Russia Anxiety’ – a cycle of fear, disregard and contempt.

It is entirely understandable that Russia’s neighbours fear a country which has so often invaded and occupied them. It is harder to explain the near hysteria of a distant country such as Britain, which has only twice encountered Russia on the battlefield – and then as the invader, not the invaded.

Russians point out that their country, too, has often been brought close to collapse by invasion: by the Poles and Swedes in the 17th century, the French and Germans in 1812 and 1941, after the Revolution in 1917. Each time foreigners wrote an apparently prostrate Russia out of their calculations, as they did after the Soviet collapse in 1991. That casual dismissal was a mistake: each time the Russians demonstrated their determined ability to get back on their feet.

Even the earliest Western observers spoke of Russia with disdain. One English resident in Moscow called the Russians ‘a people rude, to vices vile inclined’, dirty, drunken, ignorant, disorderly and servile, their ruler – Ivan the Terrible at that time – unbound by any system of law. That tinge of contempt coloured many accounts of Russian life and politics thereafter.

Smith’s second proposition concerns the antihistorical idea that Russia is doomed endlessly to repeat its historical disasters: he calls it the Black Legend, ‘the myth of Russia’s special undeviating path to misery’. This is not a construct only of Russia’s ignorant enemies. Many Russians also believe that their country can survive and achieve greatness only as an autocracy; the more gloomy occasionally say they are condemned to be slaves. Smith does not attempt to explain away the murderous regimes of Ivan the Terrible, Peter the Great and Stalin, or the imperial expansion over many centuries. But he puts them in perspective and rejects the idea that the Russian people have always been inertly subject to the will of an authoritarian ruler. Russian society is more multi-layered than that. For centuries, enlightened Russians of every class – the ‘intelligentsia’ – tried to promote a more principled kind of politics. Prelates and priests of the Orthodox church – lampooned in the West as a servile instrument of the state – often died in opposition to the government. Russia’s contribution to European culture and science is irreplaceable. Catherine the Great – like her fellow Enlightenment monarchs in Berlin and Vienna – tried to reform the system while preserving the power of the autocracy. Alexander II freed the serfs and introduced promising changes in the systems of law and local government. By the first decade of the 20th century, Russia had the glimmerings of a constitution and a rapidly expanding economy.

These promising beginnings were repeatedly nipped in the bud by circumstance: the outbreak of revolutionary violence in France, the assassin’s bomb that killed Alexander, the inept rule of Nicholas II and the world war which gave Lenin the chance to impose on Russia the most ruthless regime in its history.

Those who adhere to the Black Legend argue that people make their own luck and that the Russians cannot escape responsibility for missed opportunities. They accuse those who argue, as Smith does, of ‘whataboutism’: the old joke that Russians counter criticism by asking ‘and what about the negroes in the southern states?’.

But one cannot make judgements about the ‘normality’ or otherwise of Russian history in a vacuum. Comparison is a legitimate analytical tool. Democracy is a comparatively modern phenomenon, even in Europe, and Russia is far from alone in having failed to secure it. Many besides Russia have suffered murderous repression and bloody civil war. ‘What we understand by modern Russian political violence’, says Smith, ‘is largely limited to the years between 1904 and 1953’, from the first Revolution to the death of Stalin. Then it ended. Whatever else it is, Putin’s Russia is not Stalin’s.

The Russian Empire was no more violent or rapacious than other European empires. It was less extensive than the British, on which the sun never set. And ‘the West’ has interfered in elections, overthrown governments, invaded countries and bombed civilians far more often than the Russians. The West is motivated by the best of reasons, it claims; Russians raise their eyebrows when they hear that.

Some will accuse Smith of apologising for Putin. But his propositions are plausible, a welcome antidote to the overwrought stuff about Russia so widespread in the West today. And he is right to argue that ‘the past does not own the future, and the next opportunity that comes along might be the one that turns into a lucky break’. When the Soviet Union collapsed, Russians hoped that they could now live in what they called a ‘normal’ country, a hope shared elsewhere. Russia has become open and prosperous as never before. But its domestic politics are unattractive and its economy is fragile. In reasserting itself it has once more given its neighbours cause for fear. It is again at odds with the West, with opportunities missed on both sides. Many Russians have retreated into a defiant nationalism. The possibility of ‘normality’ – as defined by the Russians – nevertheless remains. Countries may be conditioned by their geography and history. But they also respond to circumstance. Other countries have successfully tackled an unpromising legacy. Russia can do so, too.

The Russia Anxiety: And How History Can Resolve It
Mark B. Smith
Allen Lane
480pp £25