Looking back through the Iron Curtain

A discerning account by a self-deprecating but well-informed journalist of the dramatic changes in Russia over the past 40 years. 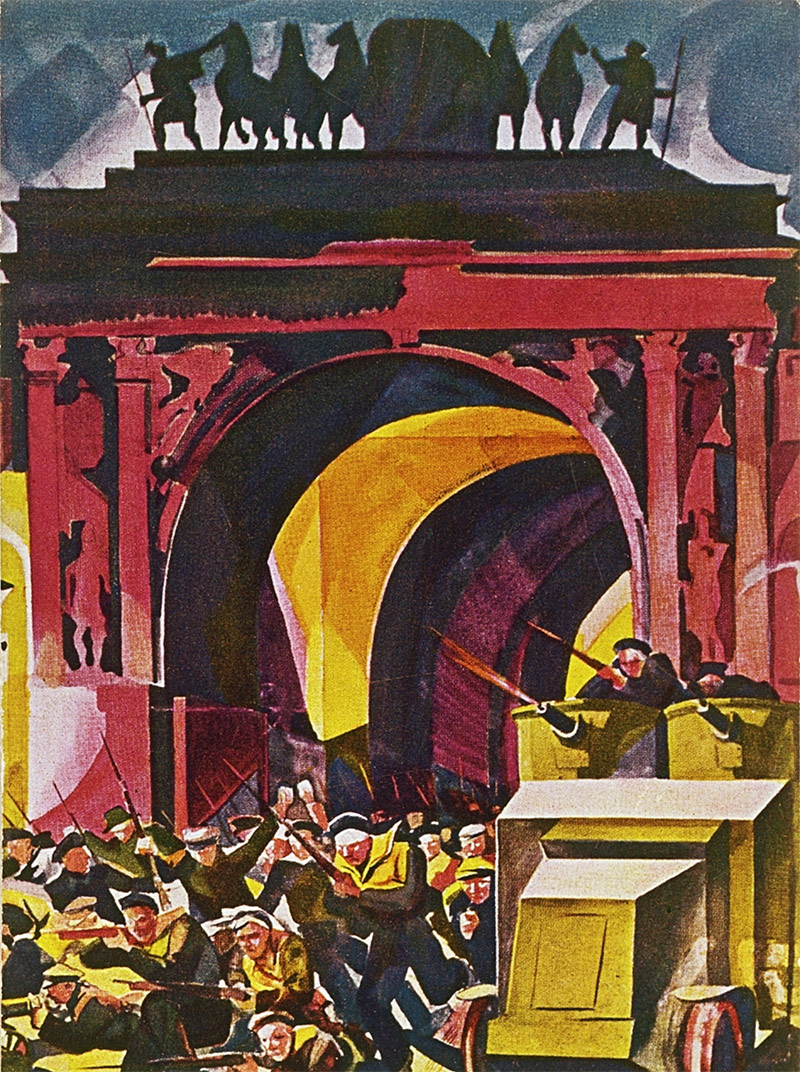 A self-critical author writing his memoirs sounds like a contradiction in terms. Angus Roxburgh, though, has produced a book that illuminates discerningly the dramatic changes that have occurred in Russia over the past 40 years, many of which he witnessed at first hand. His account is often amusing, sometimes grim (when he recalls his experience reporting wars in Chechnya and Afghanistan), but consistently perceptive. It is not only about Russia. He spent seven years as BBC Europe correspondent based in Brussels, but it is Russia with which he is most emotionally and intellectually engaged. He has lived in the country under different regimes (the Brezhnev era, perestroika, the 1990s under Yeltsin and the Putin presidency), as well as in various capacities – from student to publishing house translator, to the Sunday Times man in Moscow and, subsequently, BBC Russia correspondent.

In a later career twist, Roxburgh even worked for an American public relations firm, supplying PR advice to the Kremlin. Although that is a source of some embarrassment to him and of opprobrium from critics who assumed (wrongly) that he had thereby abandoned independence of mind and even integrity, it provides grist to the mill of this entertaining book. Roxburgh is scathing about the pretensions of the PR company, whose activities in Russia were described in the Financial Times as ‘influential’. Such was their influence, Roxburgh writes, that over the three years he worked for the firm, offering advice that was rarely taken: ‘Russia’s international reputation slumped from merely execrable to satanic’. However, it did make the company very profitable, which was ‘the whole point of PR’.

For Roxburgh, neither Brezhnev’s Soviet Union nor Putin’s Russia – and obviously not Gorbachev’s perestroika – is ‘satanic’. His is a nuanced account, which does not glide over Soviet-era economic irrationality, KGB machinations, corruption and the creeping authoritarianism of the post-Soviet state, but shows gratitude for the cultural richness, warmth of friendship, vitality of conversation and sheer diversity of opinion that he encountered, even during the final years of Leonid Brezhnev, when much of the outside world thought of the Soviet Union, a handful of dissidents apart, as a monolith.

In reality, the way Russians spoke around the kitchen table was a world away from the pages of Pravda, which constituted the subject of Roxburgh’s graduate research. Even today, when the Russian mass media are less diverse and less free than they were in the final years of the Soviet Union or in the 1990s (although material living standards are significantly higher now than then), the full spectrum of political opinion and historical judgment is accessible on the Internet and in the books produced by Russian publishing houses. You can find translations of Henry Kissinger, Margaret Thatcher and George Orwell, as well as the works of Alexander Solzhenitsyn and Varlam Shalamov, laying bare the worst crimes of the Soviet system.

If books on the Second World War occupy what seems a disproportionately large place in Moscow bookshops, the reasons are not hard to find. While the Bolshevik Revolution, in its centenary year, divides Russian society, the suffering and ultimate triumph in the ‘Great Patriotic War’ unites Russia (even more than it did the Soviet Union, for in the Baltic states there were many who regarded Communists as no better, and possibly worse, than the Nazis). Discussing the horrors of the Nazi invasion and the casualties of the Second World War, Roxburgh notes that: ‘Britain had 67,000 civilian deaths, mainland USA none, the Soviet Union 16 million. For military deaths the figures are 380,000, 400,000 and around 10,000,000 respectively.’ That, he suggests, is ‘why the Americans and the British do not “get” Russia’s concerns today’ and why most Russians are not as intensely relaxed as they are told they should be about NATO expansion into parts of the former Soviet Union.

Archie Brown is Emeritus Professor of Politics at the University of Oxford.