Christian thinkers whose lives and thoughts connected in 1943, when it looked like the Allies were on top and minds turned to the future. 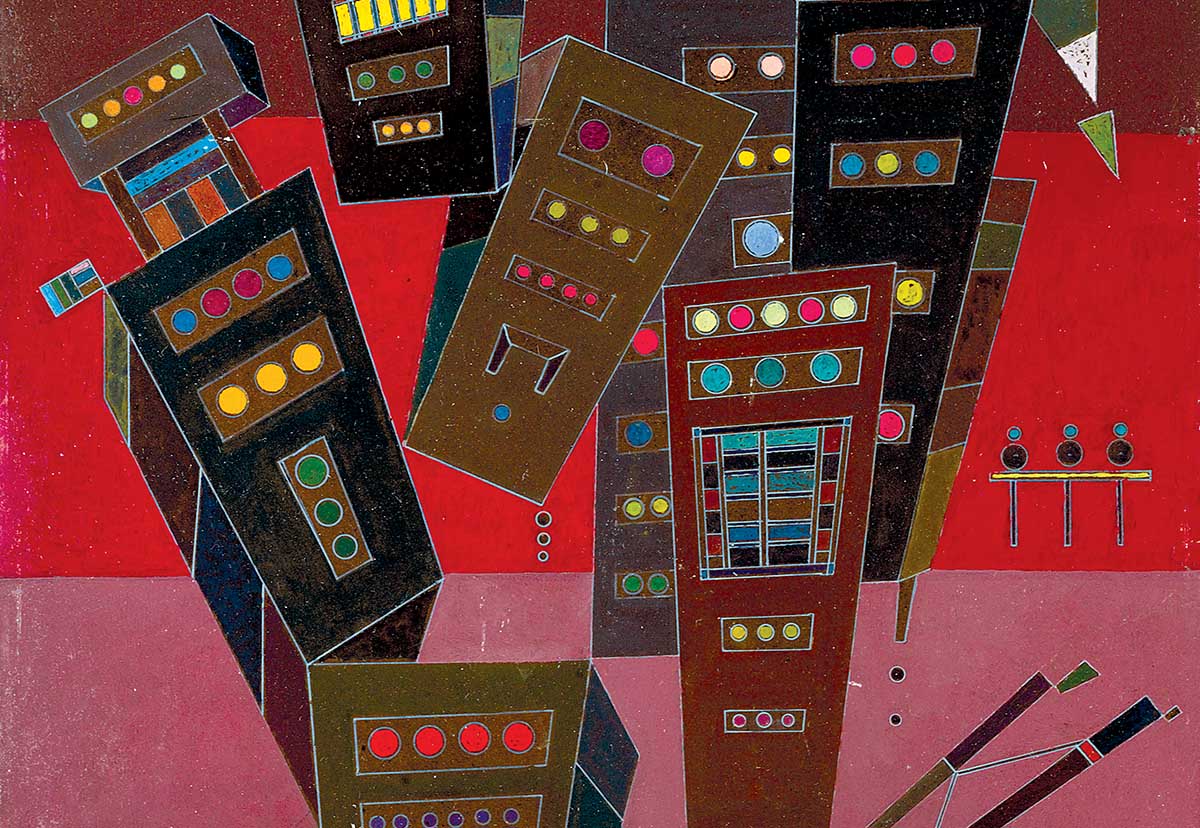 Reading Alan Jacobs’ super little book is like prizing open the back of a watch to study the mechanism within: tiny cogs working in clever order, designed by a master craftsman. The cogs are several Christian thinkers whose lives and thoughts connected in 1943, a year when it looked like the Allies were on top and minds turned to the future. Defeating fascism was a moral necessity, of course, but what was to stop the democracies from descending into it themselves? The answer was education, which W.H. Auden defined, in Jacobs’ words, as ‘a vocation-based education sustained by a democratic polity, and a democratic polity sustained by Christian faith’.

Auden lends the best quotation in The Year of Our Lord: ‘In 1912, it was a real vision to discover that God loves a Pernod and a good fuck, but in 1942 every maiden aunt knows this and it’s time to discover something else He loves.’ In other words, the West’s response to the First World War was partly to blame for the Second. Materialism, decadence and laziness all tolerated, even enabled, the Nazis. Philosopher Mortimer Adler warned that democracy ‘has much more to fear from the mentality of its teachers than the nihilism of Hitler’.

An answer to this spiritual crisis, suggested C.S. Lewis, might lie in the past, on the grounds that, if a clock is wrong, it can help to turn it back. Step forward Jacques Maritain and Simone Weil, who argued in a roundabout way that if the apotheosis of man was the medieval era – when person, society and Europe were supposedly united in love of God – then the Renaissance and the Reformation, with their emphasis upon the individual, were the beginning of our Götterdämmerung. As the ideal of universal, objective truth waned, so did human kindness. Jacobs’ subjects concluded in 1943 that a truly better world could only be obtained if the West rededicated itself to God, and if it did not then it was likely to return very fast to nationalism and conflict.

This huge, expertly managed cast of characters could make for a bizarre bunch. Weil, for instance, fell in love with the Catholic Church but excluded herself from membership of it with some utterly daft logic. The devil tempted Jesus with dominion over ‘all the kingdoms of the world’, she said, and so must have power over all social structures; the Church is necessarily a social structure, so it belongs to the devil. Weil convinced herself that her best service to the Church was to stay outside of it, reminding it of what it ought to be, which is the kind of excuse a child might dream up to avoid going to Mass. And she shared, with many in this book, an idealisation of the medieval that betrays how modern they were: there was a tendency to read history from the hindsight of 1789 or 1917.

They were already out of time. The mystical, pacifistic, non-nationalist Christianity they dreamed of was dying or dead or in retreat. The great challenge, which they acknowledged, wasn’t just amoral technocracy but technology itself. Tomorrow belonged not to the Vatican but to IBM and the sci-fi writer Arthur C. Clarke, who, along with rocket engineer Val Cleaver,  met Lewis and J.R.R. Tolkien in a pub in Oxford around 1960. Oh, to have been a fly on that wall. Their perspectives, according to one account, were as far apart as ‘a sausage and a rose … Clarke and Cleaver could not see any darkness in technology, while Lewis and Tolkien could not see the ways in which a new tool genuinely transforms the possibilities of human awareness’. So what could they do? ‘They all got pissed.’

The Year of Our Lord 1943: Christian Humanism in an Age of Crisis
Alan Jacobs
Oxford
280pp £20