The Devil by the Deep Blue Sea

The allure of the sun-burnished boulevards of Marseille remains intact. 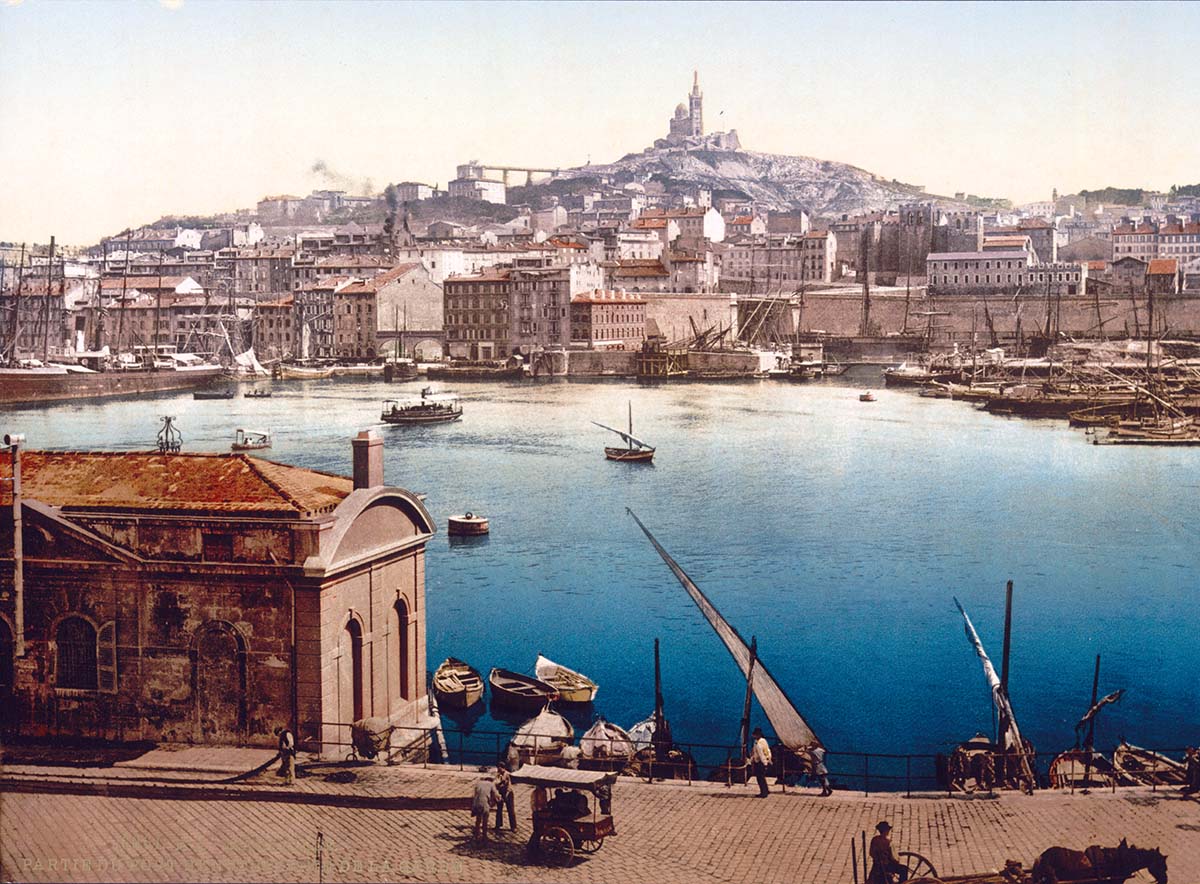 Do all cities have individual characters? Or do only the greatest ones grow a personality? Accost a few pedestrians on the Canebière, the now-shabby thoroughfare that runs up from Marseille’s Vieux Port, and the mean temperature of chat is bluff, hearty, a little cynical. And les Marseillais like chatting. I was apprehensive about reporting at Félix Pyat, the first cité (housing estate) of the feared northern districts, but within half an hour of entering a local bar, I was slotted in at the front, with free rein to dip into the regulars’ pizza.

But fear – as the title of Nicholas Hewitt’s compact and carefully filleted study acknowledges – has become the dominant note in perceptions of this rambunctious Mediterranean port. The quartiers nords wideboy strutting along the Corniche in Armani EA7 tracksuit has replaced the nervi, the 19th-century hoodlums reputedly lying in wait for wayfarers on the Vieux Port. This new incarnation is just the latest mascot for the city’s recalcitrant heart. During the First Republic and afterwards, this meant Marseille turning away from the French Republican embrace, despite supplying the national anthem, favouring the city’s southern identity.

Hewitt begins in the aftermath of revolution, with the arrival of a giraffe at the port in 1826 from Alexandria, instead of going back to Marseille’s BC origins as ‘the Phocean city’. Rather than a straight history, his personality test reads the city, its tendencies and mood swings, through the representations it has inspired – from Dumas’ The Count of Monte Cristo to the writings of poet Victor Gélu to Jean-Claude Izzo’s Total Chaos neo-noir trilogy.

Before Edmond Dantès is imprisoned in the Chateau d’If in the Dumas blockbuster, there’s a tang of orientalism in ‘Le Pharaon’, the name of the boat on which he arrives in Marseille. It’s a nod to the city’s Mediterranean-facing stance and links with the east, later strengthened by the trade that came through the Suez Canal. Algiers, another ‘white city’, in French hands by 1830, waved at it over the sea, part of ‘a Mediterranean system’ of conquest and trade envisaged by the Freemason-like Saint-Simonians, who built Marseille’s new docks at La Joliette.

But this bridgehead to empire was itself further opened up in the process, the influx of foreigners giving a tolerant, rough’n’ready ambience that also made it ‘the good city’. It was Marcel Pagnol’s Marius trilogy that gave fullest expression to this folksy side of the Marseille of the imagination; as Hewitt writes, ‘a city whose inhabitants, in spite of an irritating tendency to lapse into galéjade (tall tales) and verbal violence, are essentially good-hearted, fundamentally decent and rightly responsible for its reputation as a welcoming city’.

Hewitt sagely navigates the ebb and flow of these contradictory currents: in the 1930s, Pagnol was busy bankrolling his Marseille film studio to put Marius on the big screen at the same time as politically connected Corsican gangsters were setting up the ‘French connection’ heroin route to New York. Good or wicked, the city percolated into the French national imagination, but never quite produced a school of thought or artistic practice. The Fauvists dallied in the vicinity but it did not become a wellspring of avant-garde art. The 19th-century Athenée Ouvrier, an Occitan-favouring forum for poets and artists, bore no political fruit. Cahiers du Sud, the review founded in 1925 by Jean Ballard, came closest to embodying a Mediterranean-focused ideology.

Nicholas Hewitt died shortly after completing Wicked City. I wonder if his chosen method of sampling Marseille through these ‘snapshots’ was a result of his illness. With a place best experienced as well as read about, the approach has its limits. The map, after all, is not the territory. The city continues to evolve: notably, in the tensions introduced by the half-baked gentrification of the last decade that the city seems to be doing its best to scupper. But the allure of its sun-burnished boulevards is intact. Hewitt labels Marseille as having a powerful hold on the French imagination, a gateway to the exotic constantly calling; it feels significant he responded for his final project. If his book is just a map, it is a sharply etched one.

Phil Hoad is a freelance journalist based in Montpellier.