Revelations about the US nuclear codes during the Cold War from the man who helped draft the policy. 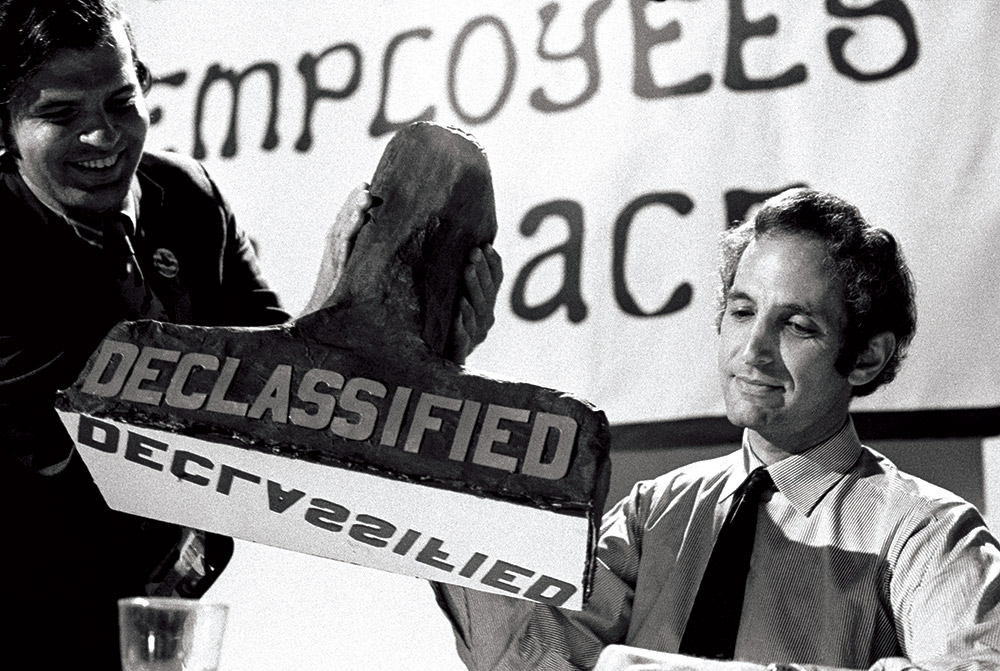 Daniel Ellsberg is well known as the whistle blower who revealed the Pentagon Papers in 1971. Less well known is that, at the time he copied the secret documents about Vietnam, he also copied a mass of material about US nuclear policy that he similarly intended to leak, but which was eventually lost.

The Doomsday Machine goes back over his time as a nuclear war consultant at the RAND Corporation, the think tank that advised the US Air Force, and his later work for the Department of Defense and the White House. The revelations are truly shocking.

Official US policy has always been that only the President is able to authorise the use of nuclear weapons. In the late 1950s, Ellsberg discovered this to be a complete sham. President Eisenhower had delegated authority to senior regional commanders on the basis that, if Washington had been destroyed in a first strike, others must have the ability to launch a retaliatory nuclear assault. But Ellsberg found that this authority had been delegated right down the system to middle ranking officers who believed they had permission to employ nuclear weapons.

When Ellsberg visited a US airbase in South Korea the commander, a US Air Force major, told him that, if communications with his command HQ were down and he believed there had been an attack, he would unhesitatingly order the deployment of his 12 F-100 jets, each carrying a 1.1 megaton thermonuclear missile. Ellsberg was even more astonished to hear that communications were regularly ‘down’ for several hours every day.

He also found that Strategic Air Command (SAC) had permanently set the codes for their missile locks, intended to prevent the accidental launch of nuclear weapons without prior authority, at 000000. So anyone in the higher levels of SAC who knew this could authorise the launch of the vast American nuclear arsenal.

It seems that the military always thought they knew best. General Curtis Le May, the Second World War bomber commander in charge of SAC at that time, posed the question to Ellsberg of who, when it came to making the decision to go to nuclear war, knew best: ‘some politician who may have been in office for only a couple of months … or a man who has been preparing all his life to make it?’ Insubordination? Or just the basic logic of nuclear policy?

When the Kennedy administration took over in 1961, Ellsberg, aged just 30 at the time, drafted a nuclear war plan trying to confirm civilian control over such decisions. But neither Kennedy, nor his Secretary of Defense Robert McNamara, would confront the military to ensure that control of nuclear weaponry was entirely within their hands.

Ellsberg found US military chiefs willing to talk about enemy losses of 275 to 325 million, while accepting losses of 100 million and more in the western alliance. Along with this would come a nuclear winter destroying life on most of the rest of the planet. This he calls the greatest act of genocide in human history. No political objective, neither the defence of Berlin nor the removal of Soviet missiles from Cuba, could conceivably be worth this price.

The terrible logic that Ellsberg discovered and had wanted to reveal in the 1970s after the Pentagon Papers, was that any accident, miscalculation, aggressive or mistaken act by one of the thousands who had the ability to launch nuclear weapons, would have provoked an instant reprisal from the Soviet side, with the destruction of all human life - hence the Doomsday Machine.

Ellsberg’s revelations are a scary reminder of how close the world came to nuclear Armageddon. Equally, what a miracle it was that we all survived. It is an important if terrifying insight into US nuclear policy that everyone interested in Cold War strategies should read.