Beyond Balfour and Sykes-Picot

Steering clear of Orientalist fantasy and patriotic British myth, this innovative analysis brings clarity to the complexities of the Middle East in the early 20th century. 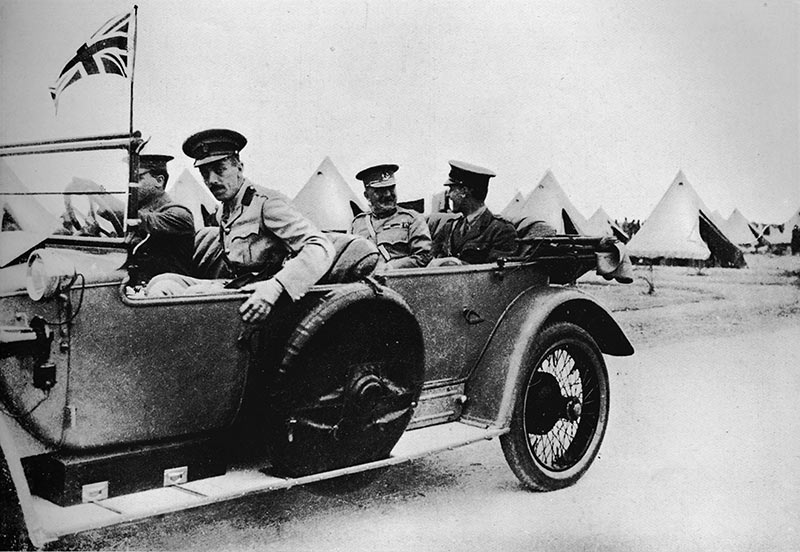 Winston Churchill mused on the usefulness of studying history, observing that ‘the farther backward you can look, the farther forward you are likely to see’. While there is no doubt that a better understanding of the past gives clarity to the present, Churchill’s nugget of wisdom seems especially relevant for those studying British wartime exploits in the Middle East. Imperial competition shaped the region in the 20th century and beyond and powerful states are still competing for resources and allegiances from the Gulf to the Levant. Under the weight of this legacy, Robert H. Lieshout revives the era of British moulding and meddling in the Arab world during the Great War.

The relevance of the subject matter is abundantly clear. Less apparent, however, is the importance of this particular book. Emblazoned with the figure of T.E. Lawrence, the cover prompts scepticism: what distinguishes this book from a hundred others on the same topic? The answer is that Britain and the Arab Middle East has little to do with Lawrence of Arabia.

Instead of an Orientalist fantasy of romance and adventure, or a retreading of British patriotic myths, or even a repeat of postcolonial criticisms, Lieshout has produced an innovative and astute analysis of British policy-making in the region between 1914 and 1919.

Scholarship on this period generally revolves around Britain’s three infamous wartime promises: British officials pledged a form of Arab independence to Sharif Hussein of Mecca in 1915 in exchange for his uprising against Ottoman forces. This preceded a second undertaking with France – the Sykes-Picot Agreement of 1916 – specifying how influence in the Middle East might be divided between them. Finally, in 1917, the Balfour Declaration promised British support for the creation of a Jewish national home in Palestine, an act often considered crucial to the creation of Israel in 1948. While there is a longstanding debate about the levels of British understanding and treachery displayed in these activities, the wartime agreements remain sensitive topics, because they are often used as arguments to justify or invalidate Israel’s existence. In contrast, Lieshout treads much fresher ground.

Britain and the Arab Middle East focuses on the bureaucratic tussle within Whitehall that shaped these controversial wartime policies. Through extensive archival research and dashes of irreverent humour, the book is authoritative and engaging, while walking the fine line between history and political science. The writing is superb; the research has been undertaken with great care; and the treatment of historical figures is fair.

Covering the indecision and disagreements between government departments and key figures, Lieshout provides a snapshot of the real chaos that ruled behind closed doors. For example, he highlights how British officials repeatedly changed their minds over the merits of supporting Arab independence. Their opinions were, understandably, shaped by the environment and demands of their workplace, the culture and duties of their institutions and the need to keep or advance their careers.

We know that the Sykes-Picot Agreement was developed in part to facilitate the Arab Revolt against the Ottoman Empire, but Lieshout reveals how Anglo-French collusion continued despite clear indications that the Arab Revolt was defunct – diplomats became preoccupied with being diplomats. Likewise, it does not appear that military goals were even the main priority for British military strategy in Arabia. Officials were unaware of their own ignorance on Arab matters and found it easier to jostle for position among themselves than to grapple with the Middle East mess. Such a situation is hardly optimal for fighting world wars.

While the broad strokes of these arguments are not necessarily new, the triumph of this book is in the detail. Lieshout provides an unprecedented unpacking of the inter-office rivalry and jumble of complex issues competing for attention that British officials juggled while inadvertently shaping the future of the world.

Carly Beckerman is Assistant Professor in the International Relations of the Middle East at Durham University.