Though destined to become the standard work on Frederick I for decades to come, a new study of the German prince fails to illuminate what motivated his Italian campaigns. 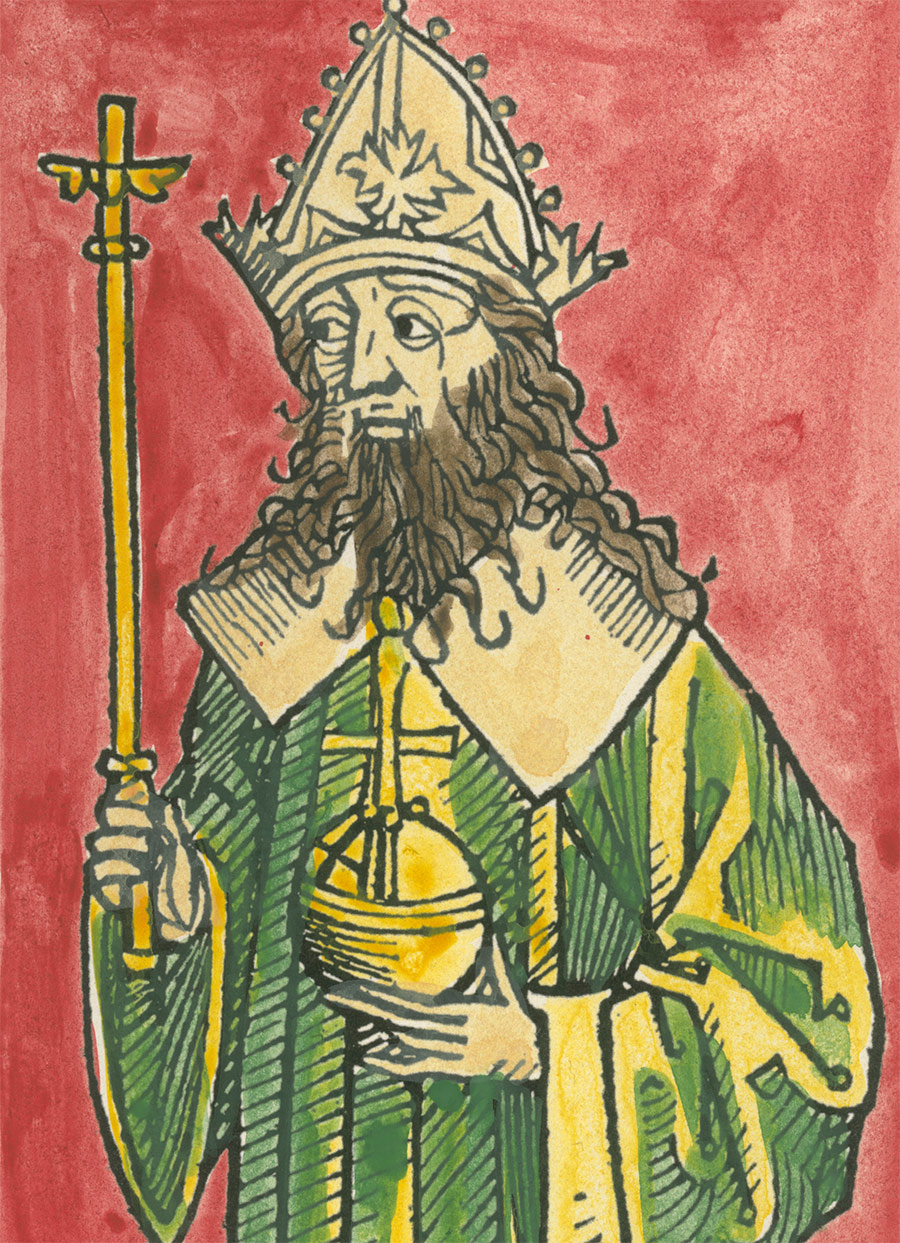 The long reign of Frederick Barbarossa, who ruled Germany from 1152 to 1190 and for most of this time was also Holy Roman Emperor, has not been well served by historians. The German historian Heinrich Simonsfeld published a book of nearly 800 pages in 1908, intended as the first part of a definitive trilogy devoted to the emperor’s life. He managed to reach the year 1158, but died five years later without publishing any more. Simonsfeld’s book formed part of an intensely serious series of studies of medieval emperors, known as the Jahrbücher, or ‘Yearbooks’, which, true to their title, chronicled just about every identifiable event in the lives of their subjects and were firmly rooted in the primary sources. Published in Gothic script and with long, laboured sentences, the books were indigestible.

The reign of Frederick, whom the Italians later called Barbarossa, ‘Redbeard’, even though he was probably dark blond, had become one of the focal points in a bitter 19th-century debate about whether the Holy Roman Emperors had served Germany well by intervening constantly in Italy. None, apart from Barbarossa’s grandson, Frederick II, who was also king of Sicily, appeared there as often as the first Frederick. The debate was bound up with political arguments concerning the direction Germany should be taking in the era of Bismarck and the foundation of a second Reich. Barbarossa’s repeated attempts to impose his will on the north Italian cities and his confrontation with the Lombard League, which brought together old enemies such as Milan and Cremona, show how keen the emperor was to extract substantial revenues from the cities of the Lombard plain. Moreover, Frederick was sucked into a bitter and lengthy papal schism and found himself supporting a dubious claimant to the papal throne against Alexander III, the refugee pope recognised by much of Europe.

The war in Lombardy, as Freed shows, was fought with unmitigated violence. The descriptions of the massacre and mutilation of victims are stomach-turning. If anything, Barbarossa’s intervention strengthened the sense among the leading Lombard citizens that their communities were autonomous republics.

Barbarossa’s ambitions extended much further, too.  He clearly believed that the Holy Roman Empire (the term sacratissimum imperium, ‘most holy empire’, does appear in the documents) included Italy in its entirety, so he laid plans for the conquest of the Norman kingdom of Sicily, which dominated all of southern Italy. Aware that another great ruler, Manuel Komnenos, the Byzantine emperor, also claimed to be the true Roman emperor with the right to rule southern Italy, he constantly belittled Manuel’s claim to authority, describing him as mere ‘king of the Greeks’. The Greek imperial title ‘Basileus’ simply meant ‘king’ in classical Greek.

Manuel responded in kind. The Byzantines even established a protectorate at Ancona on the Adriatic coast of Italy. Barbarossa failed to capture the city in 1173 and his humiliation was celebrated by Italian men of letters.

Barbarossa’s involvement in Italy is also important because, in the early stages, he made use of civil lawyers trained in the law schools of the emerging University of Bologna. These scholars advised him about the nature of imperial rights, grounding them in the legal texts of the sixth-century emperor Justinian. To Frederick, the advice he received seemed to confirm that the ‘regalian rights’, taxes and rights of appointment to office, which he sought in Italy, were the traditional rights of Roman emperors since the days of Augustus. He was not trying to innovate, but (as he saw it) to restore. All the talk about the rights and nature of his empire was not, then, simply name-calling directed at Byzantium and the king of Sicily, but rooted in the Roman law codes, whose influence was felt across western Europe.

Freed has not grappled as closely with these issues as one might expect. He is a master of German history and his account of the relationship between Frederick and the great German princes is an
eye-opener: he emphasises that Frederick was not expected to succeed to the throne and therefore had not even been taught to read. Contrary to what most historians have blithely assumed, another Frederick was Duke of Swabia, the great resource of Frederick’s family, which limited Barbarossa’s power and income and pushed him to look for other sources of funds, notably Lombardy.

Freed’s account of the Italian campaigns, however, is inadequate. Astonishingly,  he has not cited any of the voluminous literature in Italian, much of it by leading Italian historians. He also ignores excellent Italian editions of chronicles in favour of outdated German ones.

Worst of all, there is little attempt to explain the background to complex events. Frederick’s arguments with the papacy need to be seen in the context of earlier, no less bitter, rows between popes and German kings. One cannot understand the Third Crusade, during which Barbarossa drowned in unclear circumstances, without mentioning the role of the English king, Richard I, and the French king, Philip Augustus. The lay reader may struggle to understand what the German duchies were. Culture at court, such an important aspect of princely life in this period, is ignored. Above all, too little space is devoted to the emperor’s motives. The reader may feel weighed down by an enormous mass of detail, in the best (or worst) tradition of the Jahrbücher mentioned earlier.

This is a pity, both because Yale has a superb reputation for publishing serious but accessible history and because Freed has done so much to illuminate the ins and outs of German politics in the late 12th century, ensuring that his book will be a constant point of reference for scholars. However, caveat emptor: this life of Frederick Barbarossa is a very challenging read.

David Abulafia is Professor of Mediterranean History at the University of Cambridge.