Since its surprising discovery on the Aegean seabed over a century ago, the Antikythera mechanism has intrigued astrologers, classicists and historians of science. 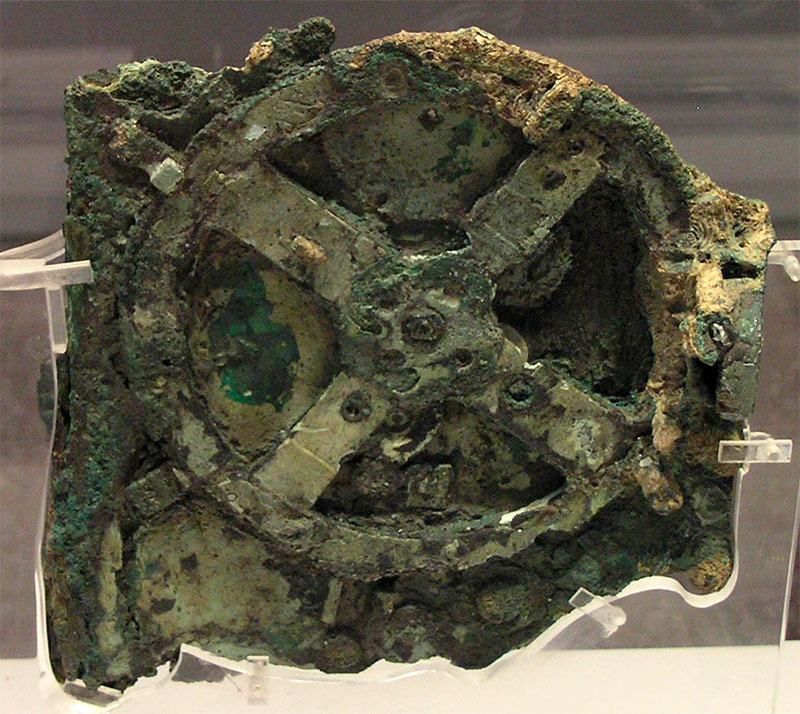 Everyone has heard of the Rosetta Stone. Not so familiar, but equally compelling, is a purely Greek artefact of the same period found in a first-century BC shipwreck chanced upon by sponge divers off the coast of Antikythera, an island between Crete and the Peloponnese. It triggered the first underwater archaeological excavation in 1901.

The Antikythera Mechanism comprises more than 30 precisely cut bronze gear wheels, dials and pointers held in a wooden box the size of a phone book, with a damaged inscription indicating that they formed a model of the ‘cosmos’ (the Greek word appears in the inscription). Its gear wheels remain unique among ancient discoveries, a fact that has generated much speculation among historians of ancient science as to the Mechanism’s purpose and designer.

Was it the world’s first astronomical computer? Might it be another of the several fabulous inventions attributed to Archimedes? In 1975, science fiction writer Arthur C. Clarke even claimed that it demonstrated that: ‘If the insight of the Greeks had matched their ingenuity … we would not merely be puttering around on the Moon, we would have reached the nearer stars.’

In 1959, a key participant in the Mechanism’s investigation, Derek de Solla Price, stated that: ‘From all we know of science and technology in the Hellenistic Age we should have felt that such a device could not exist.’ In 1974, he argued this in a classic monograph, Gears from the Greeks. But Price’s view has been eclipsed by more recent investigations, writes Alexander Jones in A Portable Cosmos: ‘The Mechanism does indeed represent a level of technology exceeding anything else of the kind for which we have either physical remains or detailed descriptions from antiquity, but the devices it employed were a plausible extension of simpler inventions that we do know about.’ Price’s book should be renamed ‘Gears for the Greeks’, he concludes.

Jones makes a convincing case, by drawing upon his expert knowledge of Greek and Babylonian astronomy, Greek and Roman history and Greek philosophy and technology. Yet he struggles to come up with definitive solutions. The date of construction of the Mechanism is uncertain, though likely similar to the wreck’s date. It was neither an instrument of navigation nor an eclipse predictor, nor a computer nor an astrological calculator, as others have argued, but probably a sophisticated instructional aid for ‘the diffusion of the basics of astronomy among students of philosophy and the educated elite’. As for its designer, Jones favours not Archimedes (who died in 212 BC) but rather ‘a true collaboration between someone possessing a degree of astronomical knowledge and someone with outstanding mechanical skill and creativity’. Together they improved upon earlier prototypes hinted at in Greek records that have not survived two millennia.

Andrew Robinson is the author of The Man Who Deciphered Linear B (2002) and The Story of Measurement (2007). Both by Thames & Hudson.