A Question of Interpretation

The public expects historians to deliver authoritative accounts of the past, yet different conclusions can be drawn from the same sources. 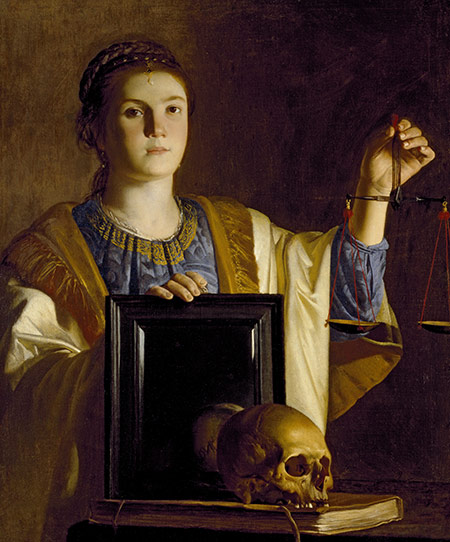 I recently read an amateur review of a history book with which I am familiar, which stated: ‘It is just an interpretation.’ The phrase has stayed with me, my mind lingering on the injustice of the ‘just’. What could the writer possibly mean by this attempted insult? By ‘interpretation’ did he or she really mean ‘speculation’? For an interpretation is based on evidence. What do the public think history – as a discipline, as a subject – is? Is anyone under any illusions that what historians write is ever anything but an interpretation?

In the term before Christmas I was teaching first-year undergraduates. At the end of each term those who have been lecturing and tutoring get together with each student to talk about how it has gone. They are bright students who made great progress, but a repeating theme that emerged from this general round-up was the need for them to develop their own voices in the midst of the historical argument: to imagine, with each essay, that they take their seat at the dinner table of historians who have written in that field and then join in the debate. This is no new counsel. I remember a comment written on one of my undergraduate history essays at Oxford by my then-tutor, Susan Brigden, with her characteristic elegance of phrase: ‘Don’t bow with such becoming submission to the secondary authorities.’

History is debate, history is discussion, history is a conversation. Hugh Trevor-Roper wrote in 1957, ‘history that is not controversial is dead history’. While some of this controversy comes from the pronouncements of historians as public intellectuals addressing the present day, much of it comes from them arguing with each other. The collective noun for historians is – honestly – an ‘argumentation’.

This is not in contradiction to saying that historians aim at truth. What sort of truth we might achieve is debatable. Justin Champion, in writing about what historians are for, states that ‘historical claims to truth are aesthetic and ethical, rather than empirical and objective’. Peter Novick argued that historians make up stories and ‘make no greater (but also no lesser) truth claims than poets or painters’. I think this is to go too far. The past did exist, the events of history did happen. Our job as historians is to get at them as best as possible, on the basis of the evidence we have, in a way that is epistemic: that fits with the facts we can establish. It is this forensic, interrogatory process that is the joy of being an historian.

Yet the truth is, if you take a group of historians working on the same problem, writing at different times and in different places – even if they all use their evidence in a scrupulous, honest, critical and informed way – the conclusions they reach may differ. This is because we are all different people; our context, our formation, our insights are different and the histories we write are personal. If it were not so, there would be little point training up more students to be historians.

This is still a pursuit of truth. In each examination of a problem, even if new facts are not discovered, a new insight might be brought. The experience of the historian’s life might help her spot a previously missed connection, previous errors might be cleared up and some facts shown not to be facts. The historian might provide a context that gives a much needed, less partisan slant on an issue. There are reasons why one interpretation might be more plausible than another. But they are all still interpretations: the best informed, most thoroughly considered, factual of interpretations, but interpretations nonetheless. Even history that hides its workings (or to misuse Gibbon, its ‘nice and secret springs’) and presents itself as narrative – for historians are always storytellers – rests on interpretation.

Does this clash with a public expectation that historians will tell an unfettered, impartial and objective truth? Is an historian’s public credibility to make authoritative statements about what happened in the past undermined by the contingent nature of history?

I do not think so. The truth is what we must always seek. It is not possible to be both an historian and a liar. But what we arrive at is, ultimately, informed, epistemic, honest opinion: ‘just an interpretation’.