Restaurants went mainstream in the 19th century, but the boom in places to dine out brought unexpected perils – menu anxiety, excessive table talk and ‘strange ladies’ among them. 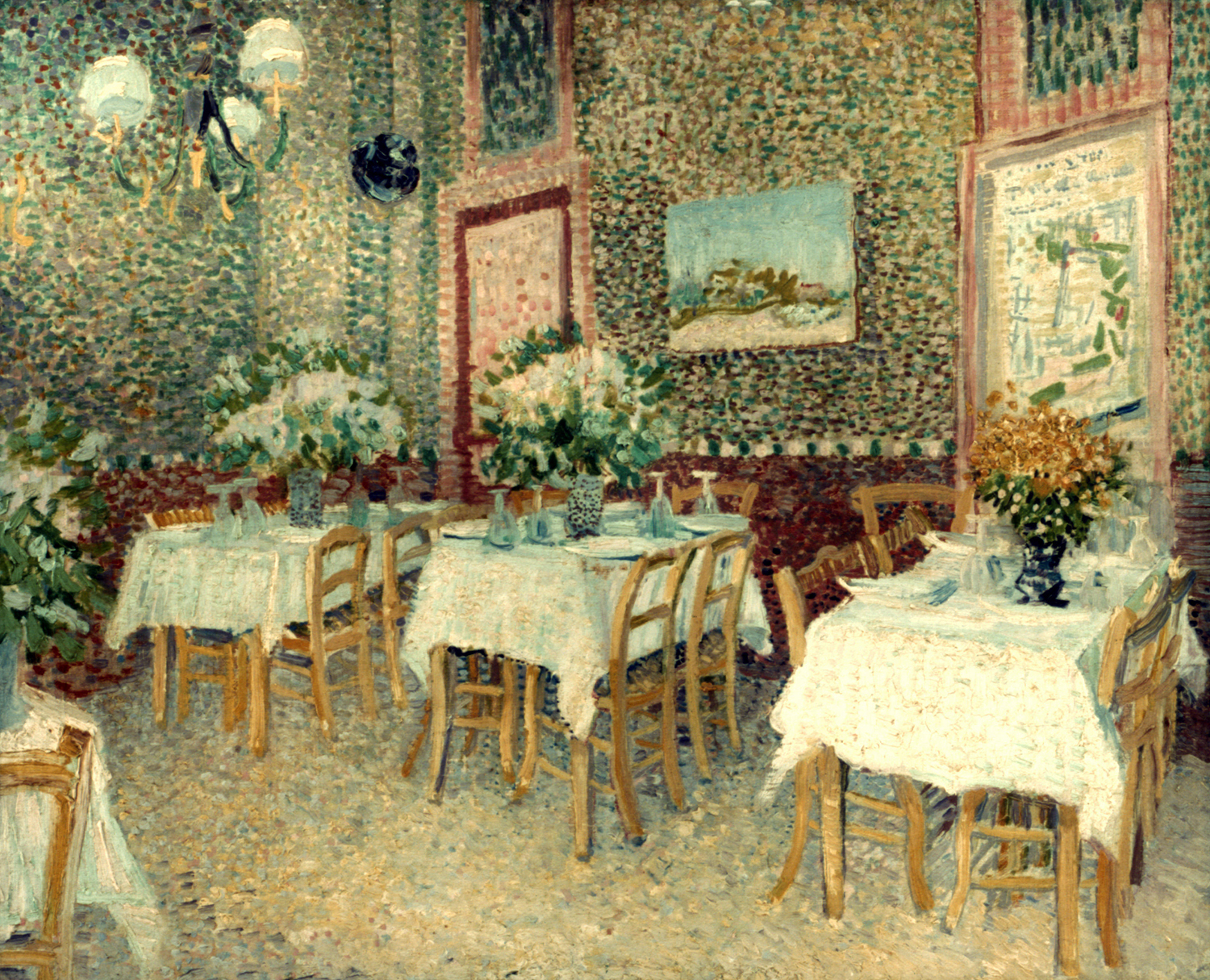 In late 19th-century Paris and London, there were many places to eat out and many reasons for doing so. But the fashion for restaurants was rooted in what the philosopher Jean-Paul Aron has called the ‘bourgeois ideal of gluttony.’ Middle class desire for conspicuous consumption was a way of staking out a reputation for wealth and savoir faire.

When he opened the Savoy in London, Richard D’Oyly Carte, the leading theatre impresario of his day, revealed his understanding of eating out as a kind of performance. Dinner was an opportunity to become part of the urban spectacle, while simultaneously acting as audience for strangers at neighbouring tables. D’Oyly Carte was not alone in understanding this. In Paris, in 1875, L’Illustration newspaper described a restaurant meal as taking place before ‘the gallery’, implying in no uncertain terms that diners needed to behave as if they were in front of an audience. The public nature of the meal –  subjected to the watching eyes of strangers – created anxiety for many about the suitability of restaurant dining for respectable women.

In 1889, Constant de Tour stated that in Paris ‘One eats … in an incommensurable number of restaurants.’ He was impressed, and wanted his readers to be, by the great diversity on offer:

There were a number of reasons why this explosion of choice had occurred, but on both sides of the Channel it was linked to the growth of the middle class and specifically, on its desire to be amused. While moralists may have wrung hands, restaurateurs, chefs and caterers saw opportunities to draw in new clienteles with the introduction of novelties. Women were an obvious market to target, since part of the ‘job’ of middle-class wives and mothers was to shop, consume and display leisure. Conflicting voices were heard, as people wrestled with the idea of eating in front of an audience and about who ought to feel at home in the increasing numbers of restaurants in both cities. 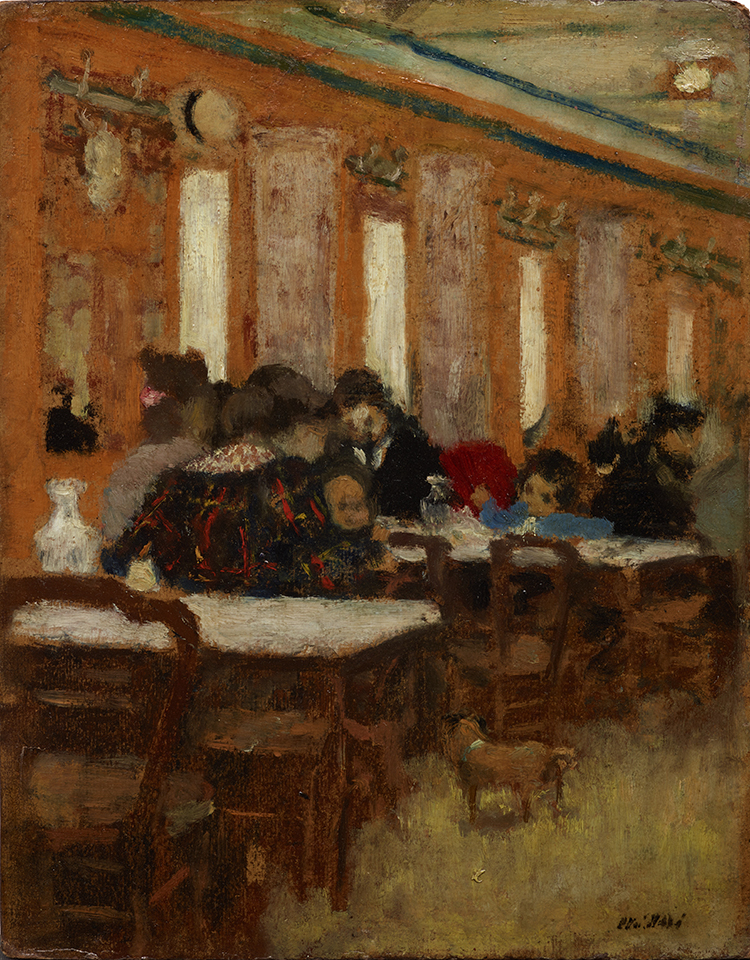 At the Savoy, D’Oyly Carte employed Auguste Escoffier and Cesar Ritz to make a success of his enterprise. Each had a reputation, in cuisine and hotels respectively. Escoffier was already on his way to becoming one of the celebrated chefs of his day and in his memoirs he described with pride the innovations he brought to the Savoy to make eating out accessible to the average Englishman.

Like others, he had observed that for many Londoners, navigating the menus of elegant restaurants, with lots of French words, was an intimidating challenge. The well-known restaurant critic for the Pall Mall Gazette, Lt-Col Newnham Davies wrote that it took ‘a certain consciousness of knowledge’ to avoid being bullied by waiters into ordering ‘very much the dinner that he would have eaten in his suburban home had he been dining there that night’. Escoffier confronted this difficulty:

[We] agreed to change this by creating a prix fixe menu that contained most of the items offered on the á la carte menu. There had to be a minimum of four people at the table ... and I took care of composing the menu myself.

Whoever was the ‘host’ of the dinner would come in to the restaurant during the course of the day and order the dishes for the evening’s meal with Escoffier’s help. Escoffier kept a note of each meal served in this way, so that no one who ordered it would ever face the embarrassment of being served the same meal twice.

Escoffier’s innovation put men at ease and saved them from the potential embarrassment implied by the oft-repeated joke of the period about the ‘ruralist’ who thought he needed to work his way through the menu from top to bottom:

After employing three waiters nearly half an hour in bringing dishes to him, he heaved a sigh, and whispered, as he put his finger on the bill of fare: ‘Mister, I’ve et to thar;’ and moving his finger to the bottom of the bill: ‘Ef it isn’t agin the rule, I’d like to skip from thar to thar’

A menu needed to be navigated by a man who could show the ‘gallery’ that he was well versed in the art of dining. What was less clear was how women were expected to cope with a menu, or indeed with the possible pitfalls –overeating, overspending, overtalking – which the ‘weaker sex’ were thought to be liable to fall into if they attempted to navigate the restaurant, its menus and the many temptations on offer.

There were two reasons for wondering about women’s suitability to eating out. The first was a question about women’s self-control in what were, in many ways, sensual – or at least very sensory – environments. Food, drink, dim lighting and luxurious settings all seemed to set the stage for bad behaviour. Many Parisian restaurants had cabinet particuliers, private side rooms where diners might indulge in amorous encounters over dinner. 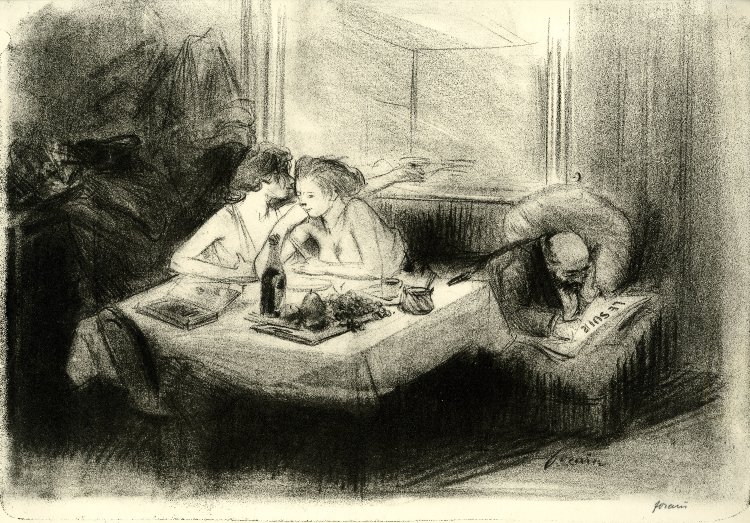 The second cause for alarm was to do with women’s ability to understand and appreciate the nuances of fine dining. When plans were revealed for opening a ladies’ café in Paris in the 1890s, one journalist exclaimed: ‘A lady’s café in Paris! … It would be forced to close within six months. People would talk too much to consume enough!’ A similar sentiment could be found in London. In spite of the Savoy’s reputation for innovation, Newnham Davies reported that the Savoy’s Maître D’hôtel was not keen on a lady being invited into the restaurant’s main dining room:

I ended by saying that I had invited a lady to dine with me. ‘A lady!’ said Joseph, in a rather startled tone; but I assured him that the good angel who was to be my guest knew as much of good cooking as any male gourmet, and was aware that there are some culinary works of art in the presence of which conversation is an impertinence.

Women talked too much, but they also didn’t have the right moral code or self-control to operate in the public sphere or deal with cash transaction, crucial to restaurant etiquette. In his memoirs, French writer Félix Mornand recounted a story that was supposed to have occurred in Paris around 1859. He told the story of a woman, Amélie Ramon, who entered a crémerie and ordered soup and a small piece of bread. While she ate, several of her friends entered the restaurant, one at a time. In response to their arrival, Ramon ordered a full dinner of leg of lamb, wine, dessert and coffee, which lasted several hours. The bill finally came to 13fr. 80c., which the woman refused to pay: ‘She laughed gently in my face [said the owner] … saying: “Don’t you know that a pretty lady never pays for these things, my dear? Its obvious you’ve only just arrived in Paris.”’ 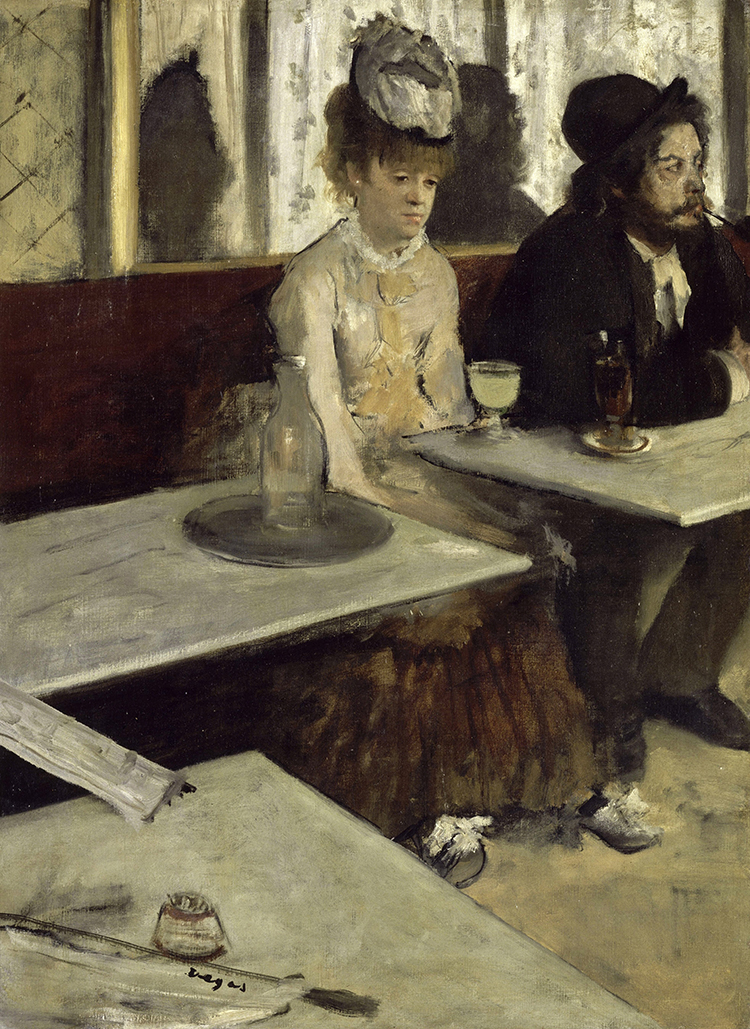 In London, women’s morality caused as much concern as their ability to pay for lunch. At the Trocadero, staff had instructions on how to deal with women diners. A hand-written memo referred to ‘Strange Lady or Ladies in couples (that is to say ladies who you know are not regular customers)’. The idea was that while women might be known to be respectable, it was also possible that new women might try to dine at the Trocadero and that, if they were accompanied, the men of their party could be trusted to keep their behaviour in check; if not, the staff had to make some key decisions. The memo went on:

Should there be any doubt in your minds as to the respectability of a Lady or Ladies asking for tables & who you know to be new customers, you must ask them to take a seat in the Vestibule on the pretense that you will see if any Tables are vacant, and immediately send for one of the Directors or Chief Superintendent. Under no circumstances must you use your own discretion in this matter.

In cases when ‘strange ladies’ were admitted to the restaurant, special precautions were taken in seating them: ‘Strange Ladies to be placed at small tables round the Restaurant, the object being that in case of misbehaviour we can screen the table off.’

The Trocadero’s owners were worried about women drinking too much and may also have shared the contemporary concern about women looking respectable even if they were not – a typical worry of the time, when the city provided anonymity and ready-to-wear clothes might mean a prostitute parading herself in the guise of a fashionable lady. But the need to shield women from view was also linked to male ideas about the exclusivity of fine dining. A woman’s frivolous ways could create an unwanted distraction. 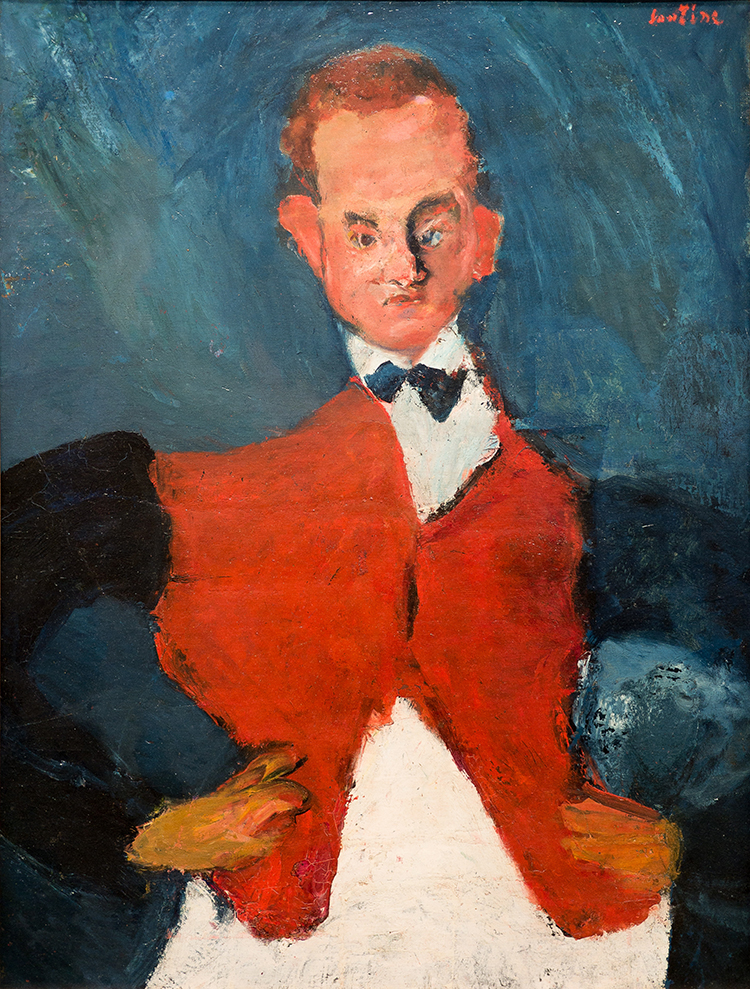 An item in The Caterer lampooned this view of female dinners. A waiter complains that ‘When a lady comes into the restaurant … she always sits down as if terrapin and turtles were nothing to her.’ The waiter complains that women worry too much about money, the complete opposite of the story about Amelie Ramon: ‘She always asks for the bill of fare, and reads the figures first. Men, you know, say, “Do they cook oysters decent?” but she always says, “what do they cost?”’

The waiter in the story then describes women’s lack of focus and inability to read and make use of a menu the way a male diner might:

Then she talks, and to her friend, and she says ‘Do you like vermicelli soup?’ ‘Oh,’ says the other, ‘don’t let’s have soup, it’s so hot.’ ‘I don’t want soup,’ says she, ‘and I hate vermicelli, don’t you?’ ‘Yes,’ says she, ‘but what shall we have? They have splendid chicken patties at Maillard’s, in New York, I wonder if they are good here?’ ‘I don’t know says the other, ‘I had sheep’s head here once, and it was very good.’ ‘Well, let’s have that.’ ‘No,’ says she, ‘don’t let’s have the same thing. You have the sheep’s head and I’ll have the chicken,’ ‘No, have you rare beef ?’ – to me – ‘Yes, miss.’ I say. ‘You have shad?’ says the other. ‘No, it is too late, and don’t let us both have fish. I wish they had Vienna coffee, or that lovely rose sherbet from the Turkish Bazaar. Let us go over there.’ ‘Oh, no, it’s too hot.’ ‘Well, what are we going to have?’ Then they ask if we have fried chicken, and all sorts of other things not on the bill, and if we had – as we haven’t – what would it cost?

One way or another, male writers were reticent to accept women as equal participants in the new culture of dining out. Women talked too much, they didn’t want to pay or they thought too much about money. Whatever the case, all the words written about the down sides of having women in restaurants was, in itself, a clear confirmation that women were inhabiting these spaces. If they hadn’t been, there would have been no reason to write special instructions or publish cautionary tales.

What D’Oyly Carte and Escoffier understood was that eating out was an appealing prospect to not only the very rich, but also the more modest middle class. By the end of the 19th century there were 1,335 restaurants listed in Paris and the London Post Office Directory contained references to 1,280 refreshment rooms, hotels and dining rooms. In 1850 London directory had listed none and only 380 were listed in Paris. The trend was clear: the culture of respectability, domesticity and privacy which characterised the middle classes of the 19th century had grown to incorporate eating in public as an acceptable form of leisure.

Rachel Rich is the author of Bourgeois Consumption: Food, Space and Identity in London and Paris, 1850-1914 (Manchester University Press, 2011). 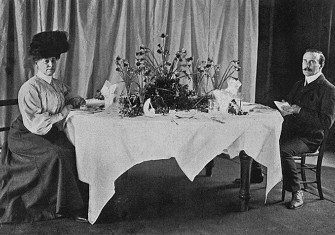 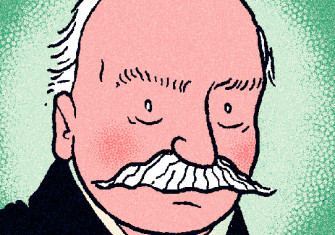