Face to Face with History

Practical details from historical sources may convince us that historical fiction is fact, but, warns Suzannah Lipscomb, such novels are fraught with danger for one in search of the past. 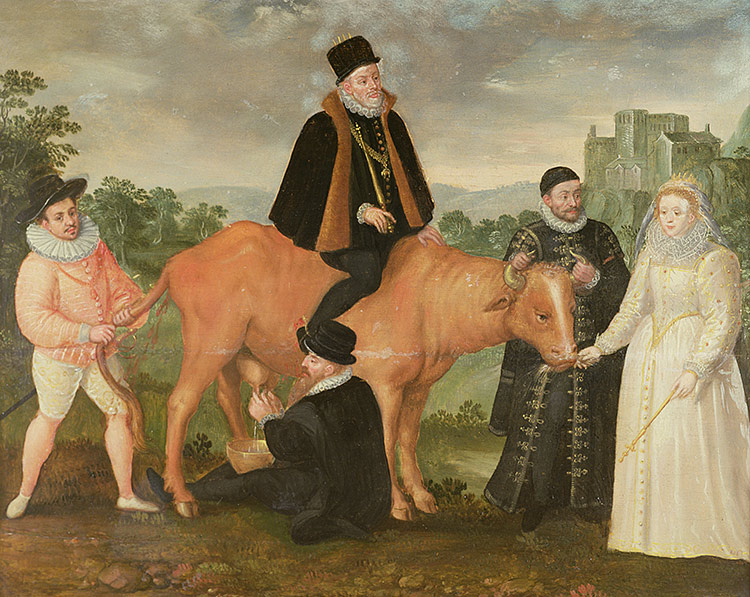 Hilary Mantel says historical novelists have a duty to be accurate and a responsibility to be authentic and we would all surely nod sagely in agreement at this.

If we can trust writers of historical fiction to situate their stories within a framework of accuracy, we can allow their novels to deliver our heart’s desire: a seance with the past, a face to face encounter with the people of history, that we perhaps find lacking in history books. If we can see that their texts are rich with verbatim quotes from historic source material – as Mantel’s novels certainly are – (and if we put aside the notion that the source material was produced by humans with all the inaccurate recall and bias that humans always have in recording memories), we can relax, trustingly, into the novel’s historic world, as if into a warm bath. Then fiction can address for us all those gaps left by history – by the recorders of events in the past – because they were so commonplace. It can tell us what it was really like and how it really felt to live in those days. We can enjoy what Margaret Atwood called ‘the lure of time travel’, because, she adds, ‘it’s such fun to snoop’. Fiction can fill our imaginative senses with the taste of the food, the feel of the clothes and the not-so-scented smell of the streets. We can hear the bustle of horses and soldiers preparing for the battle of Towton, sneak through the Elizabethan underworld, eavesdrop on revolutionary France – all are within our grasp, because the novelist has aligned him- or herself with the two standards that Helen Cam set for good historical fiction in 1961: it must ‘equate with the temper of the age’ and ‘concur with the established facts of history’.

But there is a secret, invidious danger. If a novel bears the imprimatur of historical accuracy – sources are quoted, the mundane details are right:  if the bodices lace up in the right way, if the streets are muddy, if the protagonist can read print but not script – it can create the illusion that what the novel is telling is actually the truth. Best-selling novelist Philippa Gregory states ‘a convincing lie is a wicked thing’ and Atwood, again, charges us to remember what it is the writers of fiction do all day: ‘They concoct plausible whoppers, which they hope they can induce the public to swallow whole’.

What the very best historical fiction can do is convince us of two dangerous things. The first is that human nature does not change at all. This seems an obvious truism but I am not sure it is true at all. What was in the heads of people in the past was very, very different indeed from what is in ours. Their moral compass had a different North. The law of Tudor England stated that it was illegal to kill a bull without it first being tortured in the bull-baiting ring. When Francis Dereham had sex with the teenage Katherine Howard without her consent, he was not thought guilty of child abuse or rape; Howard was thought to be a tart, a siren, a beguiler of men. And it is rare to find a novelist who writes about the 16th century who truly understands the importance of religion. As Robertson Davies puts it, ‘we all belong to our own time, and there is nothing whatever that we can do to escape from it. Whatever we write will be contemporary, even if we attempt a novel set in a past age’.

The second thing fiction can convince us of, as we step into our protagonist’s shoes, is about the nature of an interiority of which we can realistically have no idea. The Cromwell of Mantel’s novels is far more likeable than the historical Cromwell surely was. As the setting, the landscape and the costumes are accurate, are we fooled into believing a ‘convincing lie’ about his character? Mantel’s response might legitimately be: we do not know who her Cromwell is as she has not finished writing him yet nor, actually, do we know who the ‘real’ Cromwell was. For historians, too, write from their own time, with their own biases and use those flawed sources from flawed humans.

So, should all historical novels come with a warning label? THIS IS NOT THE PAST. IT JUST LOOKS LIKE IT. But should history books too?

Suzannah Lipscomb is Head of the History Faculty at the New College of the Humanities, London and author of The King is Dead: The Last Will and Testament of Henry VIII (Head of Zeus, 2015).