How Recent is History?

A revolution in communications and new technology means that we now live in an age of speeded-up history. Historians should wake up to this shift, argues Suzannah Lipscomb. 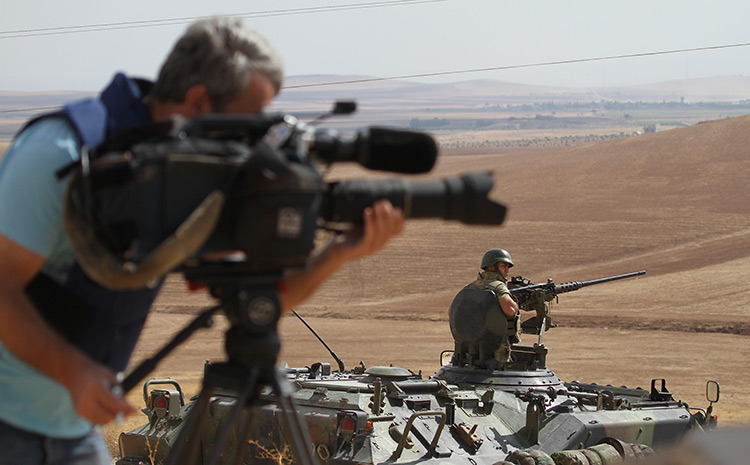 When I was an undergraduate, the Modern History degree ended at 1945. Today the degree I teach ends in 1997. Elsewhere, it tracks even later: BAs in History at Manchester and Lancaster have modules that bring the story up to 2000. Portsmouth even has a course on British identity that ends in 2005. In short, these degrees include events that happened in the short lifetimes of the students reading for them.

This issue is prompted by two recent events. At the Grierson Documentary Awards in 2014, the winner of the award for Best Historical Documentary was the first of a three-part series for BBC2 called The Iraq War: Regime Change, made by the production company Brook Lapping. It was a powerful, informative series, with archive footage and photographs and interviews with the key players from Washington, London and Baghdad, including Tony Blair, Dick Cheney, the deputy director of the CIA and the leader of the Kurdistan Democratic Party.

It is not to detract at all from the brilliance of that series to point out that of the four historical documentaries shortlisted for the award, only one – Oxford Film and Television’s Story of the Jews: Over the Rainbow, the fourth of a glorious five-part series written and presented by Simon Schama – did not focus wholly on the 20th century.

It is hard to make documentaries about pre-20th-century history for obvious reasons. There is no archival footage, no interviews with eye-witnesses and key strategists. The field of vision must be filled with lingering shots of locations, documents, objects and archives, interviews with experts and presenter’s pieces to camera. There is lots of footage of presenters walking around historic sites to provide opportunities for crucial narrative voiceover. Yet programmes on the very recent past are considered by the establishment to be historical enough to win awards.

The Iraq War is the sort of programme that, like all good history television, should make you turn to your history books. One of the books you might pick up is Jack Fairweather’s A War of Choice: The British in Iraq 2003-9 (2011). Fairweather, a former war correspondent in Iraq for the Daily Telegraph and now Bloomberg News Middle East editor, conducted 300 interviews to compile his analysis of the abominable failure of the war in Iraq. The second event that brought this question of the end of history to mind was that he has pulled off such an exercise again and published his companion volume, The Good War: Why We Couldn’t Win the War or the Peace in Afghanistan (2014).

Described in the cover quotes as ‘a superb history’ and Fairweather as ‘a narrative historian of the first order’, the book has nevertheless been rejected by leading history journals for review because the subject matter is not thought to count as history. If television programmes on recent political events count as history, why not books?

Is it because the author offers first-hand war reporting? Or because his book has a didactic purpose, offering a moral tale of the consequences of a lack of preparation and purpose and a surplus of military power? Or is it simply considered too early to believe in the sort of clear-eyed, insightful analysis that Fairweather provides? Is it too raw, too subject to change, to be canonised as history?

Certainly, he can offer only the first interpretation of the campaign. Yet, he uses the same scholarly methodology one would hope to find in a work of history and demonstrates that it is possible to treat the recent past in an historical fashion: like The Iraq War series, for example, Fairweather interviewed the key players – but hundreds, not just a few. By writing these books, he alerts us to the fact that we now live in an age of speeded-up history: an abundance of immediate primary evidence makes it possible to write history much closer to the event.

I wrote to ask Fairweather’s views and he replied with a call to arms:

Why are historians writing about Lawrence of Arabia when there’s 10,000 government memos from diplomats in Iraq and Afghanistan that tell us something fascinating about the evolution of how we fight wars, government institutions adapting, military tactics evolving and anthropological interactions between cultures? I think it is odd that we stop weaving the tapestry in 1945 or 1997. There is urgent stitching to be done.

Historians of the page might want to learn from those of the screen. 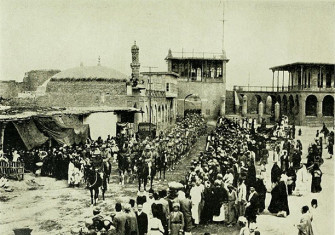